In 1970, Janice Johnson, a Black single mother in Philadelphia, was facing eviction from an old apartment building condemned by the city. She was desperately seeking a place for her and her 8-year-old son to live, and her attempts to rent nearby apartments were coming up short. A landlord suggested she buy rather than rent a home, and just two weeks later, Johnson was approved for a Federal Housing Administration-backed mortgage loan of $5,800.

Conditions in their new home quickly deteriorated after they moved in. The sewer line broke and leaked all over the basement floor. The electricity was sporadic and faulty, the windows were nailed shut and unusable, and Johnson’s son once awoke to find a rat in his bed. But when Johnson complained to the landlord who’d recommended buying the house, he told her the problems were hers alone.

Bankers were encouraged to lend more than ever before — a phenomenon Taylor calls ‘predatory inclusion.’

Racism was deeply embedded in the U.S. housing market in 1970. “Restrictive clauses” in deeds that banned homes from being sold to Black people were common. Black people were barred from the Stuyvesant Town/Peter Cooper Village complex in Manhattan when it opened after World War II, and the developer, the MetLife insurance company, won a court ruling in 1947 that it had a right to discriminate because it was a private entity. Banks and the federal government routinely “redlined” neighborhoods that were predominantly Black or Latino, denying mortgage or property-improvement loans to homeowners and landlords on the grounds that those areas were bad investments.

Two federal laws enacted in 1968, the Fair Housing Act and the Housing and Urban Development Act, were intended to break these patterns, which had proven much more intractable than segregation in restaurants or voting restrictions. The Fair Housing Act was on its surface an attempt to end redlining and discriminatory housing practices, while the HUD Act called for massive construction or rehabilitation of housing units, abetted by new partnerships between the federal government and the private sector. Taylor argues that these partnerships perpetuated the racial gap in homeownership and were ultimately “intended to create greater penetration and mobility for capital, not people.”

By expanding homeownership to an unprecedented number of Black Americans through small down payments and government-insured mortgages, a “collaborative relationship” between public and private sectors emerged. Rather than contribute to the false narrative of housing inequality as a decades-long “crisis,” Taylor instead says that this relationship gave disproportionate control over housing access to the real estate industry and bankers who were encouraged to lend more than ever before — a phenomenon she calls “predatory inclusion.”

The HUD Act, she writes, made dilapidated housing valuable to developers, which ultimately overrode the incentives it gave them to build new affordable-housing units. Suburbanites consistently resisted the construction of low-income housing, and housing-industry executives lobbied hard for the use of existing housing units in city centers. As this new housing market came to be “almost out of thin air,” the prospective homebuyers the law was targeting — mostly low-income Black families — were pressured by predatory real estate brokers into buying overpriced properties, sometimes at over three or four times their value. 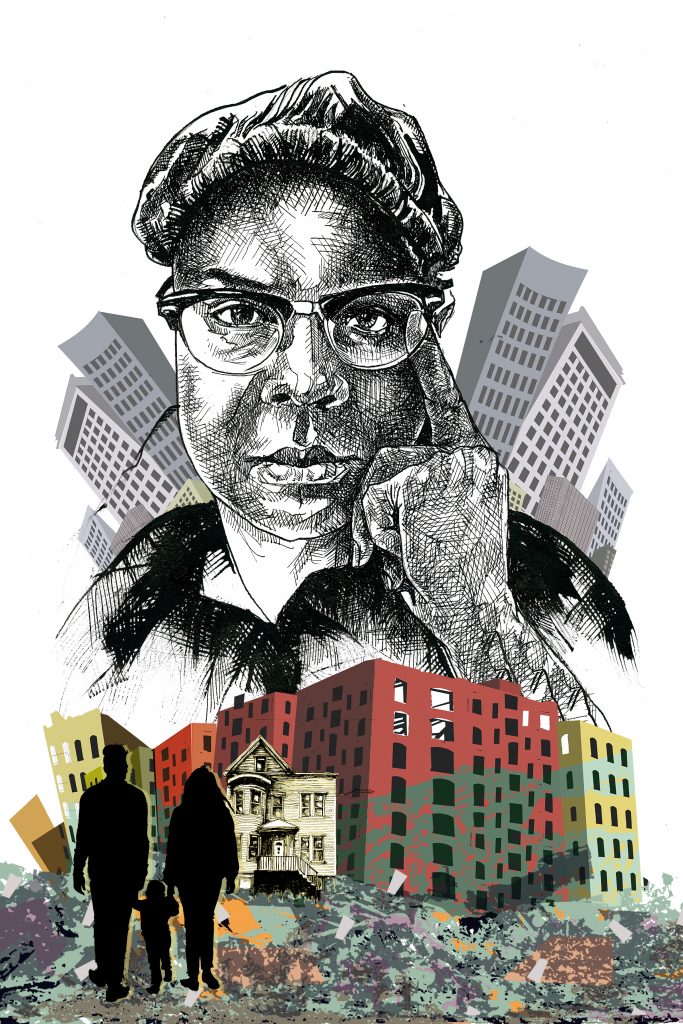 Taylor uses this angle to guide her explanation of the social conditions, policy changes, and economic ins and outs that have paved the way for the continued segregation and wealth dispossession of Black Americans. The vastly expanded access to affordable housing in the decades after World War II — by 1960, 60 percent of adults in the U.S. were homeowners — cemented homeownership as a fundamental feature of life and the accepted norm for families. However, Taylor uses ample evidence to underscore the problems that have come from framing homes as a commodity and an indicator of economic mobility.

She also focuses on the demonization of Black Americans as “incapable” homeowners, which often manifested itself in “the prevailing wisdom that ‘homogenous neighborhoods’ were the most valuable.” Taylor points out that many of the issues orbiting around the appraisal of property values were rooted in a lack of uniformity in standards and licensing.

Similarly, when President Richard Nixon announced that the federal government would not enforce local compliance with the Fair Housing Act and thus would not “impose economic integration upon an existing local jurisdiction,” he made the false assumption that people in the United States all had equal ability to buy homes within their means.

This laid the foundation for weak enforcement of the Fair Housing Act and malpractice by real estate brokers, bankers and local politicians alike, which is particularly relevant amid the Trump administration’s attempts to cut federal funding for housing, health, environment and education programs across the map. Housing secretary Ben Carson is advocating for the rollback of a federal policy that withholds funding from cities if they don’t address racial segregation, a move that advocates say would dissolve the ability to enforce fair housing.

Taylor points out that the systemic foreclosure of Black-owned homes that followed deregulation in the 1990s, the erosion of house prices in Black communities and the embedded market assumption that Black buyers are “risky” were the factors that combined to allow “the re-emergence of naked, predatory practices in the real estate market.”

Taylor’s book is compelling and artful in its presentation of a racist and manipulative housing market. After tying together the many components at work within the nation’s housing horror story, she concludes on the note that “the partnering of public institutions in these private practices that are contingent on racial practices is a recipe for continued inequality, compromised inclusion, and unfair outcomes.”

Race For Profit is an invaluable historical dive into a topic that needs much more attention, but I found myself wishing for Taylor’s perspective on housing reforms and imaginative thinking about more anti-racist affordable housing policy.

Meanwhile, efforts such as Moms 4 Housing, an Oakland collective of insecurely-housed mothers that occupied a vacant house with their families for more than two months, are drawing attention to housing inequity. After the group was evicted from the house by local sheriffs, the property owner announced it would sell the home through the Oakland Community Land Trust, allowing the moms to purchase it via the trust. Actions like these, and organized community support, are not a solution to our broken, racist housing system, but they go a long way in raising awareness and holding real estate owners and brokers accountable.

Race For Profit debunks the myths of homeownership as a just representation of market opportunity. History, Taylor writes, is not repeating itself with housing inequality, but cyclically proceeding as an inevitable effect of a racialized system perpetuated by capitalism. Our current situation is “predictable” because the home has “continued to be promoted as the fulfillment and meaning of citizenship.”