As Egypt rounds out nine years since the revolution that forced out former President Hosni Mubarak it has moved even further from the hope of bread, freedom and social justice called for in 2011. In the past two years, Egypt’s President, Abdel Fattah el-Sisi, has increasingly centralized the power of the presidency and clamped down on the slightest dissent.

In April 2019, Egypt passed a referendum to extend presidential terms from four to six years, with a limit of two terms. This significantly expands the current president’s reign, permitting him to remain in office until 2030.

The extension of el-Sisi’s powers has come with increased scrutiny of his policies. In February 2019, there was a protest at the Ramses Train Station in Cairo, after a train ran into a barrier at high speeds, exploding its fuel tank and causing a fire that spread through parts of the station. The incident killed 22 and injured 45. Many blamed al-Sisi for not investing in national infrastructure, citing a previous speech in which the president claimed the $600 million-plus needed to improve the railways would be better spent collecting interest.

“The demographics of protesters were an indication of clear generational change in Egypt,” says Mohammed Soliman, a non-resident scholar at the Middle East Institute. “These protesters were 16 to 23 [years old], meaning they were barely teenagers during the Egyptian Revolution.”

Thirty-five protesters were detained, including a trans woman, Malak al-Kashif, who was held for 120 days in pretrial detention before being released.

There was a short glimmer of hope last year. In September, Egypt saw its biggest wave of national protests in years.  Unlike the small protest at Ramses, these were not tied to a particular catastrophe, but rather popular dissatisfaction at poverty throughout the country, highlighted by a YouTube channel with a chain-smoking anti-hero, Mohamed Ali.

Not a seasoned activist, but rather an actor with a playboy persona and a construction business, contracted by the government, Ali began releasing videos exposing corruption, such as the building of a seven-star hotel that benefits a top-ranking general, as well as luxurious presidential palaces. Gaining millions of followers, these videos struck a chord in a country where a third of the population lives under the poverty line. 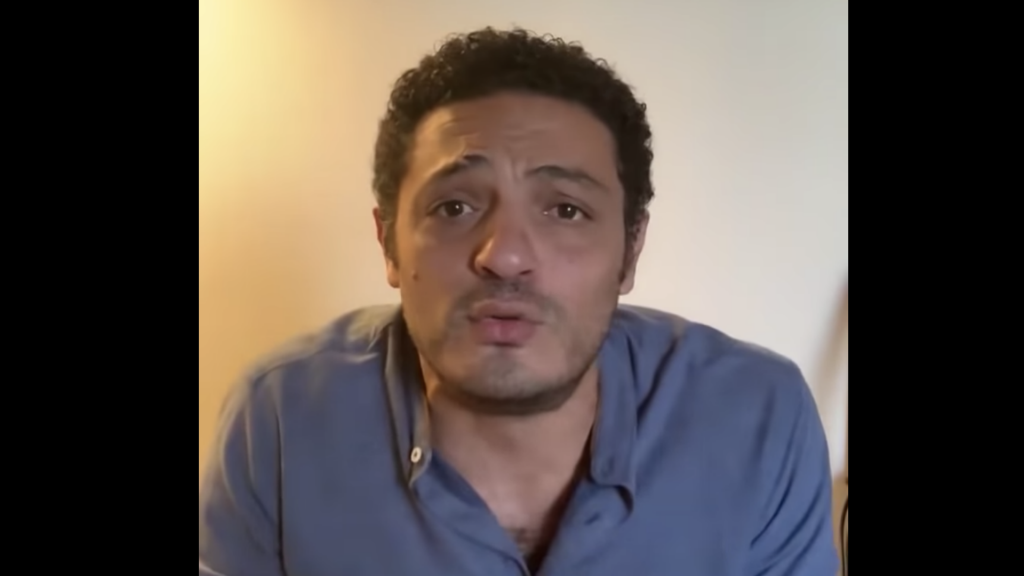 “The discontent is economical primarily,” said Ahmed El Hady, co-organizer of protests held outside the U.N. General Assembly during the September protests. “This mobilized larger subsections of society because these allegations have been growing, but only a limited amount of people knew about it.”

A week of small, spontaneous protests followed, leading to a crackdown in which over 3100 people were arrested, including 100 children. Arrests were not only of protesters. Human rights attorney Mahienour El-Massry was detained as she left the courthouse where she was representing the demonstrators. There were also reports of police arresting pedestrians at random who refused to grant them access to their cellphones.

These events underscore two larger norms of the regime: mass arrests and media suppression. Human Rights Watch estimates that there are over 60, 000 political detainees in Egyptian prisons. Globally, Egypt ranks amongst the highest in terms of incarceration rates. Since 2011, it has built 19 new prisons, where torture and overcrowding are commonplace. Inadequate access to medical care is also commonly reported — highlighted last year when ousted President Mohamed Morsi succumbed to a heart attack in the courtroom while facing charges related to his short rule.

According to the Cairo based al-Nadeem Center for the Rehabilitation of Victims of Violence and Torture, there were 28 detainee deaths, 90 cases of inadequate access to medical care and 213 individual cases of torture of persons held in custody in the first six months of 2019 alone.

Egyptian authorities have increasingly embraced the practice of re-ordering the detention of detainees on fabricated charges, as they are about to be released.

Just as disturbing is the example of Alaa Abdel El-Fattah, a prominent Egyptian activist who was given a five-year sentence in 2013 for violating a law criminalizing unauthorized demonstrations. Released in March of last year, El-Fattah was serving an additional five-year probationary period in which he was ordered to spend every night in a police station but was transferred to indefinite detention on Sept. 29.

As the independent Egyptian news outlet Mada Masr reports,  El-Fattah is charged with “belonging to an illegal organization and spreading false information. His detention is renewed by the State Security Prosecution every 15 days”

Freedom of the press ballooned during the 2011 revolution, but the military was quick to clamp down during the thermidor.

Besides its people, information has become public enemy number one for the Egyptian security apparatus. Egypt has increased its capacity to clandestinely track its citizens locations and communications through their cell phones.

While freedom of the press ballooned during the revolution of 2011, the military was quick to clamp down during the thermidor. In 2017, Egypt began a campaign of internet censorship. Within a year, security agencies blocked over 500, mainly news, websites. This is an increase in the regime’s digital sophistication compared to the uprising in 2011, when it shut down all internet and cellular communication in response to street protests. During the referendum on term limits this year, the suppression reached a crescendo with the blocking of 34,000 domains in an apparent attempt to hinder a campaign opposed to the constitutional amendment, the net transparency group NetBlocks reported.

The internet shutdown follows a 2018 media law, allowing the state to block websites and social media accounts with more than 5,000 followers if deemed a national security threat. Anyone who browses censored information faces at least a year in prison and a fine. Sharing content from censored websites could result in a minimum prison sentence of two years. The law also forces news agencies to register with the government. According to the Committee to Protect Journalists, Egypt is tied with Saudi Arabia as the world’s third worst jailer of reporters. Twenty six were arrested last year.

Mada Masr, a bilingual publication, is an example of the tenacity needed to remain independent in Egypt. On Nov. 24, 10 large, plain-clothed men forcefully entered its offices, detaining 16 staff and freelancers. The raid came after one of its editors, Shady Zalat, was arrested at his home the day before. Over several hours agents questioned editor-in-chief Lina Attalah and journalist Mohamed Hamama. All were released later that day, including Zalat.

In response to the attempts at intimidation, Mada Masr recently began using a TOR server, in attempt to evade a blocking campaign that has taken down its site 22 times since 2017. In other words, they’re angering the right people.