It’s 7 a.m. on a Saturday morning and a row of sleeping bags wraps around the base of the Woolworth Building from Park Place onto Broadway. Covered from the elements by scaffolding, two dozen bleary-eyed campers (including this reporter) slowly wake up amid stacks of empty pizza boxes and a scattering of homemade protest signs.

Welcome to Bloombergville. It’s June 2011 and this motley collection of protesters is trying to call attention to then-Mayor Michael Bloomberg’s push to cut hundreds of millions of dollars from vital government programs and services and layoff thousands of city workers. Living across the street from the south end of City Hall Park, Bloombergville’s inhabitants share a sense of outrage about the mayor’s proposed cuts and a determination to do something more than hold the usual protest rally.

“If you are a Wall Street banker, you have access to Bloomberg whenever you need it,” one protester tells me. “But if you are from the boroughs and are a worker or a student or a teacher, you can’t even get to the steps of City Hall.” 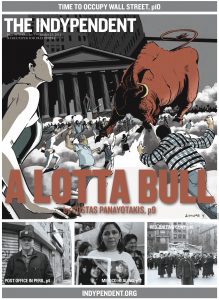 Bloombergville would disperse after three weeks. Many of its participants would go on to play key roles several months later at Occupy Wall Street — the protest movement that would put class at the center of American politics for the first time in decades, before the police swept it away at Bloomberg’s command.

Nine years later, the same forces are arrayed against each other. This time Bloomberg is running for president with billions of dollars of his own money to throw around while the movement of the 99 percent has coalesced around Bernie Sanders and, to a lesser extent, Elizabeth Warren.

In corporate speak, think of the Democratic Party as a “distressed asset” — a legacy brand poorly run for years by senior management and now facing a hostile takeover by angry shareholders who think they can do a better job running things. The company’s board is desperate to find a white knight investor who will buy them out while allowing them to keep all their perks and privileges. Enter Michael Bloomberg.

We’ve seen this movie before.

As with Trump, New York City was the petri dish where Bloomberg’s public career came to life.

For Democrats who are beneficiaries of Mike’s largesse, living in Bloombergville means something very different.

Where Trump honed his brash outer-borough tabloid persona and built gold-plated monuments to himself, Bloomberg, the Upper East Side patrician, systematically bought off everyone in his path. He spent $268 million in his three mayoral campaigns, overwhelming his opponents. His philanthropic arm injected over half a billion dollars into local arts and nonprofit groups, buying their gratitude and silence in equal measure.

Bloomberg’s mayoral reign was not without its technocratic achievements — a ban on indoor smoking, the first bike lanes and the advent of the 311 helpline — but being ruled by the richest man in town mostly sucked. It was gentrification and displacement on steroids. Forty percent of the city was rezoned for the benefit of real estate speculators. A brutal police force terrorized neighborhoods consisting predominantly of people of color and wielded an iron fist against any public displays of dissent.

For most of his time in office, most of the New York City media gave Bloomberg uncritical, often adoring coverage. The Times, the Daily News and the Post might as well have been working out of his press office. When Bloomberg decided to seek the repeal of term limits so he could run for a third term, he met first with the owners of those esteemed publications and received their promise of support.

The wheels came off the wagon in Bloomberg’s third term. The $600 million CityTime scandal, the botched response to a blizzard that dumped 26 inches of snow on the city while the mayor vacationed in Bermuda and a fumbling response to Hurricane Sandy finally called his reputation for managerial expertise into question while the unceasing expansion of racist stop-and-frisk policing sparked a backlash that could not be ignored.

Now Bloomberg is at it again, using his great wealth to rebrand himself to the rest of the country as a pragmatic leader who “gets things done” while receiving endorsements from scores of prominent Democrats who are past beneficiaries of his largesse. For them, living in Bloombergville means something very different.

As we go to press a few days before Super Tuesday, it’s unclear how Bloomberg’s gambit will pan out. He’s proven to be a terrible debater, but deep pockets may keep him at the center of the race through the spring and summer.

Here at The Indypendent, we covered the grassroots movements that resisted Bloomberg’s plutocratic regime and fought for a more just city that could make room for all of us. We haven’t forgotten what he got done. Our reporting this month is dedicated to the people who fought those struggles, often against great odds.

What we can fit in the pages of our newspaper is only the tip of the iceberg. We have also launched a website, bloombergfiles.org, where we will share more New Yorkers’ stories of life under Bloomberg. If you would like to share your story or just leave a comment, you can reach us at contact@indypendent.org or 212-904-1282. 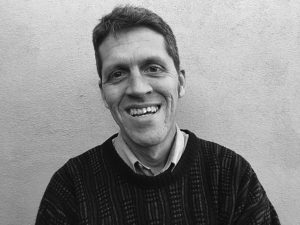