The Indypendent
Menu
A Free Paper for Free People
Joselyn Castillo near where she was arrested for “loitering” by the NYPD. Photo: Sue Brisk.

It was 2 a.m. and Joselyn Castillo was walking in the cold with her brother, rushing to pick up antibiotics because he was sick. They were on 93rd Street in Jackson Heights when they were stopped by the police.

“He told me I was loitering for the purpose of prostitution and that my brother, who was by my side, was my client,” Castillo recounted in Spanish. “They asked for my ID, so I showed them my NYC ID. They said they didn’t want this one but my real name — a man’s name — on my ID from my country of origin.”

Advocates fighting to decriminalize sex work here in New York State refer to moments like this as “walking while trans” and compare it to the Bloomberg-era practice of stop-and-frisk policing. Cops disproportionately target and harass trans women and “loitering” statutes are one of the tools in their arsenal.

When Castillo, an undocumented transgender woman from Guatemala, and her brother showed the officers their IDs, proving that they are in fact siblings, they were let go. Many are not so lucky.

Supporters and opponents of decriminalization have clashed at protests and other events.

Decrim NY, a coalition working to destigmatize the sex trade in New York State, is focused on repealing the loitering statue this legislative session, which Gov. Andrew Cuomo supports. In the long term, Decrim NY is advocating for the Stop Violence in the Sex Trades Act. It would repeal laws associated with criminalizing sex work and clear the records of those who were previously convicted under these laws. While in New Zealand, sex workers successfully advocated for decriminalization in 2003, if the bill is passed, New York would become the first state to do so in America.

Castillo became a sex worker because she was unable to find work after her transition despite having experience in the service industry. This is not uncommon. A 2008 study of almost 700 transgender adults across the United States found that about 70 percent of respondents experienced some type of discrimination in the traditional workforce and 11 percent had participated in sex work.

“Many people ask, ‘Why do you do it?’ but we have to pay rent and taxes and survive,” Castillo said. Sex work enabled her to financially support herself, as well as her brother in Guatemala who is now a college graduate with a steady job.

Opponents of decriminalization have formed their own coalition, New Yorkers for the Equality Model, and have clashed with Decrim NY at protests and other events. They support the repeal of laws that criminalize sex workers but they believe that sex buyers should be criminalized as a way to decrease sex trafficking.

Referred to as the end-demand model, this approach has been implemented in countries such as Canada and Norway. It seeks to shrink the sex trade, which its proponents see as fundamentally exploitative.

TS Candii, a current sex worker and member of Decrim NY, counters that criminalizing clients “makes us more of a target” because it forces sex workers to accept lower pay and potentially worse working conditions.

(New Yorkers for the Equality Model did not respond to requests for comment.)

Like many LGBTQ youth, Candii became homeless as a teenager when she was abandoned by her family.

“When I started selling sex, it basically saved my life,” she said. Activists fighting for the end-demand model are “just going off of biased feelings, judgments and morals.”

While sex trafficking is distinct from consensual sex work between adults, the two are often conflated. The passage of federal anti-trafficking legislation in 2018 eliminated the various websites sex workers depended on to find clients who they could screen to avoid dangerous situations. Since then, sex workers have had their earnings seized and many have been pushed back onto the streets. 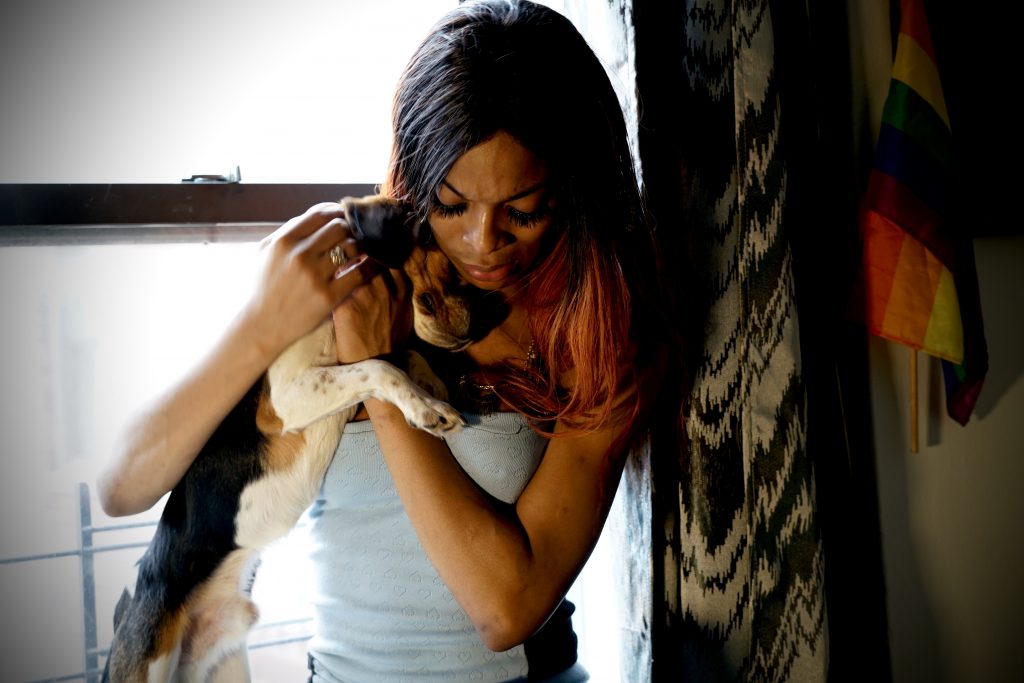 In New York, after an arrest, sex workers are often sent to the Human Trafficking Interventions Court where they are referred to mandatory counseling programs to avoid jail time. The court has been criticized as ineffective and for conflating sex workers and victims of trafficking.

Criminalization can carry grave consequences for immigrants. The NYPD and Immigration and Customs Enforcement (ICE) share information via federal databases that enable ICE to track and detain undocumented immigrants.

For Castillo, an arrest could result in deportation back to the very country she fled.

“More often than not, both trafficking victims and sex workers are at risk of deportation the moment they are arrested,” Esther K. of Red Canary Song, a group that supports grassroots organizing among Chinese massage parlor workers in New York City, wrote in an email to The Indypendent. She noted that anti-trafficking raids and arrests almost always directly lead to deportations. “The criminal system is not a safe harbor — it’s a tool of the state to control and exercise power.”

Decriminalization will allow massage parlor workers to turn to the police to report violent crimes or theft and eliminate fears that cops will charge them with sex work-related offenses.

Tiffany Cabán, who ran for Queens district attorney on a platform of decriminalization, framed the issue around public health and safety at a February town hall where Castillo, Candii and Queens state Senator Jessica Ramos were also on hand.

Such was the case for Layleen Polanco, a 27-year-old trans woman, who died in Rikers Island while being held for sex work-related offense. Although officials were aware of her medical condition, she was placed in solitary confinement where she died of an epileptic seizure.

“I have had people ask me,” said Sen. Ramos, a co-sponsor of the Stop Violence in the Sex Trades Act, “what I would do if one of my sons were to become a sex worker? That to me is the wrong question. To me, the question is: if my son were to have to ever become a sex worker, how would he be safe?”