Andrew Edlin’s uncle Paul spent much of his life going from job to job while diligently making art in his small New York City apartment. Born deaf during the Great Depression, by the 1980s he was exclusively producing extraordinary collages made of micro-dissected postage stamps.

In 1995, Edlin, who was working in finance, took samples of his uncles’ work to various galleries in Soho, where he was informed that it was “outsider art,” a term that he was then unfamiliar with. Aarne Anton of the American Primitive Gallery, however, immediately responded to the work.

To definitively diagnose what does or does not constitute an outsider artist is a somewhat contentious subject, and as often as not results in futile flailing in what amounts to little more than a semantic quagmire. That being said, there is at least some consensus on the history of the idea of an “outsider artist.” 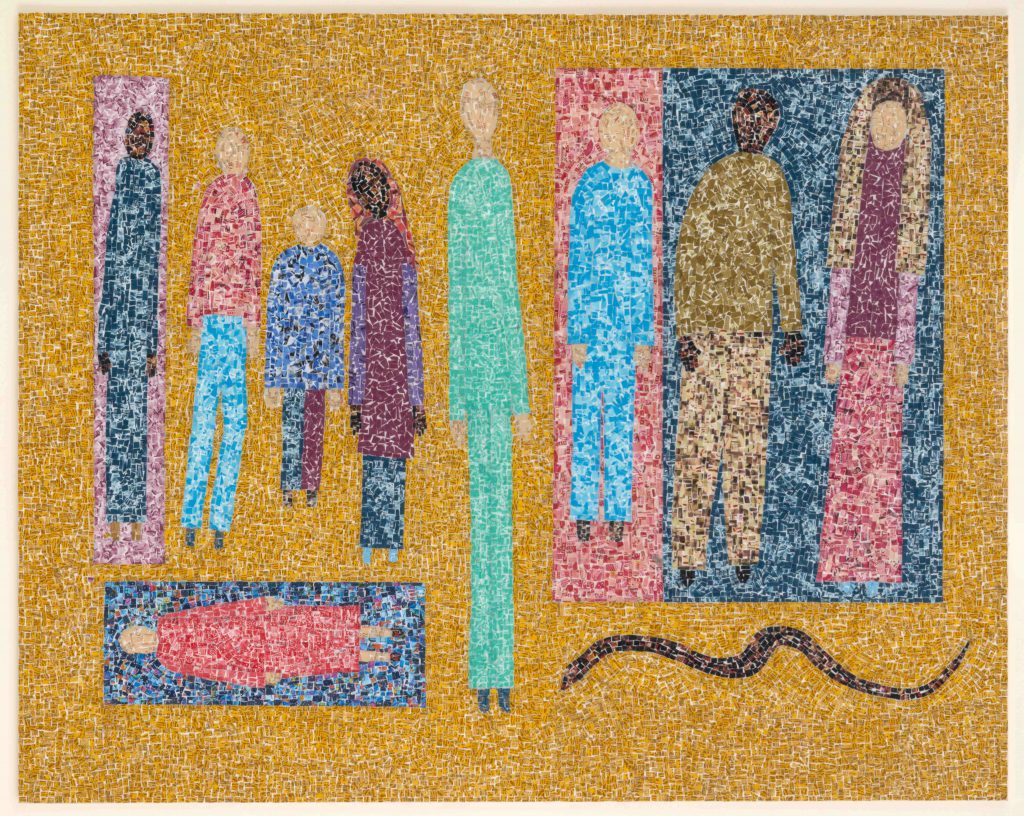 The turn of the 20th century saw a growing interest in art produced outside the boundaries of official culture, indeed, outside the boundaries of society itself. Noted artists of the day, such as Paul Klee, Max Ernst and the members of the German art movement, Der Blaue Reiter,  among others, began to draw inspiration from the work of children and what they perceived as primitive cultures; from individuals who were long term inmates of psychiatric hospitals and prisons, hermits, recluses, and eccentrics whose work was imbued with an expressive power born of what was perceived as a lack of sophistication.

The French painter and sculptor Jean Dubuffet, in a quest for a more authentic and humanistic approach to artistic expression, coined the term “art brut” — an attempt to identify those artists whose work was oblivious to what he described as “the futile society, the fallacious parade.”

It was almost another 30 years before the concept of art brut would be bought to a wider audience, when, in 1972, the art scholar Roger Cardinal, who passed away last year at the age of 79, published the first English language book on the subject. It’s title: Outsider Art.

Cardinal himself was not a fan of the title and claimed that it was forced upon him by his publishers.

“In the end there is no such thing as outsider art,” he wrote, “no more than there is such a thing as the general public. There is only the ferment of individuality.”

Nonetheless, the term has stood the test of time and remains the widely accepted descriptor for the work of the untrained artist.

Edlin shares Cardinal’s misgivings. When broached on the subject he gives an almost imperceptible shake of the head.

The ensuing press and sales of his uncle’s art resulted in significant life changes for Andrew and Paul.

Inspired by his uncle’s success, Edlin opened his first gallery in a loft space in Chelsea in 2001 with a program dedicated to outsider artists. Over the years, it has switched locations a number of times but has consistently presented provocative and critically acclaimed shows from both trained and untrained artists. The gallery’s place in the outsider art world was cemented when, in 2006, it was awarded exclusive representation of the estate of Henry Darger — known for his strange and often-violent portrayals of transgender Catholic school girls battling the forces of evil in outer space and long considered one of the world’s most celebrated outsider artists.

By 2011, Edlin and his company, Wide Open Arts, assumed control over the Outsider Art Fair, purchasing it from its founder Sandy Smith. The event offers the best opportunity to view the works of the world’s most established and up-and-coming outsider artists and has grown under Edlin’s leadership to host a sister fair in Paris every autumn. This January marked the 28th anniversary of its original New York City incarnation, as the Metropolitan Pavilion played host to dozens of galleries from across the world.

“I couldn’t resist the resonance of the street number!” he says, referring to the iconic Manhattan telephone prefix. 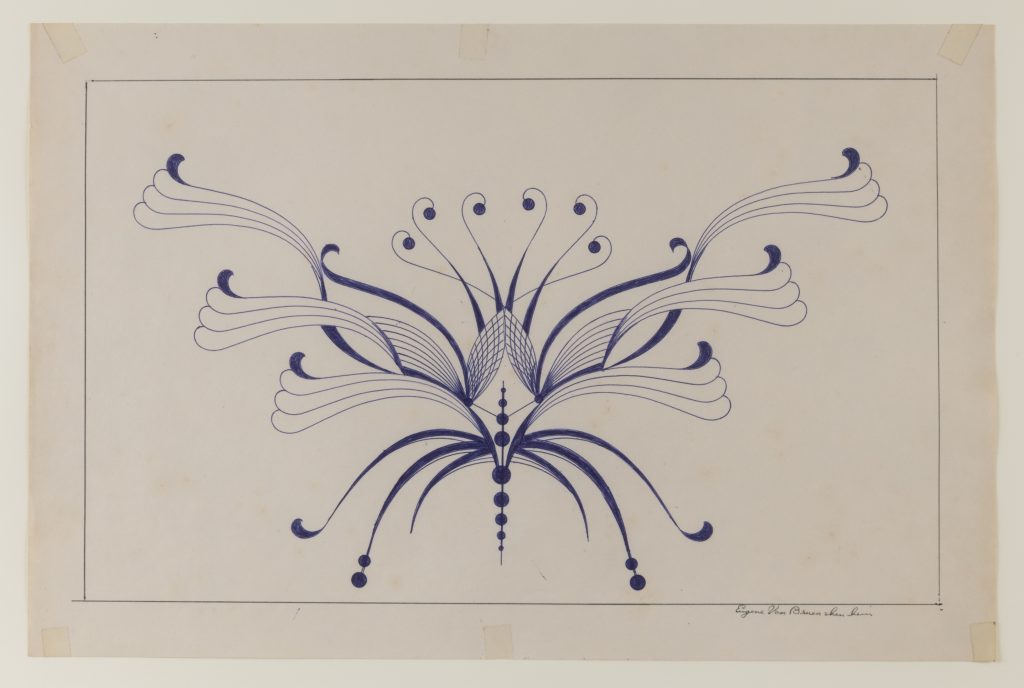 Von Bruenchein was an extraordinarily prolific Milwaukee-born artist who, over a period of 50 years until his death in 1983, produced a wide variety of images and sculptural objects. Although his work remained undiscovered until after his death, he is perhaps best known for his oil paintings, hallucinatory and abstract images daubed on masonite and cardboard using the artists’ fingers.

Unlike von Bruenchein, Knight is a trained artist whose work is in the collections of the Museum of Modern Art and the Brooklyn Museum, among others. This show features new work from her series Notes from the Lightship. This series of diagrammatic paintings and drawings feature a constructed language of hieroglyphics and symbols that the artist has developed over a period of 20 years.

The work of these two artists is both enigmatic and provocative. Though born of markedly different circumstances, it shares a paradox in that its apparent ineffability invites the viewer to imagine and perhaps even momentarily experience the state of grace that is not knowing.

“It’s not about deciphering the work,” says Knight. “It’s about living with the unknown.”