This weekend, The Indypendent’s Amba Guerguerian spoke with residents of Corona and Jackson Heights, Queens over their mounting concerns of COVID-19. Many of them members of Spanish speaking communities, they described fearing food shortages, contracting the illness and a lack of future economic prospects. They also expressed a distrust of the government’s ability to manage the crisis. Their comments have been lightly edited for clarity and concision. 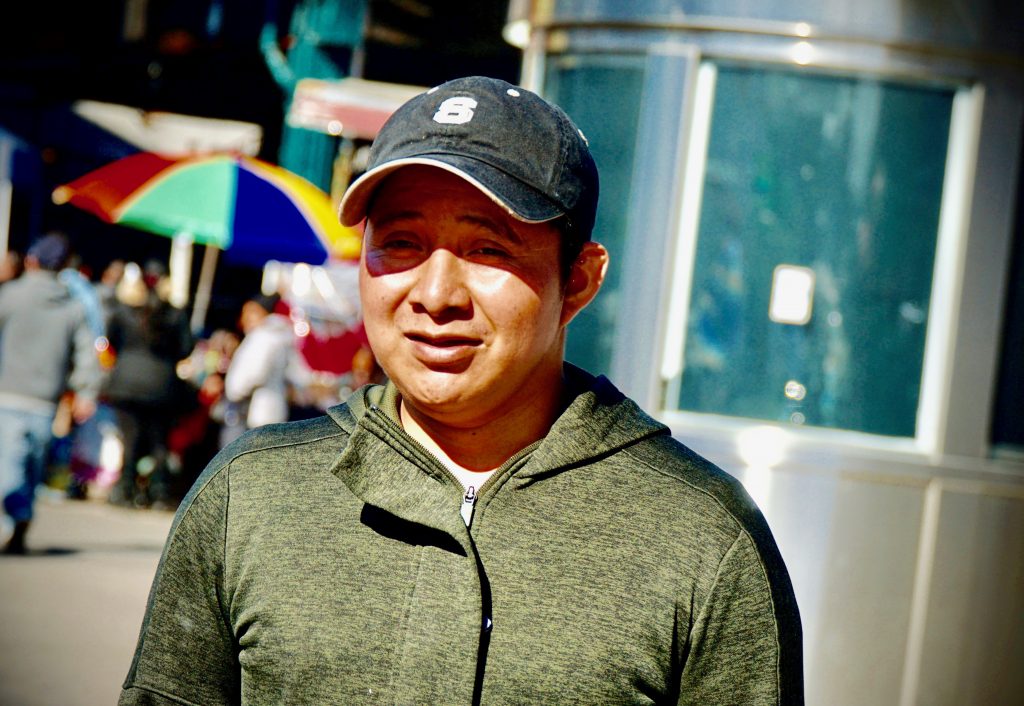 I’m preparing water and food, and I’m going to start to buy more. I’m preparing for what might happen in the future. It’s possible that the government has ways to save us, but nobody knows. I don’t really believe that they have the ability to protect us if things get worse.

Business is slowing down. Some stores have closed. There are not a lot of people going out to eat. I work in a deli in Manhattan. Things are slowing down because of the crisis. The business people, lawyers, they’re not working anymore. I have fewer shifts, they’re getting rid of people. I’m scared. I don’t have sick leave or health insurance.

My family is in Guatemala. For now, there is no virus there. 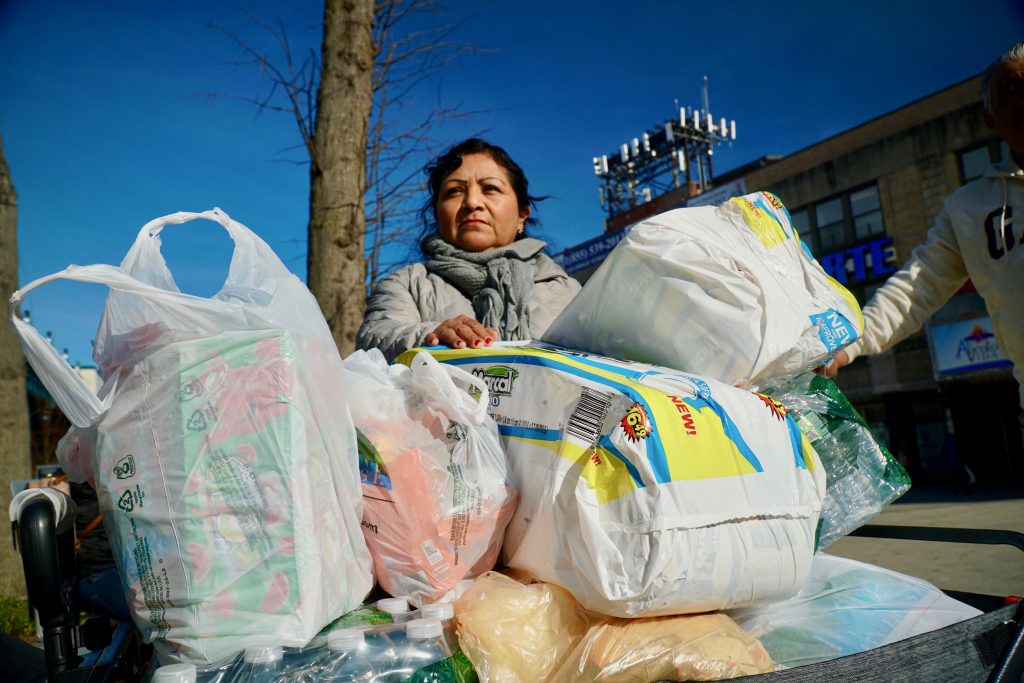 We’re scared. Because of the illness, everything in the store is more expensive. My shifts are getting cut a lot, too. This week, I only worked twice. I clean houses. They’re calling me and telling me not to come in. They’re not saying why, but it’s obvious.

We hope that the president can help us, us poor people. Because now, everything is expensive. Everything, everything. There’s no hand sanitizer, not in any of the stores. We’re looking, but it’s already gone. 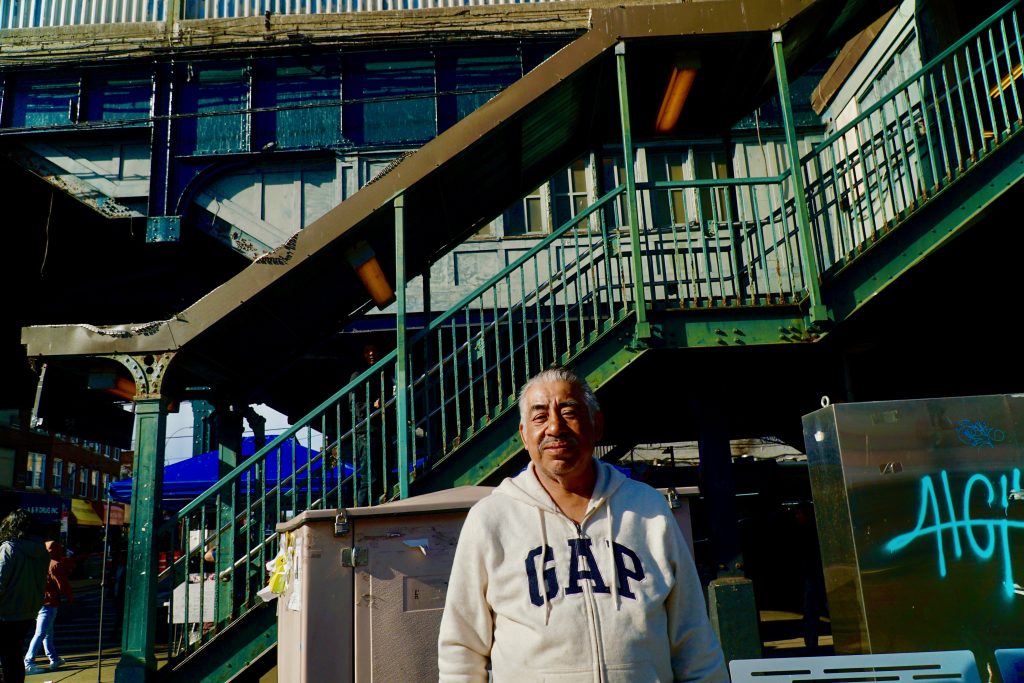 The prices have surged a lot, prices of everything, since about two weeks ago. I began preparing last week in case the virus hits. But we pray to God that it doesn’t. It’s whatever God wants, we really can’t say if it’s going to arrive or not, but we’re preparing. Everything depends on God.

I work in construction. I work all over. I wake up early — 4, 5, 6 a.m. It depends on where I work, but work is already slowing down a lot. We don’t have sick leave, so we have to keep working. Everyone in this city needs their work. You have to pay for this, you have to pay for that. And rent isn’t going to stop. Never.

I don’t believe that the government can handle this. It’s very hard, very hard. I don’t think they’re going to protect me. They’re not very democratic and they’re very racist. They should protect us, but they won’t. Trump is not paying attention. One day, he says one thing, the next day another. Who can believe him? 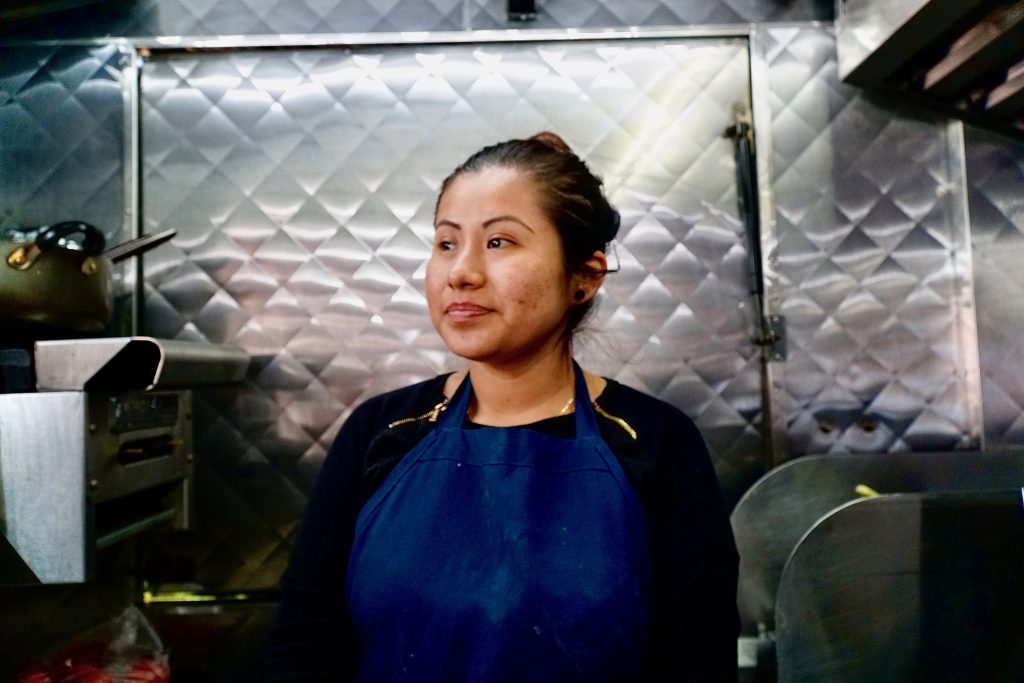 I’ve still been thinking that it’s not really certain whether it’s gonna hit, but now the situation is getting too complicated. Over the past few days, I’ve been seeing people starting to buy water, toilet paper, preparing food. And the markets are beginning to empty. There’s no meat, water, or toilet paper. There’s no sanitizer. There’s nothing antibacterial and everything’s expensive.

I’m nervous, honestly, a little scared about what’s gonna happen, because now we are seeing that business is slow, really, really slow. It’s slow here, too [in the taco truck where I work]. All of the neighbors are saying that they’re scared. All of the business owners are saying that everything is slow. But it’s really been getting worse the past couple days. Everyone is getting disturbed and frightened, and they’re all preparing. I still haven’t prepared, because I’ve been telling myself that it’s going to pass, it’s going to pass.

I have two daughters here and one in Mexico. Their school sent the ones here home with papers saying that we need to prepare in case they close the schools and that they’re going to send packets of schoolwork home. They’re going to send information about how to take classes online and they’re telling us to prepare ourselves for whatever they advise. They’re telling students not to enter or leave the country. I talk to my daughters every day, I’ve been trying to keep them calm, telling them it’s going to pass. But I have told them not to go out much, to stay home with the babysitter.

If everything keeps moving in this direction, things are definitely going to get worse. People are getting sick, not only here, but everywhere. It’s already all over the world. Daily life is changing because we are saving money, trying to be ready for whatever, constantly checking the news. More than anything we’re listening to what the city says, what the mayor says. 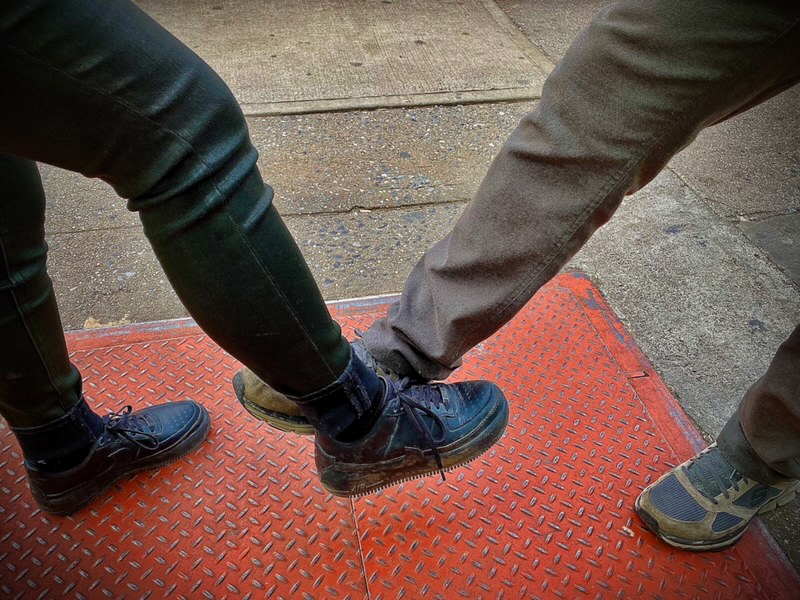 In Queens and across the country, will this greeting replace the high five?

I still take the subway every day. During the busy hours, early morning, it’s really hard. It is risky. At the same time, I’m talking to you. You’re very near to me. I’m even thinking, you know, in the back of my mind, that if you are carrying the virus, you might give it to me. I’m constantly thinking about it. We are human and we learn from the public a lot. There is news all the time, we’re definitely feeling scared. The media makes us panic. It’s all coronavirus 24 hours a day. Even though the virus is affecting what percentage of the population, I don’t know exactly, it’s affecting human beings a lot overall.

It depends on us, how bad things are going to get. The government is doing things, but I believe that we also have to cooperate. Governments are also human beings.

I work in neuroscience at NYU. We have not received any notice not to continue research. It has been suggested to work from home if possible, but we have experiments planned. It’s been suggested that we not plan future experiments. I’m going, in fact, six or seven days a week.

Washing hands is just an extra precaution. But people wash their hands, and then they touch their phones. Washing hands helps, but it doesn’t mean you can stand next to people and know who is infected. Out of all the population, we really don’t know who is spreading the virus.