The Indypendent
Menu
A Free Paper for Free People
Donald Paneth with Nicholas Powers and his son.Photo: John Tarleton.

“That’s bullshit,” Donald laid it down.

“Donald!” we laughed in shock, turned our faces, yep, there he sat in a suit and large glasses, with bald head and pursed mouth. 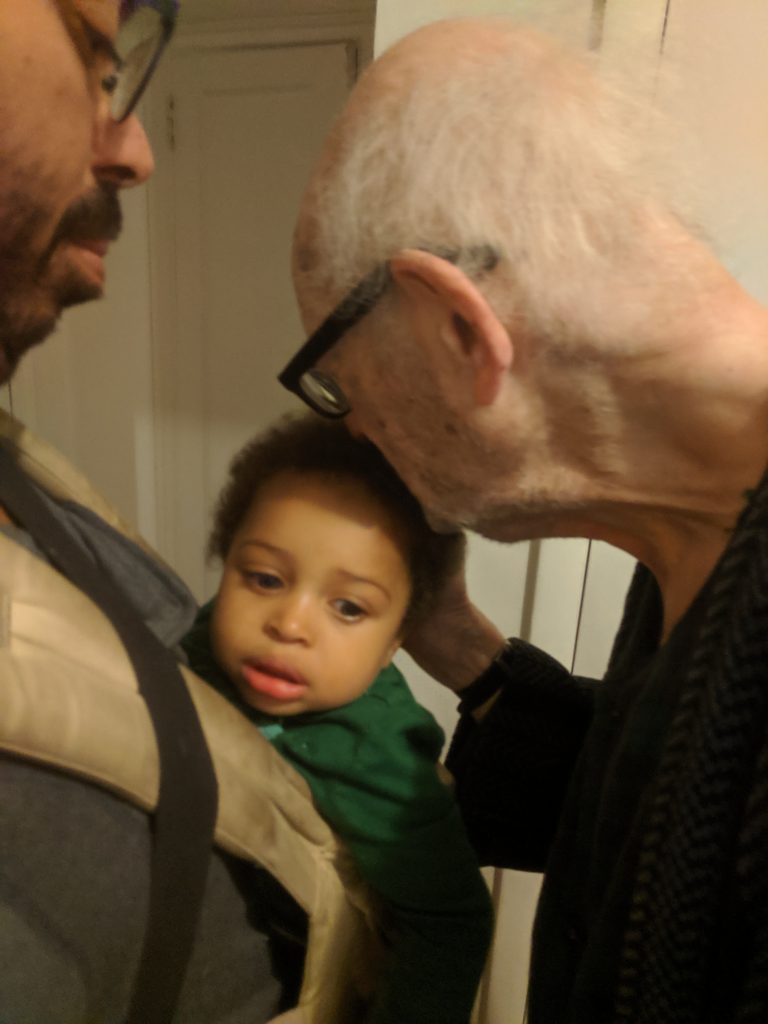 “The U.N. is an absolute travesty,” he said. “The president is a liar.” He went off and I loved his gritty voice, weathered by a near-century. He breathed in all the protests, all the coups and all the elections, all the booms and busts, all up into a rough yet refined diction. Our Donald.

After we published another issue, he perused it, slowly, sifted through it then carefully laid it on the table, resting his hand on top of it as if giving us his blessing.

When I heard he died, I instantly wanted to hear his voice again. It was opera poured through gravel. And walk with him like we did once during a visit to the MOMA to see the surrealist exhibit. Donald slowed time. He doddered gracefully. I was jumpy with energy but he chilled me out. We stood in front of a large screen playing Salvador Dali’s dream sequence in Alfred Hitchcock’s Spellbound. The screen projected eyes floating all around us.

I heard Donald was getting frail. John Tarleton, The Indy’s editor-in-chief and I visited him at his home. My two-year-old son ran around the apartment, ran up to him, and ran around again. John read from the latest issue of The Indypendent. As we left, Donald leaned over my son, kissed him and gave him his blessing.

The kiss between the very young and the very old brought together the whole of life. How much they were alike. They both were so vulnerable, so needful, so close to the infinite that surrounds our small blip of life. And he gave his tenderness to my son.

Months later, I saw Donald for the last time. He was fading. Steadfast Indy friends, gathered around his bed to talk, joke and listen. It boosted him. He ate again with shaking hands. He lectured. He flirted.

I knew, in the way you just know things, that it was the last time I would see him. I held his hand, leaned in, kissed his forehead and gave him my blessing.