A federal appeals court has upheld a lower court ruling reinstating the presidential primaries in New York after Gov. Andrew Cuomo and Attorney General Letitia James, sought to block the vote from happening. Joe Biden, the presumptive Democratic nominee, will be on ballots on June 23, of course, but so will Andrew Yang and Sen. Bernie Sanders (I-Vt.).

Citing the COVID-19 pandemic, Gov. Cuomo planned to cancel the presidential primaries. However, local and Congressional primaries, set to take place over much of the state, were given the go-ahead. New York voters would have still cast ballots, they just wouldn’t be able to fill out the top of the ballot line.

“The argument that it’s because of the pandemic doesn’t really seem to fly,” said Jeff Kurzon, an attorney representing Yang. “I believe it has something to do with politics.”

The Attorney General’s office said it would not appeal to the Supreme Court. Gov. Cuomo, who has endorsed Biden, sought to distance himself from the attempt to suppress the vote, stating through a spokesperson that it was the Board of Elections’ decision to cancel the primary. All four members of the panel are appointed by the governor. 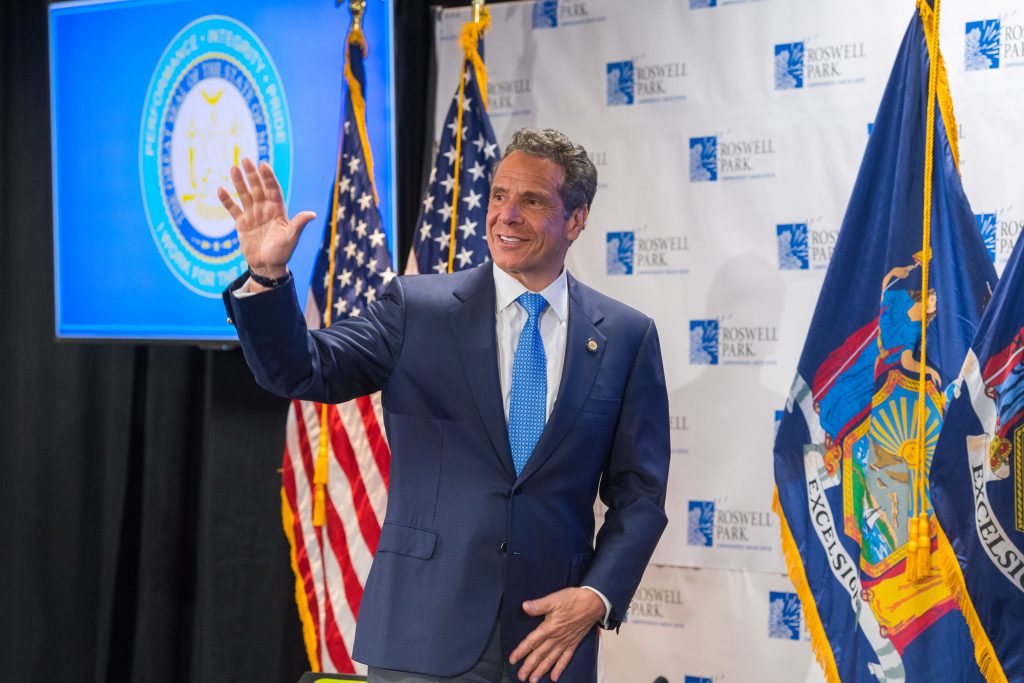 Sanders and Yang have both essentially dropped out of the race but are still actively pursuing delegates in order to garner a greater say in shaping the party at its convention this summer and beyond. There are 274 delegates up for grabs in New York.

Sanders, the one-time frontrunner whose candidacy was defined by a fight to give working people a seat at the political table in America and who continues to battle the Democrat’s corporate-friendly establishment, has received over 8 million votes of those cast in primaries so far. He has won 992 delegates or 37 percent of the 2,672 available to date. A total of 3,980 delegates will be awarded.

For Yang, the continuing delegate hunt seems to be a bit of a moon shot, to put it mildly. He did not amass a single delegate in any of the previous primaries.

But while his candidacy failed to gain traction, his campaign’s central issue has been taken up by two of his former presidential rivals. Sen. Kamala Harris (D-Calif.) and Sanders have introduced legislation that would institute a $2,000-a-month universal basic income for most Americans. It would last up to three months after the Health and Human Services Department declares the coronavirus emergency over.

Sanders, however, has gone further, calling for Medicare for All and the suspension of rent, mortgage and debt payments.

Medical officials are urging New Yorkers to file absentee ballots. In order to receive one, you’ll have to fill out an application, citing “temporary illness” as your reason for not voting in person. This category applies to both people who have contracted COVID-19 and those who fear contracting it.

Medical officials are urging all who can vote absentee to do so. Hard copy applications are currently being mailed out across the state to registered voters who have signed up to receive them but you can also fill it out online or by phone (1-866-VOTE-NYC/1-866-868-3692). The deadline is June 16. You can also fill out and submit an application in-person at a Board of Elections office by June 22 and receive a ballot.

In addition, to the presidential contest, there is a slew of down-ballot races underway. Queens-Bronx Congresswoman Alexandria Ocasio-Cortez and North Brooklyn state Sen. Salazar are facing primary challengers. The two incumbent freshmen lawmakers initially ran for office, in part, because of the popularity Sanders and his democratic socialist ideas achieved during his 2016 presidential bid. And both have proven effective champions of their working-class constituents.

They’re backed by the Democratic Socialists of America as are five additional candidates running for state and federal positions this year:

Big wins for the left in New York could help shift the narrative of post-Bernie despair, while a string of defeats would be another demoralizing blow.