When Michael Bloomberg announced his candidacy for the president, there was a significant backlash because of the racist policies he implemented while Mayor of New York. While the focus was on Bloomberg’s stop-and-frisk policies, what is less known is that Bloomberg also initiated a military-style surveillance system using a citywide network of AI-augmented cameras. He also requested permission from the Federal Aviation Administration to use drones in the skies over New York City so that his administration could more effectively monitor New Yorkers.

Bloomberg’s history of civil liberties abuses, his political ambitions and his troublesome relationship with big data should give us all pause.

Ignoring Bloomberg’s record on surveillance and discrimination, New York Gov. Andrew Cuomo recently announced a partnership in which Bloomberg will lead the nation’s most ambitious and extensive contact-tracing program.

Bloomberg is perfectly positioned to help with tracing because his Enterprise Access Point company is one of the world’s leading data firms. Although marketed as a financial tool, the company’s portfolio includes “alternative data,” which goes far beyond financial markets. One partner, Thasos, tracks foot traffic using cell phone geolocation, while Predata analyzes geopolitical risk factors. Bloomberg LP is positioning itself to compete with World-Check, a data firm once owned by Thomson Reuters. Under President Obama, the national security apparatus used the World-Check database to populate its kill lists, leading to the death of thousands of innocent civilians in covert drone strikes. 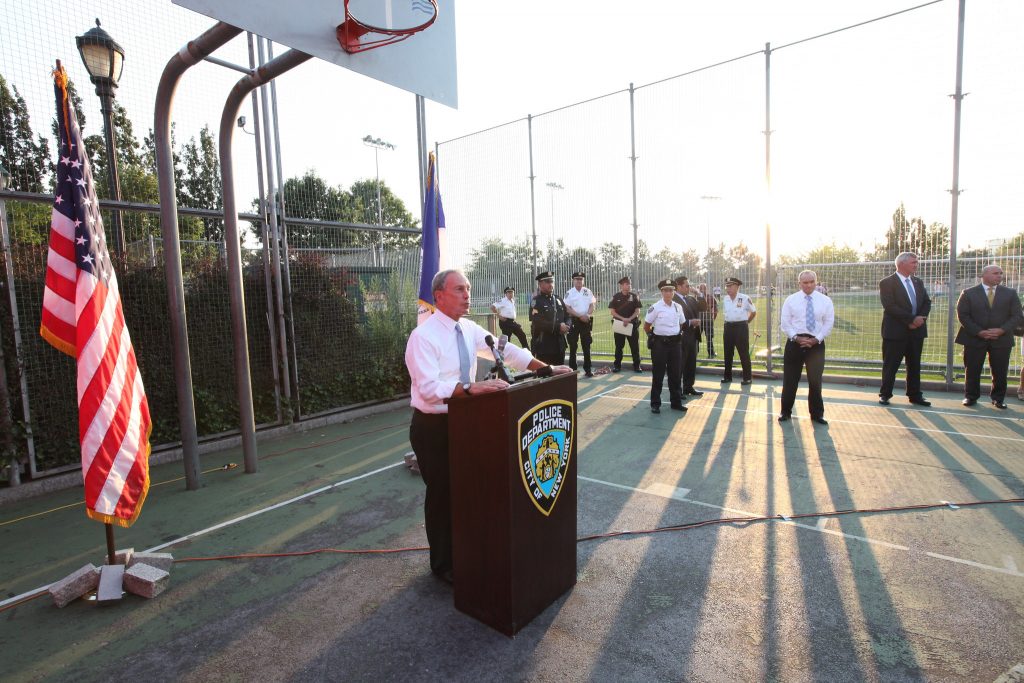 According to Cuomo, Bloomberg volunteered to assemble a “tracing army.” This army consists of 17,000 tracers statewide who will monitor the spread of COVID-19, track suspected infections and encourage quarantine where necessary — an ostensibly noble effort for the safety of individuals reintegrating into society but one that nonetheless conjures up memories of our not-too-distant past. While tracing will be critical, the toxic combination of Bloomberg’s history of civil liberties abuses, his political ambitions and his troublesome relationship with big data should give us all pause.

Here in New York, many young African Americans learned how pernicious Bloomberg’s policies were when he was mayor. Although not a victim of stop and frisk, I also had a profoundly troubling encounter with the mayor’s policies.

I am an Iraq war veteran who served my country honorably for three years. I am also an American of Middle-Eastern descent who dared to educate the public and initiate a conversation about the wisdom and legality of Mayor Bloomberg’s proposed use of military-style drones to spy on New Yorkers.

To do this, I installed approximately 150 parody street signs and public service announcements (PSAs) around New York City. Depicting the NYPD as a drone wielding police force, one of the signs read “Attention: Authorized Drone Strike Zone, 8 a.m.–8 p.m., Including Sundays — NYPD.” Another P.S.A. with a drone firing a missile at a running family read, “NYPD Drones, Protection When You Least Expect It.” Yet another, brandished Bloomberg’s face, next to surveillance cameras and a drone firing missiles over workers marching in formation.  It read, “Always Watching.” 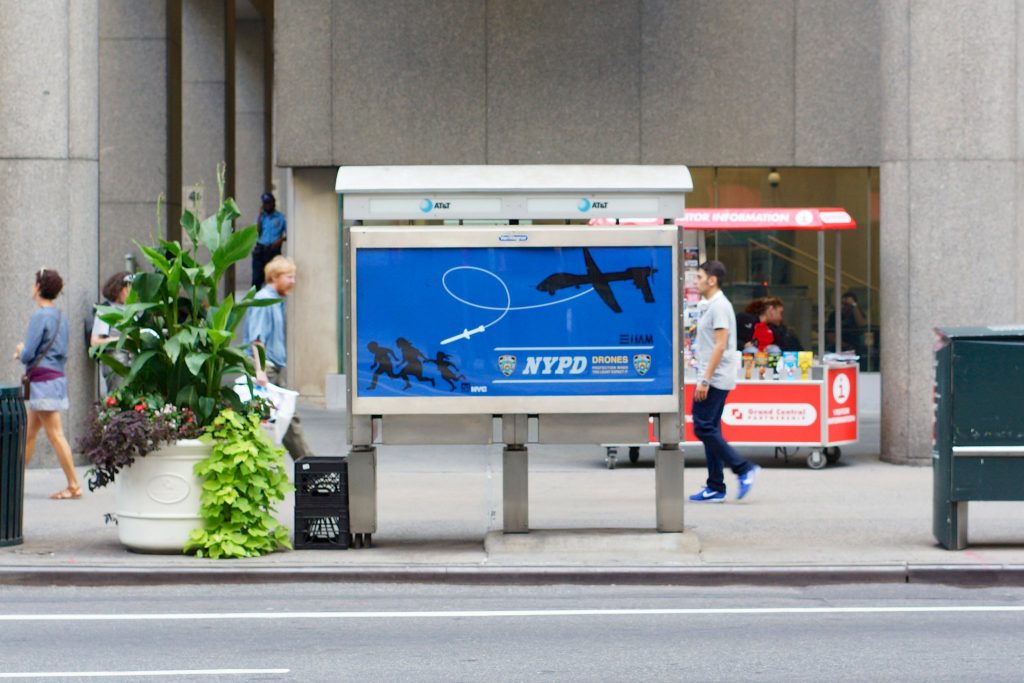 These art installations highlighted what it would feel like to live under the drones that are murdering people in the Islamic world almost daily.

The mayor’s office received numerous calls from the press regarding the signs and their authenticity. That’s why, at 6 a.m. on Nov. 28, 2012, as I lay asleep, the NYPD Counter-Terrorism Bureau began pounding on my door and arrested me. I learned that this was at the express direction of Bloomberg himself.

The arrest came almost a year after the artwork started appearing around the city. The prosecutor charged me with three felonies (56 counts of one) for what my arresting officer, Detective Jorge Bravo, referred to as “upsetting some very powerful people.”

It was a traumatic experience.

Bloomberg’s police interrogated me about my heritage and the origins of my name. They refused to provide a reason for my arrest or cite any crime that justified their actions. After taking me into custody, they ransacked my home without presenting a warrant. When a warrant did eventually appear, it had expired over a month before the invasion. 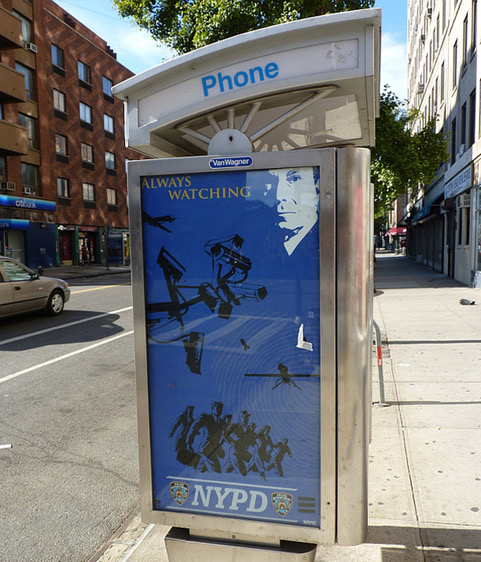 My arrest is one small example of how Bloomberg has misused his power, in this instance, as a tool to seek personal retribution for the embarrassment caused when questioned about the NYPD’s secret drone emails.

Eventually, the court dismissed the charges against me, but not until the Manhattan district attorney’s office was under the supervision of Mayor Bill de Blasio’s administration. The proceedings cost me nearly two years of court appearances and $25,000 in legal fees.

A dangerous trend is emerging among members of the American billionaire class and their political allies. They perceive themselves to have limitless power. Bloomberg has demonstrated his willingness to exercise that power, from the unconstitutional stop-and-frisk policy to covert spying in mosques, Islamic schools, Muslim-owned businesses and restaurants and his ambitions to install a drone surveillance program to target and surveil all New Yorkers.

Can we really trust Michael Bloomberg to track and collect the personal data of tens of millions of Americans?

Essam Attia is a veteran of the U.S. Army who served in the Iraq War. He is a visual artist and political activist who lives in Manhattan.