The Indypendent
Menu
A Free Paper for Free People
Carl Heastie, left, with Gov. Andrew Cuomo.Photo: Office of the Governor.

As the June 23 primary nears, money is flowing in multiple directions.

The main account delivering five-figure sums to candidates is the Democratic Assembly Campaign Committee (DACC), which is controlled by Speaker Carl Heastie. As of last week’s 11-Day Pre-Primary filing, DACC had nearly $4 million to spend. In the first two days of this week, nearly $100,000 has poured into its coffers.

In this year’s primaries, DACC has delivered $10,000 or more to a dozen Assemblymembers’ reelection campaigns, eleven of which have received anywhere from $20,000 to $62,000. 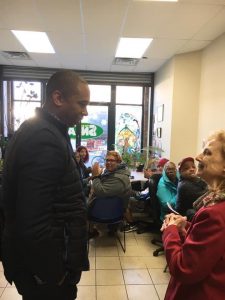 Unlike the DSA’s rejection of corporate and real-estate money, or AOC and Bernie’s network of small-dollar donors, DACC appears to welcome any and all contributions. Unions (including the Police Benevolent Association and other law enforcement organizations) are leading funders, but so are the healthcare, finance and insurance industries. Although state Democrats count on support from teachers unions, pro-charter school entities have funneled $30,000 to DACC.

Rather than an “incumbency protection” racket, the account is better viewed as a revenue stream for candidates who are ideologically in-sync with Heastie, who recently helped push through Gov. Andrew Cuomo’s austerity budget. Progressive incumbents including Niou and Ron Kim from Queens have not received any DACC funding to date. Incumbents facing future left-wing challengers may thus think twice about opposing Heastie’s agenda.

Candidates with DSA-backed challengers are getting ample support from DACC. Félix Ortiz, assistant speaker to Heastie, has collected nearly $42,500 as he faces DSA challenger Marcela Mitaynes (and progressive Katherine Walsh) in Sunset Park. And Walter Mosley, who is facing the DSA’s Phara Souffrant Forrest in Clinton Hill, has received just under $26,000.

After hosting a fundraiser for her early last year, DACC has not yet doled out direct support to Astoria’s Aravella Simotas ahead of next week’s primary. Without backing from AOC or Bernie, DSA-endorsed Zohran Mamdani has been running a successful small-dollar contribution effort in his bid to unseat Simotas. As of last week, he has nearly $87,000 to spend, while Simotas has $71,000. 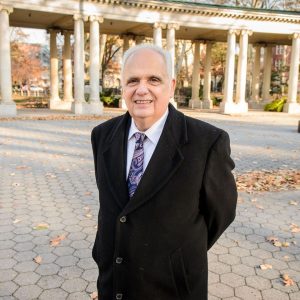 Dynastic incumbents facing progressive challengers are receiving plenty of help from DACC. First elected in 1984, Sunnyside’s Catherine Nolan has taken in more than $40,000 in her contest against Mary Jobaida and Danielle Brecker. Meanwhile, 24-term Joe Lentol has accepted over $22,000 as he faces off against Emily Gallagher in Williamsburg.

Michael DenDekker, an undistinguished party regular who represents Jackson Heights, has collected over $31,000 from DACC. His main challenger is progressive Jessica González-Rojas. 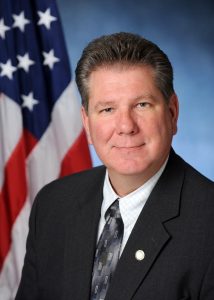 Niou, meanwhile, is facing Chinatown businesswoman Grace Lee, who, in addition to taking money from numerous corporate executives, has loaned her campaign $250,000. That large sum raises questions about her progressive bona fides. While Niou forcefully denounced the austerity budget pushed through by Cuomo, Heastie, and Senate Majority Leader Andrea Stewart-Cousins, Lee clearly belongs to the one-percenters for whom the “three people in the room” do not want to raise taxes.

In Flushing, Kim (who was also backed by AOC recently) is being challenged by NYPD Sergeant Steve Lee, who touts his work as a whistleblower responsible for exposing corruption in the 109th Precinct. An ally of local City Councilman Peter Koo, Lee also champions a “pro-business agenda” and is clearly to the right of Kim. The same is true of all the candidates benefitting from Heastie’s maneuvers.

Because absentee ballots will not be counted until early July, the results of the June 23rd election may not be known for a few weeks. But in the meantime, we can rest assured that money will keep flowing towards Heastie and DACC in order to maintain business-as-usual in Albany.

CORRECTION: An earlier version of this article said that Assembly-candidate Jessica González-Rojas was endorsed by Alexandria Ocasio-Cortez. She has not been endorsed by the congresswoman.