The Indypendent
Menu
A Free Paper for Free People
An Occupy City Hall delegation on a march to defund the police Thursday. Photo: Kiara Thomas.

As midnight came around, the crowd showed little sign of thinning and the police, already keeping their distance, had by-in-large retreated from the scene. Organizers of the “Occupy City Hall” encampment said 500 people ultimately spent the night, with many demonstrators pitching hammocks along the iron fencing that separates the public from the seat of power in New York City.

The ongoing protest has the mood and feel of the Occupy Wall Street encampment that took over Zuccotti Park just down the road in the Financial District nine years earlier and rechristened it “Liberty Square.” But whereas OWS struggled to come together around a cohesive agenda beyond a broad call to address economic inequality and hold the 1 percent accountable, demonstrators at Occupy City Hall are united behind a singular, immediate purpose. 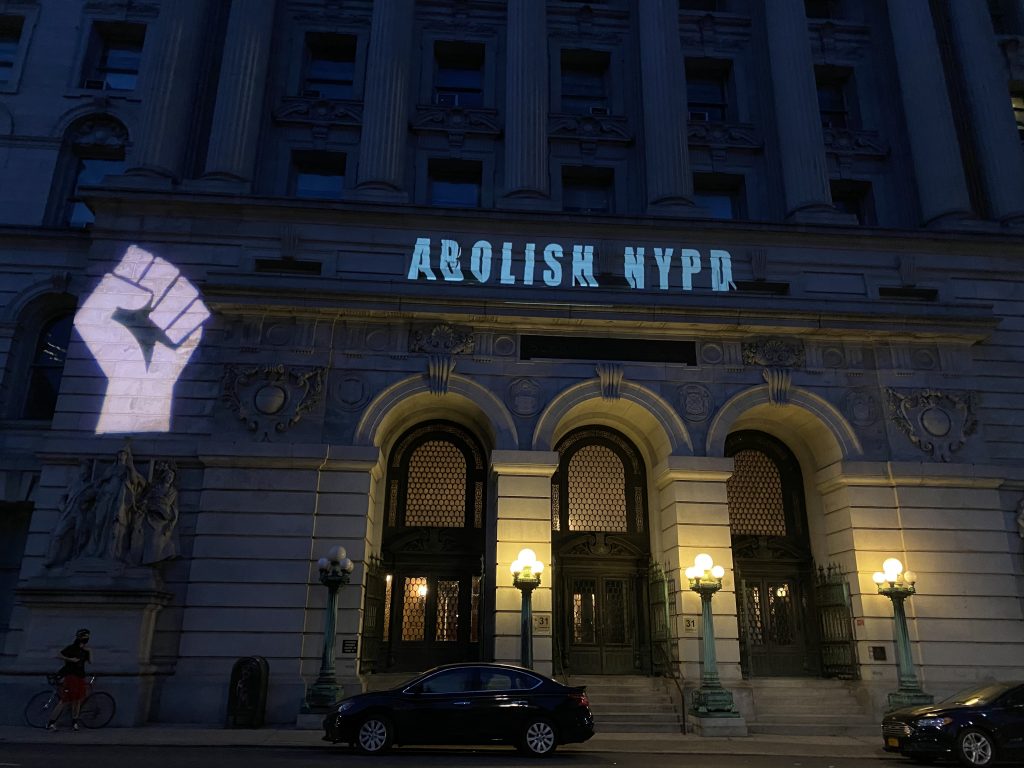 While possessing no less of the same revolutionary fervor as the occupiers who came before, they are demanding Mayor Bill de Blasio and the City Council impose at least $1 billion in cuts to the NYPD. At a time when the city is facing a $9 billion dollar budget shortfall and the mayor is asking public-sector unions to decide who will be laid off, they want a chunk of the police department’s whopping $6 billion operating budget reinvested in healthcare, education, transportation and other social services for the city’s black, brown, poor and working-class communities.

Divesting from policing and reinvesting in New York’s communities would not only give them a boost at a time of privation amid the COVID-19 pandemic, it would also curb the types of interactions with police that on many occasions have proven deadly.

“Don’t forget why we’re here people,” said Carol Gray, the mother of Kimani Gray, a black Caribbean teen slain by police in East Flatbush, Brooklyn in 2013, speaking to the crowd. “Don’t think because it hasn’t reached your doorstep it won’t reach your doorstep. Let the people know we won’t take it no more. Ever since my son got killed, my life is over. It’s over for me. Because no matter what I got, no matter what I do — money, food — I’m still never happy because my son is not here because of NYPD pigs.”

Numerous City Council members and the city’s controller, Scott Stringer, appear to be in lock-step with demonstrators’ demand, part of a national push to end systemic racism and police brutality in the wake of the George Floyd killing in Minneapolis last month.

De Blasio has said he’ll cut the NYPD’s budget and invest it in youth programs but has not given an amount yet. Instead, he’s deflected, criticizing Donald Trump’s response to the Black Lives Matter demonstrations that have rocked American cities in recent weeks and ordering the words “Black Lives Matter” painted in large letters outside of Trump Tower on Fifth Avenue.

But the crowd at City Hall want more than slogans from their mayor. The New York City fiscal year budget deadline is June 30 and protesters are dedicated to camping out at least until then.

Many demonstrators believe $1 billion in cuts is not enough, noting that when pensions, fringe benefits and debt service costs are added up, the NYPD’s total budget stretches $5 billion beyond just its operating costs.

“I think the starting point should be half,” a protester, who wished to be anonymous, said. “Their actual cost is close to $11 billion, so the $6 billion isn’t even really the whole thing. Half of their budget is something that’s reasonable. They’re going to essentially negotiate down no matter what, so asking for something more radical is a better way to get more out of it.” 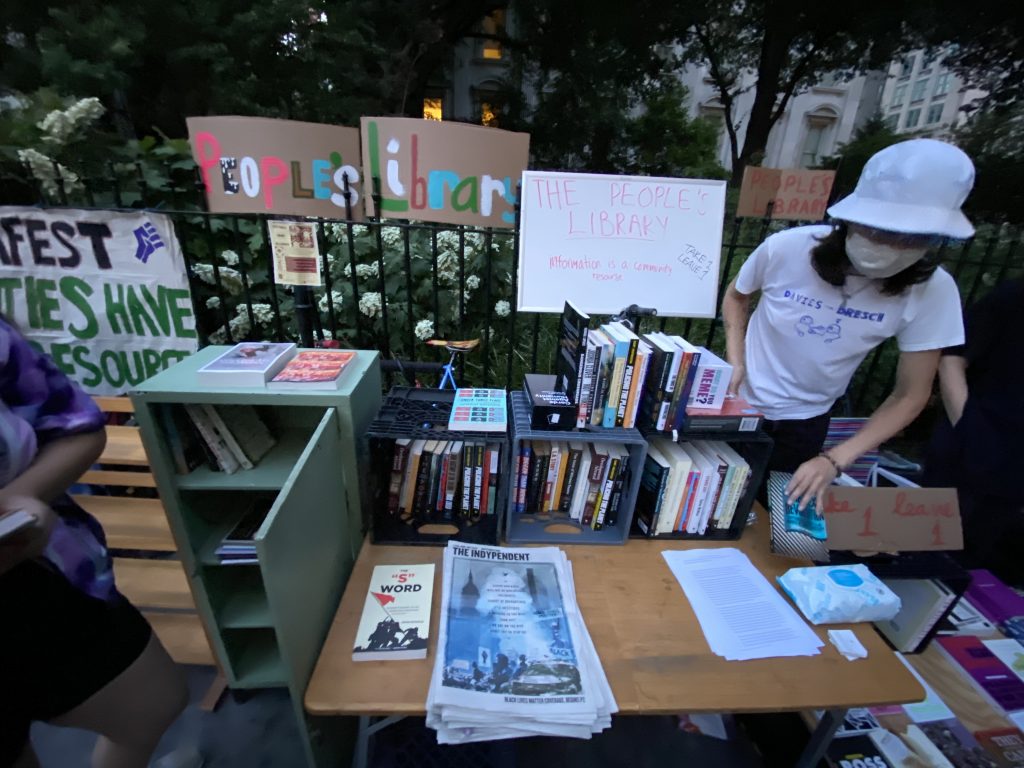 The occupation of City Hall, begun Tuesday at the instigation of the racial and economic justice organization VOCAL-NY, has become an organizing hub for the city’s Black Lives Matter movement, with marches periodically splintering off from the encampment, at times shutting down traffic.

On Thursday afternoon, hundreds of people marched to Barclays Center in Downtown Brooklyn. Protesters in front held colorful posters depicting the areas where they want to see the city invest more funds — youth and elders services, housing, healthcare and environmental protection. Resources for the trans community, including access to healthcare and housing, were also top priorities cited by demonstrators.

“We don’t even have access to shelters that are safe,” said Qween Amor, a trans performance artist who said she has experienced homelessness.

Once at Barclays Center, the march concluded with music and dancing.

“We wanted people to walk away feeling magical,” said London Arnold of the Justice Committee and one of the march organizers. He wanted people empowered to “envision what the world could look like when we reinvest this money into other areas, back into our communities.”  As the protest wrapped up, some demonstrators returned home, while others headed back to City Hall Park where they and their comrades have pledged to keep up the pressure in defense of black lives.