Aaron Fernando was looking into the campaign finance contributions of some progressive candidates he follows when the country erupted into fury over George Floyd’s murder by a Minneapolis police officer.

“Is this a good time for me to drop my list of NYC elected officials who’ve taken cop money this cycle?” he wondered aloud on Twitter.

Soon after, Fernando released a spreadsheet of lawmakers and district attorneys who have accepted money from police, correction and court officer unions. The list shows that 57 New York City Democrats have accepted $353,795 from police in the 2020 cycle alone.

Many of these officials have expressed their outrage over George Floyd’s death. They tout progressive platforms. And they are funded by cops.

Fernando’s research, released at the right time, has sparked a movement across the country to pressure politicians to donate money they’ve received from police to anti-racist causes.

“We now have people doing this same thing in Colorado, Virginia, North Carolina, Delaware and California,” Fernando noted. “And we’ve seen real change already. The president of the Colorado Senate returned money because of pressure that one person on Twitter was putting on him.” 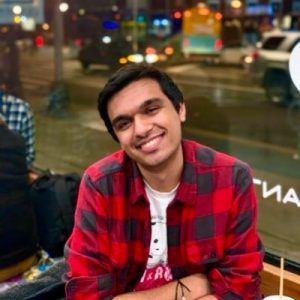 Fernando, 19, is a student at CUNY’s John Jay College of Criminal Justice.

In New York, 15 of the politicians on Fernando’s list have together donated over $50,000 to bail funds, mutual aid projects, Black Lives Matter and other organizations fighting police violence.

Assemblywoman Aravella Simotas of Western Queens was one of the first elected leaders Fernando called out, noting on Twitter that she “has taken $1,500 from police unions this cycle,” $500 apiece from the Police Investigators Association, the Police Benevolent Association and the state troopers union.

Twenty minutes later, Simotas, who is being challenged in the June 23 primary by democratic socialist Zohran Mamdani, announced she would be donating $5,350 to bail funds and organizations working to end mass incarceration.

While celebrating Simotas’ announcement, Fernando, who like Mamdani is a member of the Democratic Socialists of America, also noted, “For the record, she took this money for a decade without any worries.”

Four hours later, Assemblywoman Catalina Cruz followed Simotas’ lead. Cruz tweeted that she would be donating the $1,000 her campaign received from law enforcement unions to a bail fund.

“If it wasn’t for the pressure, they wouldn’t have done this. But it has started a chain reaction,” Fernando said.

As the national conversation has moved to what it means to actually support black lives beyond a symbolic post or statement, the power of police unions has come into the spotlight.

“Some politicians say ‘My donations don’t affect who I am and what I support.’ That’s not true,” Fernando says.

Police unions help cops get better pay and benefits, but more than that, they protect them from the repercussions of their actions.

John Matthews of the Justice Collaborative explains, “Police unions offer protections for officers that kill people. They provide lawyers, messaging, help to find them new policing jobs, and political pressure to prevent reforms that would reduce or even eliminate the ongoing crisis of police killings of black people. It is impossible to talk about ending police violence and stopping the ongoing killing of black people without talking about police unions and their unique influence on politics.”

Right now, there’s a movement to repeal 50-a, a state law that keeps personnel records of police officers confidential and “not subject to inspection or review” without the officer’s permission. According to Fernando’s research, 16 New York City Democrats in the state legislature are taking money from the Police Benevolent Association — the largest of the five police unions in the city. Fourteen of those Democrats are not sponsoring the repeal of 50-a. They have not yet responded to Fernando’s tweets.

This is not the first time someone has called attention to the power of police unions and their funding.

“In the criminal justice space, people have known for a long time that this money from conservative movements is toxic and blocks up progressive legislation,” says Fernando.

“We’ve been talking about this forever. The fact that it’s finally come to the forefront is a great thing.

“I wish this moment hadn’t happened,” he added. “But the fact that it did shows there’s some hope for holding officers and law enforcement officials accountable.”