The coronavirus pandemic has exposed how broken healthcare is in the Bronx and all around the United States. Big healthcare corporations have put profits ahead of people. But we can fix our broken system and protect our public health by investing in not-for-profit public medicine. My name is Samelys López and I am running for Congress in NY-15 on June 23, to represent the Bronx and make it happen. 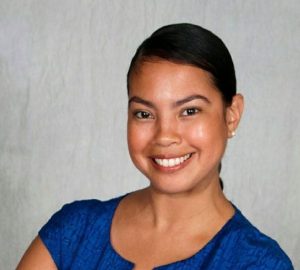 Samelys López is running in New York’s June 23 Democratic primary to represent the 15th Congressional District in the Bronx.

People are sick and dying from COVID-19. New York City has been the epicenter of the crisis, and the Bronx has been the hardest hit. Our loved ones and neighbors in the Bronx are dying at twice the rate of New Yorkers overall. Working people and people of color are most affected because of deep, longstanding inequities in health and in access to healthcare.

Now millions of people across the United States have lost their jobs and are struggling to pay for care. Some uninsured New Yorkers are getting hit with bills of tens of thousands of dollars for COVID-19 treatment. Even people with health insurance face huge out of pocket bills.

Long before the coronavirus, many people in the Bronx struggled to pay for basic healthcare like doctors’ visits, insulin, birth control and asthma inhalers. Big corporations like private hospitals, health insurance companies and drug companies get rich, while everyday people have to choose between paying for medicine and paying for food or rent.

It doesn’t have to be this way.

Health care is a human right and universal healthcare coverage is a moral obligation in the wealthiest country in the world. We can reclaim health care from for-profit corporations and reorient it around public health.

Under Medicare for All, health care would no longer be tied to employment — a vital necessity as millions of people have lost their jobs and employer health insurance. People would be able to leave jobs without losing their ability to see a doctor. Unions would be freed from having to fight for their health plans in contract negotiations since their healthcare would be guaranteed. Instead, they would be able to direct their efforts into fighting for higher wages and better working conditions.

Other wealthy nations like Canada and South Korea already have Medicare for All-like systems (called “single payer”) and their people are generally healthier, live longer and have suffered less from COVID-19, even as those countries spend much less on healthcare overall and per person than we do in the United States. In Canada and South Korea, everyone has access to free COVID-19 testing and free, high-quality healthcare, so all people can get the treatment they need. In these countries, the virus hasn’t spread and cost lives to the extent that it has here.

I support a Medicare for All plan that would cover not just U.S. citizens but all residents, including our undocumented neighbors. COVID-19 has shown that real public health requires solidarity. We will not defeat the virus until we care for everyone, not just in the United States but all around the world.

Only a universal, single-payer program like Medicare for All can fix our healthcare system. Means-tested programs like Medicaid or a subsidized public option, that seek to exclude all but the most “deserving,” will inevitably exclude some people in need. A universal program is necessary to drive costs down and to create a resilient system in which everyone has a stake.

Candidates who merely espouse a vague idea of “universal health care,” instead of demanding that everyone receives all medically necessary care for free, will never commit to fighting against a healthcare industry that profits from our medical misery.

The health problems in my district reflect a racist legacy of urban development.

Yet while Medicare for All is an absolutely necessary step toward people getting the medical care they need, it is not enough on its own. The health problems in my district extend beyond those caused by a high uninsurance rate. They reflect a racist legacy of urban development that has resulted in a lack of access to primary care doctors, language barriers and inadequate investment in housing and nutrition.

Single-payer alone will not undo health inequality and it is vital that we address the problems that exist apart from a lack of insurance coverage. One such problem is that the pharmaceutical industry has made it impossible for people to afford maintenance drugs in ordinary circumstances, and in exceptional circumstances such as the COVID-19 pandemic, it is also unable to quickly develop and distribute a new vaccine.

We can and should create a publicly-owned pharmaceutical sector.

Right now, drug companies focus on profits, not on public health or innovation. They don’t focus on important therapeutic areas that are less profitable for them, like antibiotics, even though doctors and patients desperately need those products.

In recent years, big pharma has almost completely given up on vaccine development, which left them — and us — unprepared for COVID-19. And when for-profit drug companies do develop useful products, they use their patents and other monopoly powers to stifle competition and price gouge, leaving patients struggling to pay for life-saving essential medicines like insulin.

That’s why I support a democratic, publicly-owned pharmaceutical agency that would do things differently.

Public pharma would focus first and foremost on medical need not on profits. It would develop the drugs and vaccines that people need most. We know that democratic, public research and development works. Scientists at U.S. public laboratories invented HIV prevention therapy (“HIV PrEP”) and scientists working for a Canadian public lab led the international collaboration to develop the Ebola vaccine.

Public pharma would also place manufacturing capacity in public hands, combating shortages and ensuring that our country is able to produce adequate supplies of drugs to treat COVID-19 and other diseases. Public pharma would be more efficient too. Instead of pharmacies, “pharmacy benefit managers” and (especially) the drug companies themselves all claiming a slice of profits and inflating the cost of drugs, public pharma would manufacture drugs at low cost and pass the savings on to you.

Nobody knows what America or our city will look like after this crisis has ended. There has not been an event as universally felt by our people in decades. But our vision of the world is proving more righteous. I am running for Congress in the vein of leaders like José Serrano, a co-founder of the Medicare for All caucus, who were willing to stand up to the healthcare industry and their political enablers.

I am running for Congress to build a healthcare system that is focused on health not on profit. A shared sense of responsibility, compassion and service for our communities must be the basis for our future institutions. We have the ability to change the system. Join me on June 23.

It’s readers like you who ensure we continue publishing in these challenging times. Please make a recurring or one-time contribution today. Thank you!