Hector Oseguera, the progressive candidate challenging Albio Sires in the July 7th New Jersey primary, has become a familiar face at the protests underway around Hudson County in recent weeks.

“I know what it means to suffer from police brutality. It’s an issue I take personally — and it’s not something that’s foreign to many people in our district,” Oseguera says.

‘No one could ever start a rumor about me not living in this district.’

At a rally in Union City, Oseguera pointed community members to voter registration forms. “This is an election year,” he said. “Use your power.”

The anti-money laundering attorney was initially brushed off by an incumbent who has held the seat in New Jersey’s 8th congressional district for 14 undistinguished years. Sires has sponsored six bills that were enacted throughout his time in Congress. Four of those have been to rename post offices. He has not once held a town hall.

“The running joke here is that Sires lives in Florida,” Oseguera says. “No one could ever start a rumor about me not living in this district.”

Now that Oseguera, a 32-year-old who volunteered with Alexandria Ocasio-Cortez’s 2018 primary campaign, is seeing a late surge in fundraising and endorsements, Sires is paying attention. His campaign has pushed out multiple press releases attacking Oseguera, including an attempt to frame him as a Republican.

Sires himself ran for Congress as a Republican in the 1980s.

Oseguera is not just taking him on, he’s taking on the Democratic political machine, which has deep roots in Hudson County. While the New Jersey Working Families Party Alliance and Jersey City Councilman James Soloman have endorsed Oseguera, Sires is solidly backed by the Hudson County Democratic Organization and has received endorsements from Gov. Phil Murphy, Senators Cory Booker and Bob Menendez, and 10 labor unions.

He recently spoke with The Indypendent about what brought him to this race and the grassroots energy that’s keeping him going. This interview has been edited for length and clarity. 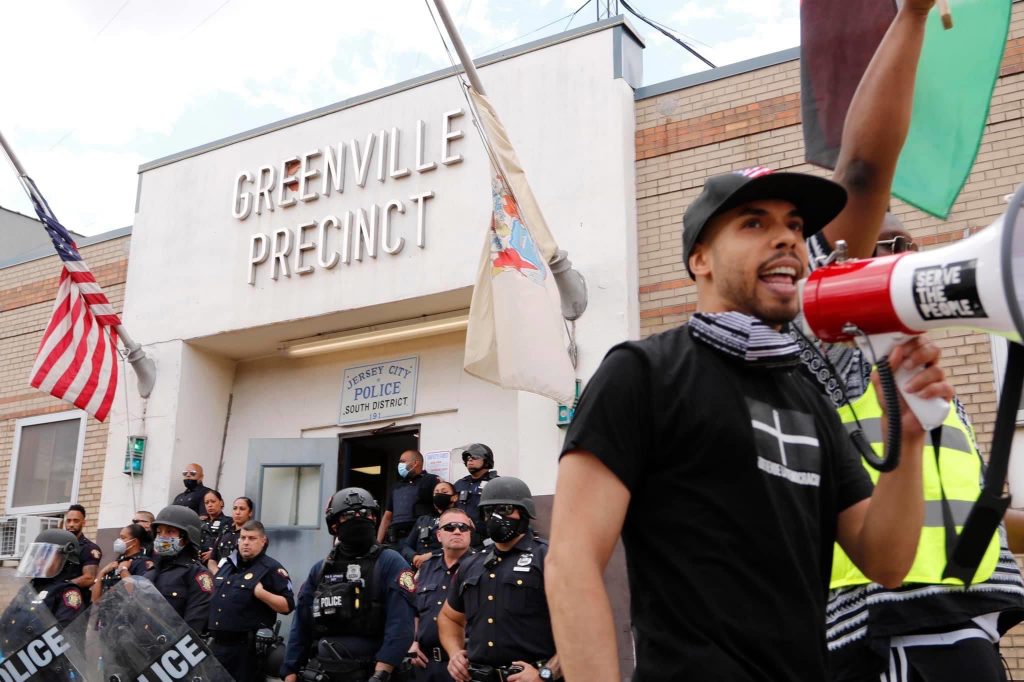 What led you to run for Congress?

My district is suffering in the same ways a lot of urban areas are — we’ve got issues of gentrification, affordability when it comes to healthcare, funding our public schools, and criminal justice reform. There’s a severe lead crisis right next door in Newark, that almost none of the national media is covering. We need a lot more than what we’ve been getting from our politicians in New Jersey, who are mostly Democrats, mostly run unopposed and mostly don’t do too much for the community.

I started in politics as a volunteer for Elizabeth Warren in 2012 when I was in law school. I helped out on Bernie Sanders’s campaign in 2016, then on the AOC campaign during her primary in 2018.

AOC running and winning really showed that someone like her could win. It sort of opened the door for someone like me to say, “Maybe I can too.”

Wanting to run is not something I had in the cards. I decided to run because my opponent was basically going to go unopposed and I know that his positions are very different from the needs of our community. I didn’t want another election cycle to go by and have everyone think this guy was so good that he didn’t deserve a primary challenger. Fourteen years is a long time to be in office and not get anything done.

What issues are most pressing to the members of your district and what will you be prioritizing if elected?

Affordable housing is one of the biggest needs here. This is a very heavily-gentrified district. We have double the national uninsured rate for healthcare. We’re missing a lot of really basic things. Public transportation has not kept pace with the growth in population of this district.

I stand for fair and affordable housing, Medicare for All and a Green New Deal. My opponent does not.

Albio Sires is backed by large individual contributors and corporate PACs. Can you talk about how your campaign has differed?

I have a very strong community leadership platform. I’m prioritizing strong constituent services. I want to make sure people know where to find me and can meet with me directly. A lot of my opponent’s staff are flunkies from the Democratic establishment. They are mostly white and mostly male.

The political machine is very deeply enmeshed with the public servants of this district. If you’re a teacher, a firefighter, a police officer, a crossing guard — you are basically told that the local politician gave you your job and you owe him something in return. You owe him your vote. If you want to move up the ranks wherever you work, the way you move up is by attending these balls that the politicians throw, donating to them and volunteering for their campaigns.

Fighting political corruption is a staple of my campaign. Hudson County specifically is known for political corruption. As a day job, I do anti-money laundering work. I have a lot of experience in the anti-corruption space and I definitely think it’s an item that a lot of people are concerned about.

I’ve taken an anti-patronage pledge. I’m not going to hire any politicians to be members of my staff. The way that corruption works in New Jersey is that people hire from the local machinery. I’ve had to recruit volunteers organically. We have a people-powered, activist-based campaign. Our team is made up of people who were shunned by the establishment and felt like they wanted to be represented and work on political campaigns.

Is Sires serving the needs of your district?

If I thought he was, I wouldn’t be running against him. He doesn’t really have much of a connection to the community. The running joke here is that he really lives in Florida. I get letters all the time from people saying, “Why don’t you say more about how Albio lives in Florida.”

When I was going door-to-door, before the COVID pandemic, I would ask people: “Do you know the name of your congressman? Eighty percent of the people I talked to had no idea who their congressman was.”

My opponent has never once held a town hall in his 14 years as an elected official. That’s one of the big things that people are really disappointed in. I will hold monthly town halls. It’s something we’ve committed to and are really passionate about.

No one could ever start a rumor about me not living in this district.

How have the past few weeks influenced your campaign, with people turning out in the streets to support Black Lives Matter and fight police brutality and systemic racism?

I became a very regular attendee at a lot of these rallies. That’s when uptick in coverage for this race really started. People started to write about it and say, “This kid is out here, acting like a leader in our community.”

The first rally I attended was in Newark. A lot of people were afraid to go, because of the violence that had broken out in New York City. I decided that no matter what happened, I had to be there. I criticized my opponent on Twitter because at that point, he had not spoken out once about police violence or George Floyd. Less than an hour later, he put out a press release speaking to the George Floyd incident.

At the fourth or fifth rally I attended, Sires appeared.

You’ve gained a surprising amount of attention for someone challenging a long-time incumbent. What do you think has contributed to that?

Around here, primary challengers go ignored, for the most part. Sires has been trying to get every local mayor and politician to endorse him, which is not something that normally happens. The fact that he would want to attack us means he sees us as a threat. I know that he’s worried.