In New Jersey’s 5th congressional district, Donald Trump won by just one percentage point in 2016. The election was a wake-up call for Arati Kreibich, who jumped from neuroscientist to grassroots organizer. She formed groups with local women and in 2018 became the first South Asian woman — and only person of color — to ever serve on Glen Rock’s City Council.

Kreibich campaigned hard to re-elect Josh Gottheimer in 2018. She knocked on doors and hosted events in her backyard. Now, she is running against him in the July 7 primary.

‘It’s so clear to me that we need a single-payer healthcare system.’

“I thought he was going to be fighting for us in Congress,” Kreibich says. “The very first thing he did was vote to roll back environmental regulations.”

Gottheimer is the first Democratic Congressmember in 84 years to represent the district, which encompasses affluent suburbs and a large swath of rural western New Jersey. He has proven to be one of the most conservative Democrats in the House, voting with Trump 77 percent of the time during his first term. He is backed by more financial sector contributions than any other Democratic member of Congress and has a perfect approval rating from the National Association of Police Organizations.

After Gottheimer led the charge in the House to pass the emergency border funding bill with limited accountability or aid for migrant children detained in cages, Kreibich started her campaign.

“I decided I needed to step up,” says Kriebich.

An immigrant herself, Kriebich came to the United States with her family at 11 and grew up in New York City. Now, she’s become a visible progressive in her community. As a City Council member, she led Glen Rock’s transition to 100 percent renewable energy, fought against a gas-fired power plant and enacted a plastic bag ban. Within the last month, she’s received endorsements from Sen. Bernie Sanders, Representative Ayanna Pressley and the Sunrise Movement.

Despite the New Jersey Democratic establishment’s best efforts, Kreibich’s campaign has ridden a wave of momentum and growing support. It is a test of how far to the left America’s increasingly blue suburbs are willing to go. She spoke with The Indypendent about how she got to where she is today and what she hopes to achieve if elected. This interview has been edited for length and clarity. 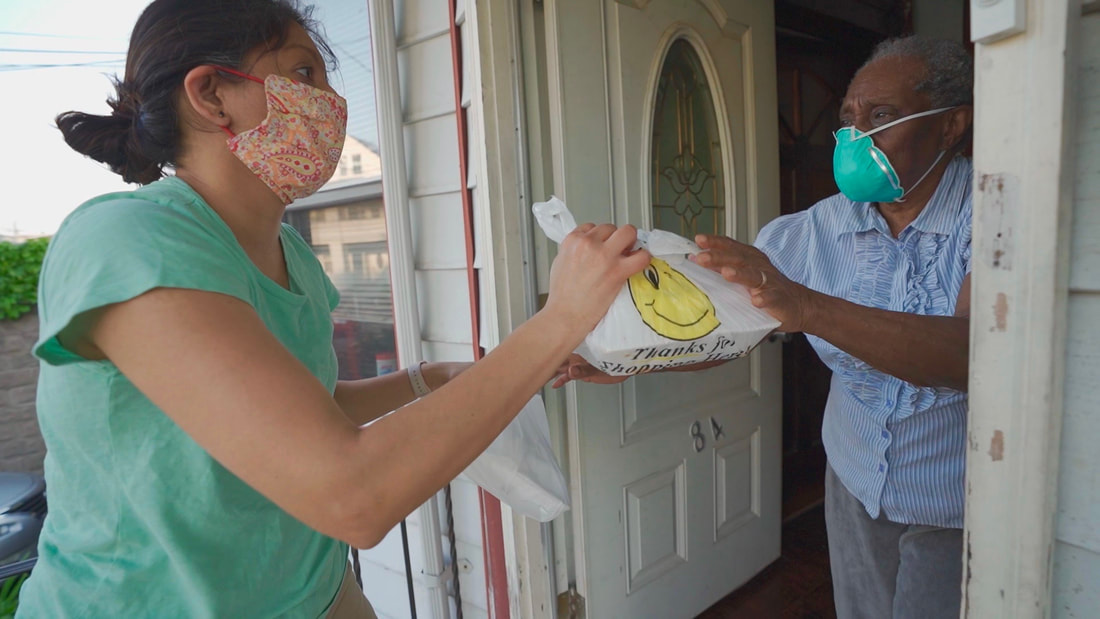 Tell us how you came to run for congress in New Jersey’s 5th district?

I immigrated to the United States from India when I was 11. My husband and I weren’t sure if we would settle down in New Jersey, but we have found a home we really love in terms of community. It’s a wonderful place.

How I got here is not a typical political story. This was not my dream. I only ever really wanted to be a scientist. I thought that was how I was going to make the world a better place. I was able to achieve those dreams — I got my PhD from the University of Pennsylvania and have gone on to do research on opioid addiction and stress.

The galvanizing event was the 2016 Trump election. I didn’t understand how to explain to myself or my kids what had happened. As soon as he won, hate crimes and biased incidents spiked — things that were already in our society became amplified. I felt horrible for my community who felt so much more unsafe than before.

My eight-year-old came to me, worried and upset because he thought I was going to be deported. He thought I wasn’t going to be his mom in America anymore. That was gut-wrenching to experience as a parent. I could reassure him that this was not going to happen to me, but there are so many parents who don’t have that luxury, so many of my friends who have felt that insecurity.

I couldn’t sit on the sidelines anymore. That’s why I started organizing, formed a grassroots group, and ended up running for the council. In that race, I beat two Republican women who had been in town for years. Change starts at the local level. If we want things to change, we need to be the ones to do it.

What have been some of your proudest accomplishments as a City Council member?

I’ve initiated 100 percent clean energy for all residents in Glen Rock. It wasn’t easy to do. It was a year or two of making sure people got on board, holding town halls and driving dialogue so people understood and felt comfortable that this is a really bold progressive policy. We passed it with a unanimous vote.

You need to have the right elected leaders who are able to fight for these things. That’s what we need at the congressional and national level. We haven’t had political leaders who are going to allow that to happen, partly because of where their money is coming from, who they are beholden to.

People haven’t had the chance to support someone who will fight for a single-payer healthcare system, accountability on climate, who will make sure we don’t have undue corporate money in politics.

What issues are most important to you and your district?

Before the COVID-19 pandemic and lockdown, at every one of my campaign events, someone would come up to me and tell me a healthcare horror story, unsolicited. They were telling me what has become even more clear now that we’ve had tens of thousands of people die unnecessarily of the coronavirus, which is that our healthcare system is broken.

I know neighbors who have been in the hospital for months and are looking at long-term care they’ll need for even longer. Part of their anxiety is the hospital bills they’ll have to pay. We’re asking people to choose between survival and medical bills and bankruptcy.

As a scientist, a healthcare researcher, as someone whose husband is a frontline worker, it’s clear to me that we need a single-payer healthcare system.

The climate crisis is another huge focus. I don’t know how you can be in a position of power and not say or do anything about the climate crisis. New Jersey is one of the most vulnerable states to climate change and the third fastest warming state in the country. Even for parts of the state that aren’t coastal, weather events like Superstorm Sandy cause major damage to our infrastructure. This is the reality of what we live in. We need to make bold collective decisions on climate change now — actually, we needed to make them years ago.

The third focus of my campaign is corporate-PAC money. I’m really proud of my decision to refuse corporate-PAC money and fossil-fuel money. That’s at the center of what we need all politicians to do, if you’re really for the people. My opponent’s nickname, that he embraces, is the “human fundraising machine.” When you have a nickname like that, clearly you’re out of touch with the people.

You used to be a volunteer for Josh Gottheimer. Can you talk about the moment something changed for you in supporting him?

I became discontented with Gottheimer over time. Then, a year ago we started hearing about the family separation policy, where our government has put kids in cages and caused immense trauma. When the emergency appropriations bill came to the House, my opponent came forward to Nancy Pelosi and led the charge to make sure there was no accountability, no guardrails built into those appropriations. A month ago, a government accountability office report said the things we were worried about happened — there’s money going to purchase all-terrain vehicles that was supposed to go to help migrant families.

Gottheimer made me, as a former supporter and volunteer, morally complicit. That was it. That was the straw that broke the camel’s back.

I decided I needed to step up.

How has the focus on police violence and Black Lives Matter shaped your campaign in recent weeks?

It’s been incredibly moving for me, as a brown person, to see the amount of protests, vigils and marches that we’ve had across North Jersey in big and also really small towns that tend to be more homogenous. They’re invariably led by young folk. I see multigenerational, multi-ethnic faces. We have our entire communities uniting together to demand systemic change. 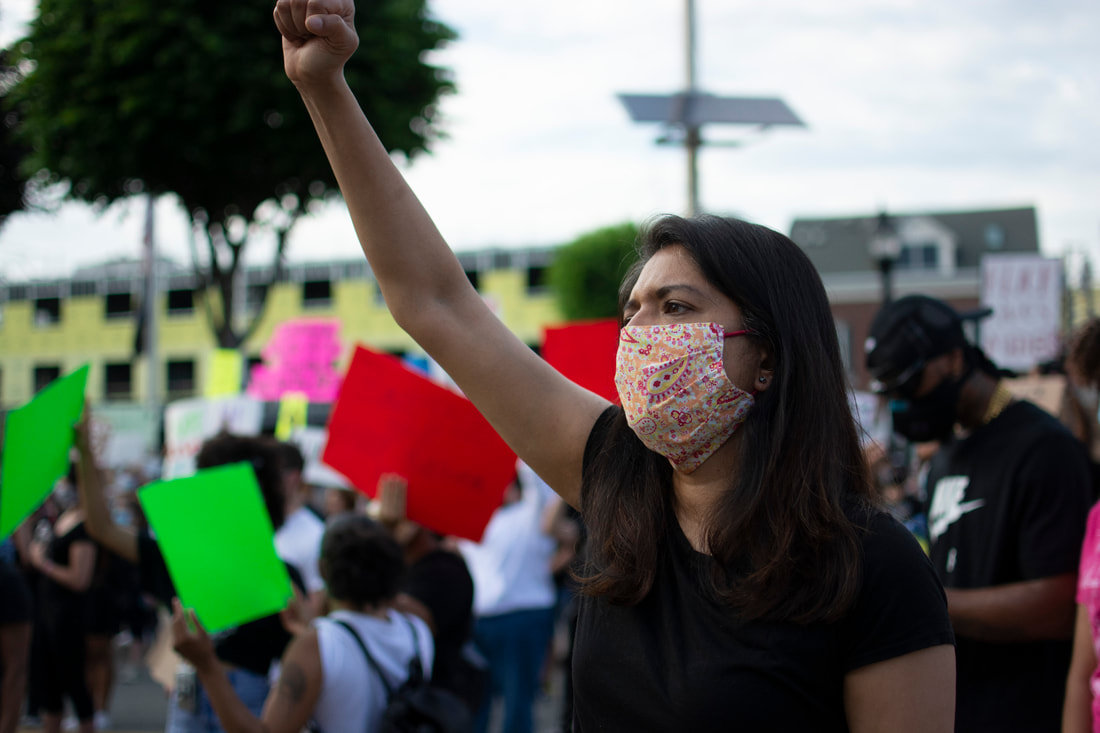 At the most basic level, we need elected leaders who condemn police brutality. My opponent refuses to do that. Our debate last Monday was the first time I heard him say that the death of George Floyd was the result of police brutality. That was it. I asked three different times if he would condemn police brutality and he completely dodged the question. It took him a month for him to say “Black Lives Matter” at one of the rallies we were both at.

You’ve been endorsed by Bernie Sanders and Ayanna Pressley and several progressive groups — the Sunrise Movement, the Working Families Party, the Progressive Campaign Committee, Indivisible. You must be honored.

I am. And thrilled. Ayanna Pressly called me to speak about empowering women and women of color to own their power. That’s really, in some ways, the difference in electing real political leaders who are from the organizing world. Politics shouldn’t be transactional, it should be transformative. The only way to do that is when we come together to lift each other up. These endorsements really reflect the kind of grassroots strength we have and the work we’ve been putting into this campaign.

When I put my hat in the ring, people laughed at me. I’ve been asked, “How dare you do this?” I’ve had people say, “You should have asked for permission, you should have waited until we told you it was the right time, you should wait your turn, you have harmed the women’s movement.” Those are the realities of what happens when a woman, and particularly a woman of color, tries to make change happen. Those are very real barriers.

It’s particularly difficult to go against the establishment in New Jersey. The process leaves people out who, frankly, are not white and are not rich. That’s the opposite of what democracy should be.

Our campaign is where we are despite those barriers. It has not been easy. But it’s a testament to how much the people in our communities are hungry for this change and know it’s way past time to overturn this system and hold our elected leaders accountable. It’s really bigger than just this campaign. It’s a whole new consolidation of power that needs to happen and I’m really happy to have led the charge on this.

What’s the New Jersey you’d like to see in five or 10 years?

The New Jersey I imagine seeing is one where we are ahead of the curve in terms of green energy and green jobs. Where we can be a model of what the rest of the country should look like. Where we have resilient infrastructure in the places we need it. Where we have political leaders who hold transparent town halls, have people coming together in community, truly taking care of people. New Jersey can be a model for single-payer healthcare. I intend to make sure that happens. In five or 10 years, my kids are going to be adults. At the end of the day, I’m going to make sure they look back and say wow, we have really transformed our community.