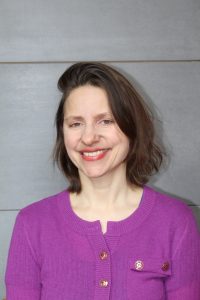 On June 30, the New York City Council approved a budget with billions of dollars in cuts as the city continues to reel from the impact of the COVID-19 pandemic. From the city’s schools to its parks and libraries to its support for the arts — almost every department and agency will take a hit. And there may be worse to come as the city’s budget blues could continue well into 2021 and 2022.

New York has been down this path before. And while there are some significant differences between the fiscal crisis of the mid-1970s and the emergency we face today, the similarities are striking as well, especially the harm that could be done to the city’s multi-racial working class.

To help make sense of this moment, we spoke with Kim Phillips-Fein, a professor of history at New York University and author of Fear City: New York’s Fiscal Crisis And The Rise of Austerity Politics. Published in 2017, Fear City is widely considered to be the definitive account of the fiscal crisis that did so much to shape the neoliberal politics and the economics of the New York we live in today.

What is your reaction to the budget that passed city Council and the impact it will have on the people of New York City?

This is a pretty depressing budget. The budget features substantial cuts at a moment of real crisis. These cuts threaten to make the city’s problems worse by raising unemployment and by ending important services. But more deeply, the city’s inability to invest in public health and in the improvements that might make it possible for schools to open safely reflects a failure to meet the demands of the health crisis in a meaningful way.

Cycling back to the fiscal crisis of the mid-1970s, can you describe what that was and why our understanding of what happened then is relevant today?

In the early 1970s, there was a growing gap between New York City’s expenses and its revenues. For some time, the city tried to paper this over in different ways, primarily through short-term borrowing and by disguising the gap in its budget. Eventually there ceased to be a market for the city’s debt. The banks that financed the city said that they would no longer do so. Over most of 1975, the city actually looked like it might have to go bankrupt or default on its debt and enter into bankruptcy court because there was no clear way that it was actually going to continue to meet its payroll.

At the end of that year, the federal government came forward with a set of loans — buttressed by public sector worker unions that bought a lot of city debt — on the condition that the city move towards a truly balanced budget and make a set of intense budget cuts that ultimately led to the layoffs of about 20 percent of the municipal workforce.

This was a very sharp reduction of resources at a moment when the city was reeling from a set of political and economic problems — rising poverty, a much higher homicide rate than we have today, a wave of arson in the South Bronx and Bushwick.

In the conventional retelling of the fiscal crisis, the intense austerity that was imposed on New York is presented as a morality tale about how a city that lived beyond its means got its comeuppance.

New York in the post-World War II period had a very ambitious, expansive city government. There was a much larger public hospital system. The public transit was unparalleled, as was the library system and the parks. In the City University of New York, it had a free public university that was growing and expanding its student body and its number of campuses over the post-war years.

But what tripped up the city wasn’t just that it had all these expenses. It also got caught in the snare of federal policies that had encouraged suburban flight and deindustrialization and local policies that failed to keep the city’s industrial base. There was also the deregulation of the financial sector in the 1970s, which meant that many banks were less interested in municipal debt than they had been earlier. These factors together among others are why the city was not responsible alone for the problems that came onto it. It was caught in this moment of change. That’s really what led to the fiscal crisis.

Then as now, there was a Republican administration in Washington with Gerald Ford as president and the famous Daily News headline, “Ford to City: Drop Dead.” We seem to be facing a similar indifference from the Trump administration right now.

The Ford administration was actually split in some ways about New York. Ford’s vice president was Nelson Rockefeller, who had been the governor of New York State and had overseen the expansion of debt in both New York City and State. On the other side, there were a set of people, including Treasury Secretary William Simon, who came out of the municipal bonds industry, who was furiously, ideologically opposed to aiding New York. Ford’s Chief of Staff Donald Rumsfeld was also very intensely opposed. They believed the city was too generous, that it was an example of liberalism in microcosm and that the city’s failure would teach a lesson to any government, including the federal government, of the dangers of entitlement programs.

You can hear echoes of that in Mitch McConnell saying there would be no “blue state bailouts.” But there are differences as well. Today, there is an absence of commitment from the federal government to devising any coherent national response to the pandemic. The airlines can get more than tens of billions of dollars in federal bailouts while it’s unclear if public schools can be safely re-opened in the fall.

With Trump, there’s the additional irony: he really got his start in Manhattan real estate coming out of the 1975 fiscal crisis with property tax breaks that he was able to get from the city as it attempted to rebuild its image as an exciting, glamorous place to do business.

So how was the fiscal crisis resolved at the expense of New York’s multiracial working class and in favor of the bankers?

The city went through this really wrenching set of budget cuts. Hospitals and health clinics were closed. Drug treatment programs were canceled. There was disinvestment in transit even as fares rose. Thousands of teachers were laid off. Class sizes swelled, sometimes up to 45 or 50 kids per class. Arts and music programs in the schools were cut. The school day was actually shortened for a period of time by about 90 minutes. There were also cuts to the fire department, to police, sanitation, to shared resources such as the parks and libraries that, taken together, represented an assault on the collective life of the city.

In many cases, spending did not begin to rise again until the late ’80s. In the case of CUNY, hardly anyone has talked about returning to free tuition. It’s not as if the rollback of free tuition was an emergency plan that was repealed after things got better for the city.

More broadly, the thinking regarding city government shifted. What crystallizes coming out of the fiscal crisis is a sense of the ultimate weakness of the state and its dependence on private economic actors. Therefore, you need to do anything you can to craft policy to attract corporations and wealthy individuals and that’s what should guide the city’s thinking at all points.

Even more than the coronavirus, the greatest threat to New York’s long-term future may be the dramatic reduction in government services that sends the city into a downward spiral amid a pandemic and mass unemployment and causes people to flee in ever larger numbers, further eroding the tax base.

Given that, should city leaders go against 40-plus years of orthodoxy and ask the State of New York for permission to borrow money on the private markets to cover its budget deficits instead of enacting draconian budget cuts?

I don’t think that borrowing money is actually going to be a solution here in the long run. My concern is that it would defer the political question about how to pay for New York’s government to the future and that it would empower the city’s creditors. Instead, I think the city needs to address its problems more directly and to keep pushing for higher taxes on wealthy New Yorkers, as well as a revision of state and national priorities.

I also think that the questions about what the city spends its money on should be echoed on the national level. Moving money from police to social services is a good start. But why should the military budget remain untouched in the throes of a public health disaster?

Finally, can you talk about the resistance to austerity that took place in New York during the 1970s and what we can learn from that.

The common wisdom has long been that people kind of accepted the budget cuts, that there was no choice so they had to deal with it. But I found in my research that wasn’t actually the case.

For example, there were large, sustained protests that saved Hostos Community College from being axed, which would have been a huge blow to the Puerto Rican community it served.

This too is a moment when that kind of popular mobilization is again needed. There’s no question that the Black Lives Matter movement is responsible for focusing much more energy and attention on the city budget than usual, and even though the billion-dollar cut to the NYPD has not turned out to be what we were told, the fact that people are even talking about it is very important and shows how crucial popular mobilization is if we hope to change the situation going forward. Waiting for Washington to act is a non-solution. We need instead to put popular pressure on the ground here in New York State and to work together to call for the city to rise to the moment of this crisis.