The Indypendent
Menu
A Free Paper for Free People
A cousin of Jamel Floyd outside the jail where he was killed. Photo: Sue Brisk.

Two months after the death of Jamel Floyd, his family and friends continue to fight for justice, protesting weekly outside of the Metropolitan Detention Center, where Floyd died after correction officers pepper-sprayed him in his cell.

The results from an independent autopsy are expected August 11.

The results from the independent autopsy are expected on Aug. 11 after an autopsy performed by the New York City medical examiner’s office listed the cause of Floyd’s death as inconclusive. They hope the second autopsy, which includes genetic and microscopic testing, will shed light on the death of the 35-year-old.

“This hurts to the bottom of my heart but we are going all the way to fight for justice for him,” James Floyd, Jamel’s father, said. “We pray that justice would be served and that they shut this jail down first and foremost.”

Last month, family and friends of Floyd attended his funeral. Although Floyd’s story has unfolded almost entirely outside the eye of the media, he was a well-known athlete in Hempstead, a sprawling Long Island town located about 22 miles east of the Metropolitan Detention Center in Sunset Park, Brooklyn.

“Their coaches used to run around trying to get them to play because they were the best baseball players,” said Donna Mays, Floyd’s mother, recalling Floyd and his siblings when they were young.

At a moment of unprecedented scrutiny of police misconduct, Floyd’s death stands out as another shocking case of brutality and callousness by law enforcement. According to Floyd’s family, officials at the federal jail knew he was asthmatic and diabetic. Correctional officers nevertheless pepper-sprayed him in his cell on June 3. 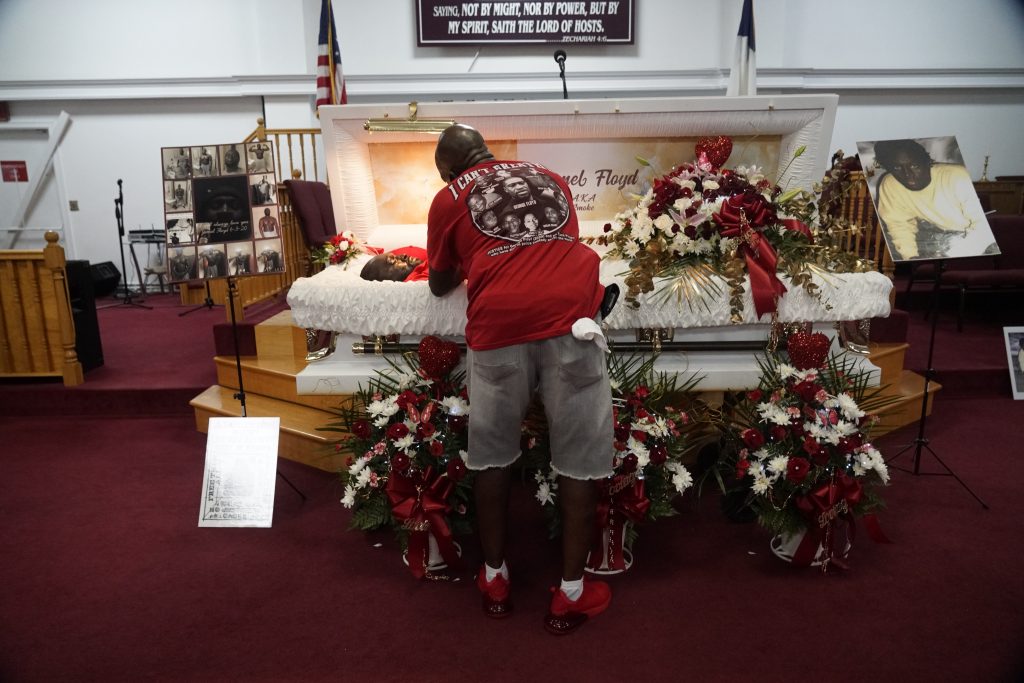 Floyd’s father, James, stands over his body at his wake. Photo: Sue Brisk.

According to the Bureau of Prisons, Floyd broke his cell door with a metal object that morning and “became increasingly disruptive and potentially harmful to himself and others.”

After the pepper-spraying incident, Floyd was removed from his cell. Medical staff found him unresponsive and performed “life-saving measures.” He was later pronounced dead at a local hospital.

Floyd’s parents learned about his passing through the media the day he died. His parents said they tried calling the Metropolitan Detention Center and didn’t get a response.

The Department of Justice’s Office of the Inspector General says it is looking into the incident in coordination with the FBI, but has refrained from commenting further. Legal aid and rights groups are calling for an independent investigation. They want video footage to be preserved to determine whether excessive force was used.

“Pepper spray, under normal circumstances, when it’s used the way it’s supposed to be used, is not supposed to be fatal,” Jose Saldana, director of the organization Release Aging People in Prison, told CNN. “But when it’s used excessively, it might trigger a heart attack or something else that may lead to someone dying. They had to have done something in addition to just giving a regular dose of pepper spray.”

Floyd was in the hospital the Friday before his death due to an assault by correction officers, according to his family.

Floyd, who was set to be released in 120 days following a 2007 burglary conviction, was moved from state prison to the federal facility in Oct. 2019. It is unclear why, although his mother told NBC News in June that it “had to do with a particular case and that he was supposed to be protected.”

Family members say he endured regular mistreatment at the Metropolitan Detention Center, where inmates weren’t allowed regular showers and there was not enough heat in the winter.

“I’m hurt,” said Floyd’s younger brother, Ramel. “It’s disgusting how the system works. How you go to extract someone out of a cell and they end up dead. It took the media for us to find out what took place as opposed to a phone call. The whole process of it is disgusting. It’s dehumanizing. The first time we got to visit him was in a morgue.”

The last time Floyd saw his family was in February before the facility was locked down due to the pandemic. He and Ramel planned to get their CDL license to start a moving business together. His girlfriend Shaquanna Wright was looking forward to being called Mrs. Floyd.

“No matter what a person is in jail for, no matter what they did, they don’t deserve to die at all — especially like that,” Wright said. 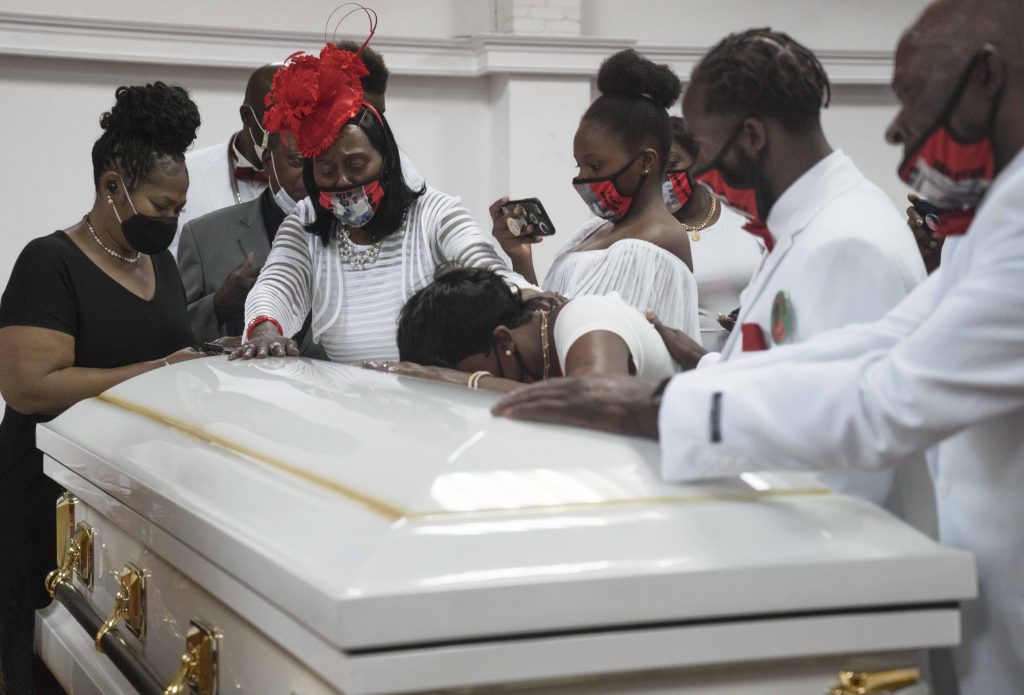