The Indypendent
Menu
A Free Paper for Free People
A protest encampment calling for the defunding of the NYPD at City Hall in June.Photo: Pamela Drew.

In the early hours of July 1, Brandon West watched as the City Council voted on the 2021 fiscal year budget. He hoped it would fail.

In next November’s elections, 35 of the City Council’s 51 members will be term-limited out of office, presenting a rare chance to alter the balance of power in the legislative body.

West, a democratic socialist running to represent Brooklyn’s 39th district in the City Council, had been in the streets for weeks demanding the city cut NYPD funding, and had helped organize the Occupy City Hall encampment. That night, he’d wanted to be at City Hall with those protesting the budget, which significantly cut funds for virtually everything except for the NYPD, but the night before, he’d been injured in an altercation with police there. Instead, he was at home taking ibuprofen, disappointed but not surprised as the final vote, 32-17, flashed across the live stream playing on his computer.

Of the 17 councilmembers who voted no, he noted, only nine believed the cuts to the NYPD weren’t meaningful enough.

“I knew we didn’t have the votes. I wasn’t expecting something magical to happen,” he says. “But to essentially have these folks in City Council ignore what was going on — it hurt.”

For West, the budget crystallized the need for a major shakeup in city government. As he sees it, establishment Democrats in City Council won’t push for the kinds of radical changes needed to meaningfully address New York’s crises of economic and racial injustice. But if elected, he says, socialists will.

“Are we going to have these small reforms that are going to potentially make things better or are we going to erase the structures of injustice and create alternatives?” he says. “That is the real difference.”

In next November’s elections, 35 of the City Council’s 51 members will be term-limited out of office, presenting a rare chance to alter the balance of power in the legislative body. While the New York City chapter of the Democratic Socialists of America (DSA) hasn’t yet announced how many races it will throw its endorsement and significant volunteer labor behind, socialists have already announced candidacies in all five boroughs. In Brooklyn’s 39th district alone, which stretches from Park Slope to Cobble Hill, three socialists are seeking the office.

“There are folks in this City Council who have been there for quite some time who have gotten very comfortable and are not responding to the current political moment with the urgency that they should be,” says Chi Anunwa, co-chair of DSA’s New York City chapter (an organization to which this reporter belongs). “This is true for the failure to meaningfully defund the police and it’s also true for housing. I think the left could potentially do a lot around those issues with fresh blood.”

It’s unclear how ranked-choice voting, which will debut in the 2021 elections, will impact the prospects for insurgent City Council campaigns. But if the slew of socialist victories in New York State legislature races this summer is any indication, a red wave in the City Council is a real possibility, potentially marking the biggest shift in the council’s makeup since the progressive class elected alongside Mayor Bill de Blasio in 2013.

“Generally speaking, that class was very conventionally center-left,” says Ross Barkan, a columnist at The Guardian and a former state Senate candidate. “It was not looking to really significantly upend the status quo in any way and it was largely deferential to the mayor. The next City Council will probably be very, very different.” 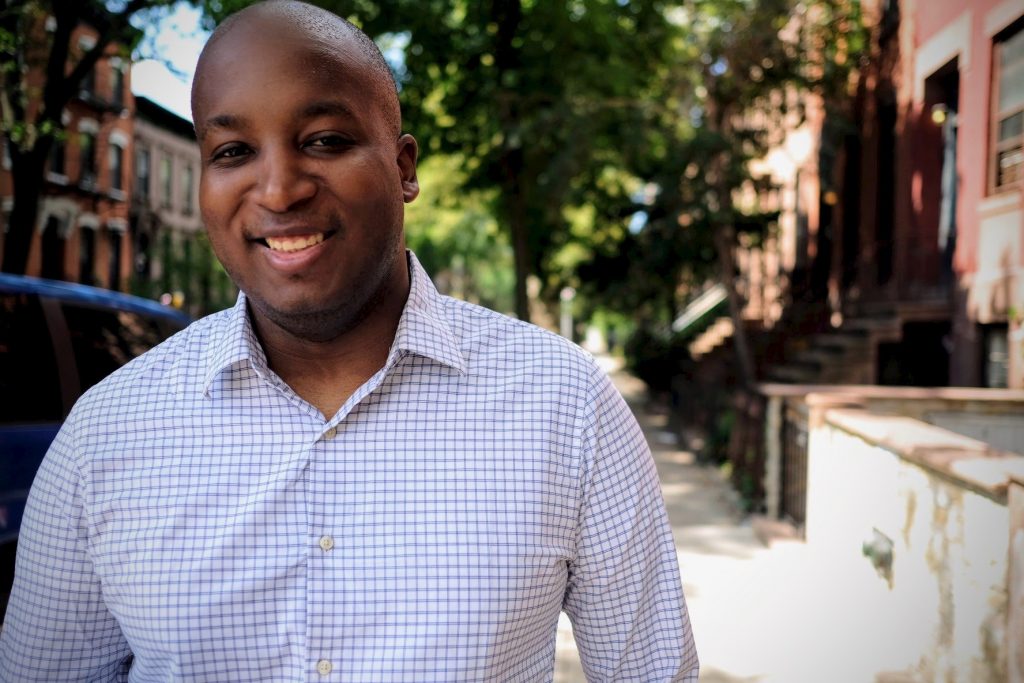 What a squad of socialists in the Council could actually achieve depends to a large extent on how many get elected. While any number of socialists would make a difference in the districts they serve, it would take a fairly substantial number to make a citywide impact. Ten socialists, for instance, could profoundly influence the election of the council speaker, the second-most powerful position in city government. That election, in turn, would affect the selection of powerful committee chairmen and the day-to-day priorities of the council — both powers of the speaker. The speaker also helps determine the composition of a Charter Revision Commission, which can propose major changes to the structure and function of the city’s government.

Such a change would be required, for instance, to establish an Elected Civilian Review Board (ECRB), a strong mechanism for police accountability, which activists have been advocating for years. Unlike the Civilian Complaint Review Board, which is appointed by the mayor, police commissioner, and City Council, an ECRB would be elected by and accountable to voters.

Kristin Richardson Jordan, a democratic socialist and third-generation Harlem resident running to represent Manhattan’s District 9, supports an ECRB as a transitional measure on the road to police abolition. “They would have the power to fire and suspend local police officers,” says Jordan. “I think that would change the whole culture and nature of policing.”

A charter revision would also be required to dramatically overhaul the city’s piecemeal approach to planning, which has a significant impact on issues such as gentrification, affordable housing and homelessness. 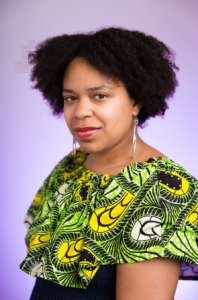 “We’re in a position right now where land-use changes end up being fought out on this rezoning by rezoning basis with one councilmember having a great deal of power and often either passing it against the will of their constituents or saying no and then taking a huge political hit for it,” says Samuel Stein, a housing policy analyst for the Community Service Society of New York and author of Capital City: Gentrification and the Real Estate State. A charter revision, Stein says, could lead to a comprehensive, citywide planning model that brings land-use decisions under community control and could help fulfill the socialist aim of a housing guarantee.

In the absence of charter revisions, socialist councilmembers could still shift the needle on both policing and land use simply by exercising powers that have been largely neglected in the past.

Instead of letting the police department operate as a “private fiefdom,” Barkan says, a socialist caucus could much more aggressively monitor the department by bringing NYPD officers and leaders into the council for hearings and investigations.

Likewise, according to Stein, a group of socialists could band together and use councilmembers’ often-ignored ability to proactively propose community-led land use plans for their districts. In that way, they could collectively reimagine broad swaths of the city.

While all those changes could be meaningful, the 2023 budget is the arena where socialists potentially have the biggest opportunity to remake the city — but it’s also an issue of great uncertainty. If Democrats win the White House and the Senate and then send direct federal COVID aid to state and local governments, socialist councilmembers could push for that money to fund a recovery program that centers municipal projects over private development.

“Public infrastructure, public housing, public works: that’s how we’re going to dig ourselves out of the sinkhole that we’re in,” says Victoria Cambranes, a democratic socialist and native Brooklynite running for City Council in the 33rd District.

Socialists, along with some of the progressive councilmembers who opposed the 2021 budget, would also be in a stronger position to divert money away from the NYPD toward social services.

“It’s not all about the socialists that we get into that body, although we want to get as many as we can,” says Justin Charles, a member of DSA’s National Political Committee. “I think it’s about the socialists being able to create space for other progressives to work in coalition with us toward the kind of vision that we’re putting forward.”

If Republicans retain control of the White House and Congress, however, the federal government will likely continue to hang state and local governments out to dry. In the absence of federal aid so far, Gov. Andrew Cuomo has refused to allow the city to borrow billions of dollars to pay for basic operating expenses and resisted calls to raise taxes on millionaires and billionaires to balance the State’s deficit.

Moreover, his recent move to take control of the New York State Financial Control Board, which was set up by the state in the 1970s, means he could be looking to exercise even greater power over the City’s finances and impose harsh austerity measures.

“If there’s no federal money, and Cuomo refuses to raise taxes, and the city is not allowed to borrow money, no matter how left-wing the City Council is, it’ll be quite difficult to enact real change. That costs money,” says Barkan. “You can change laws, but the big stuff will be very hard to do.” 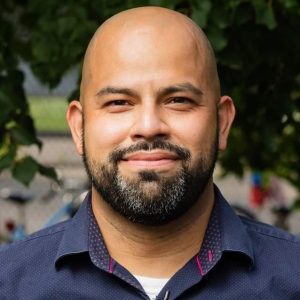 Alderman Andre Vasquez says it’s been a challenge being a socialist councilmember in Chicago. Photo: Facebook.

In the face of austerity and opposition across city and state government, the council’s relatively small size compared to the state legislature means leftist councilmembers would have a significant bully pulpit to build their movement. Just ask Alderman Andre Vasquez, who was elected to Chicago’s City Council last spring along with five other socialists.

Having socialists in government amplifying the concerns of fellow activists and labor organizers and informing their campaigns, he says, is “incredibly powerful.” When the Chicago Teachers Union went on strike for two weeks in the fall, for instance, “they knew that they had us on the front line” and the socialist caucus’s support ultimately “added more leverage to their conversation.”

Passing socialist legislation, however, has proven challenging. Vasquez and the rest of the Council’s socialist caucus were elected on a platform of putting the city’s police force and its power provider under democratic control, establishing an elected school board, and placing a moratorium on charter schools, among other measures. As those initiatives come up against institutional opposition, Vasquez says, members of the caucus now find themselves split on how to best navigate the political terrain.

“There are some of us who understand that we don’t have the numbers and want to continue railing against the system because that causes the kind of tension that raises awareness,” he says. “Others of us look and say, ‘There are 50 council members, and we need to get to 26 votes, so let’s build relationships with colleagues who aren’t democratic socialists and figure out how we can get to those numbers and affect change.’”

If socialists end up a minority in the New York City Council and face resistance from both the powerful mayor and governor, similar deliberations — and their accompanying frustrations — will surely occur. But socialists like West believe that such challenges in the City Council are worth confronting. Combined with movement-building in places like Occupy City Hall, working within the existing halls of power represents a difficult road to change — but still, perhaps, the best one available.

“We’ve got to create the world we want,” West says. “It’s less pie in the sky than it would have seemed before.”