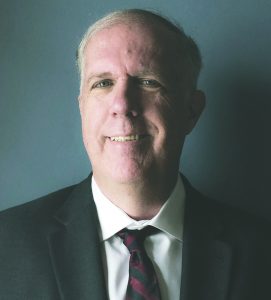 We need to remove Trump from the White House. We also need to be clear that Joe Biden is not the solution to the critical problems facing America or New York.

There is one independent party on the ballot in New York that embraces a progressive agenda — the Green Party — and we need your vote on Election Day for Howie Hawkins for president, both to send a message to the two corporate parties but also to allow the Green Party to survive the efforts by the Democrats to kill us.

The Greens inaugurated the call for a Green New Deal and a ban on fracking in 2010, with a 10-year timeframe to end carbon emissions combined with an economic bill of rights. We have, for decades, advocated expanded, improved Medicare-for- All. In our first statewide race in 1998, we demanded an end to the war on drugs and mass incarceration, plus justice for Palestinians. For decades we have championed LGBTQAI rights; the Green mayor in New Paltz began performing same-sex marriages in 2004, which helped inspire the national movement. We were the first party calling for a $15/hour minimum wage.

Green Party positions are broadly popular: we embrace Eco-Socialism and call for public ownership and democratic control over our economy. The party has long advocated taxing the rich, slashing the military budget by at least 75%, a guaranteed living wage for all and universal basic income, and defunding the police.

Trump must be removed. He has called for a race war in the United States. He is openly promoting fascism.

Trump is not an aberration. He is the product of 40 years of increasing corporate power in America. He is a con man, aided and abetted by mainstream media. The corporations bankroll both major parties.

The founding fathers restricted the right to vote to rich, white males. They created the Electoral College to increase the power of the slave states, a goal it still accomplishes. The vast majority of Americans have no say in electing a president since it is clear which party will win the electoral votes in their state. In New York, the Democrats will win by 3 million votes. That frees New Yorkers to vote their beliefs rather than their fears, to act as if we live in a democracy.

New York progressives will also hear appeals from the Working Families Party for their vote. The WFP is primarily a Democratic Party club, running some candidates in primaries to try to push the Democrats to the left. This has not been effective, especially their decision to back Andrew Cuomo four times as well as members of the Independent Democratic Conference who allied themselves for years with the Republicans who controlled the State Senate. The Greens are consistently decades ahead of the WFP in promoting progressive issues. All the WFP needs to do is convince a few percent of New York’s 5 million Biden voters to vote on the WFP line.

The Green Party needs the vote of progressives who want a different world and who have the courage to stand up to the two corporate parties. While the Greens need at least 170,000 votes to continue to exist in New York, we also need as large a vote as possible against the corporate agendas of both Trump and Biden.

The climate crisis is the greatest threat to humanity and our fellow inhabitants of the planet. Biden is calling for a 30-year timeline to get to “net zero emissions,” which means allowing fossil fuels to be burnt via “carbon capture” technology. Biden’s climate agenda is a death warrant for life on the planet as we know it.

We need to remove Trump and fight Biden. In New York, we can do both by vot- ing for the Green Party’s Howie Hawkins and Angela Walker for President and Vice- President.

Mark Dunlea is a co-founder of the Green Party of New York and its 2018 candidate for state comptroller.