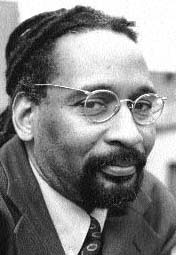 In the early 1990s, while death engulfed many of ACT UP/New York’s leaders, a cadre of survivors forged a new AIDS activism in this city. Born of ACT UP’s housing committee, Keith Cylar’s Housing Works created a client-centered model to meet basic human needs and build grassroots radical activism among homeless people with AIDS. The New York City AIDS Housing Network (NYCAHN), headed by Joe Bostic, Jennifer Flynn and Joe Capestany, brought this constituency into top leadership positions. But AIDS activists are still dying. With Cylar’s death on April 5 and the recent passing of both Bostic and Capestany, this movement’s still rising new leaders must shoulder the grief of losing their mentors — and the responsibility of carrying on their work.

As chief operating officer of Housing Works, Cylar applied principles of harm reduction – a philosophy described by the Harm Reduction Coalition as meeting drug users “where they’re at” by using “a spectrum of strategies from safer use, to managed use to abstinence” – while sheltering 15,000 people, offering mental health and medical care, job training and more.  “Because Housing Works provided services, it could organize a community that was left out of ACT UP,” Flynn says. “You’re not going to stay up all night writing a press release with lawyers if you’re a homeless person with AIDS who just got out of prison. ”

Cylar, a gay Black man who died of AIDS at 45, lived direct action – he was arrested more than 50 times – and inspired staff and clients to join him. Housing Works sued Giuliani when he tried to block the group’s funding in retaliation for city office takeovers.

Joe Bostic, a former Black Panther and a prisoner for 17 years, founded NYCAHN with Flynn in 2000 – a year after leaving jail homeless – and fought for healthcare in state prisons. “He worked his way to co-director,” Flynn says. “He got a fellowship and did the Oral History Project so those who couldn’t show up for a protest or meeting with a City Council member – active drug users, the homeless, very sick or mentally ill – could make their voices heard. We were thinking he would take over the organization.”

Bostic, who lived with AIDS and hepatitis C, died at 51 on March 18.

Joe Capestany, a Nuyorican Vietnam vet, was “the heart of NYCAHN,” says Flynn. “He started by taking an organizer training with me and Joe Bostic. By the end of it, he’d completely rewritten our training, with a new name –POWER: People with AIDS Organizing for Welfare Equal Rights – and we’ve been doing it that way since. He trained 300 low-income PWAs [People with AIDS] in community organizing… while living with HIV and hepatitis C, struggling with drug addiction, coming to the office gasping for breath because he was really sick, and putting in a 10-hour day.” Capestany, 48, died last December.

On August 30, Housing Works and NYCAHN will lead Still We Rise, a multi-issue poor people’s march against the RNC. “If you want to see the real tribute [to Cylar, Bostic and Capestany], it’s going to be Still We Rise,” Flynn says. “I want to see big pictures of them, I want Missy Elliot to say their names onstage. It’s amazing how quickly grief turns into rage, and people just want to get to work.”

But with three top organizers gone, new leaders must emerge. “Keith called the march and was going to do a lot of work for it,” Flynn says. “We need people to make phone calls, knock on doors, go out to organizations and talk up the demonstration. Keith was a revolutionary for 20 years – we don’t have those connections, so it’s more work. Of course, people didn’t have connections at the beginning of the epidemic, but they accomplished so much anyway. We need that energy now.”

Still Marching: Keith Cylar of Housing Works was helping organize a massive poor people’s march for the first day of the RNC before he died earlier this year. His colleagues say they will continue his work.