It was supposed to be a free country. Then they came for the dancers. Giuliani’s enforcement of the city’s archaic cabaret laws that technically ban dancing in bars without the proper permits must have made even history’s hardiest tyrants chuckle in their graves. The thin line between a casual gyration over cocktails and a party girl going buckwild on a tabletop compelled many clubs, under threat of a city padlock, to enforce a strict “no rhythmic movement” rule on drunken patrons. This was no fun at all, and even worse, people put up with it. As long as the white middle classes got what they wanted, which they kind of did, they tolerated Giuliani’s neurotic program of total social control. His quality of life initiatives banned everything from begging to gay cruising in the Rambles. The historical home of American liberty when the rest of the country groaned under banality and preachers, New York in the Giuliani Era morphed into a shopping-mall authoritarianism where any minor altercation with the law promised at least an overnight trip to the Tombs, if not a plunger in the ass, or 41 bullets. But of all Giuliani’s anal antics, perhaps the most manifestly insane was his ban on fireworks. 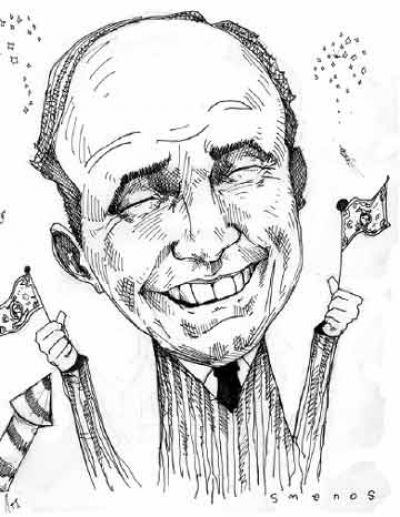 In the weeks leading up to July 4, when New York was New York, roman candles, bottle rockets and the endless ripple of firecrackers, punctuated by M-80 boom, used to fill all five boroughs. Chinatown locals spent weeks wading knee-deep through shredded paper jackets. The smell of gunpowder was the herald of summer. “Rockets’ red glare” is how America celebrates its independence from the dread British, and how the Chinese celebrate pretty much anything at all.

But tradition be damned! Giuliani’s philosophy only had love for money and order – the spirit of independence didn’t fit in his campaign against “broken windows.” Small infractions were what gave New Yorkers the feeling of autonomy, so the power of the state was brought down with particular ferocity on the little things. Chinatown was pissed when he enforced the anti-fireworks ordinance; other people grumbled. But as with so much during Giuliani’s reign, most just shrugged it off and went back to work to pay their jacked-up rents. His strategy of cracking down on minor infractions to enforce social discipline worked. He was right: If you send enough people to jail, they’ll learn to fear freedom. A whole generation of kids came of age learning to do what they were told.

But the era of the tight-ass is finally starting to give. First there were the smoke-easies. Small bars downtown now flaunt the city’s smoking regulations in the late-night hours. Then casual dancing returned as party-goers picked up that Bloomberg, while continuing the corporate fellation of Giuliani, doesn’t get off on poking fingers in our eyes quite like his predecessor. The more people see what we can get away with, the more a casual ethos of freedom spreads.

It’s time to up the ante by celebrating our independence in the best way we can: It’s time to blow things up. In 2004, the FDNY received a ten-fold increase in fireworks noise complaints on July 4 over the year before. This June, fireworks are already on the up tick with nightly, though still sporadic, bottle rockets launching from rooftops and backstreets. All it takes to join the fun and do your part for freedom is one friend with a car, an empty trunk and a proper appreciation that bigger is better. If the cops are intent on treating us all like children, then we might as well act like it. Setting off fireworks isn’t just a way to celebrate a hypocritical holiday; it’s a fun way to declare our independence in fact, not ritual.