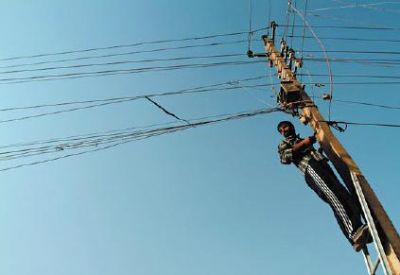 Jamail says that while average Iraqis are strongly opposed to internecine warfare, the use of ethnic-based militias against the Sunni Arab insurgency has ignited a dirty war that threatens to become another Lebanon or Balkans conflict.

With the war at a stalemate, repeated deployments, wearing down troop morale and too few new recruits to maintain force levels, the Bush administration may be provoking civil war as its “exit strategy.” The goal would be to break up Iraq into mini-states to allow a reduction in U.S.  troops while retaining access to massive oil deposits in the North and South.

“Every single thing the U.S. did led to civil war,” says Christian Parenti, author of The Freedom, his account of occupied Iraq. “The failure of reconstruction, the firing of the army, the blatant theft of Iraqi oil money, the use of the Badr Brigade, the use of Peshmerga, the use of death squads, the use of indiscriminate detention and torture, the destruction of Falluja and other towns in Al Anbar province,” explains Parenti, created a raging insurgency and sparked civil war.

The communal divide was widened by the U.S.-managed election process.  Political parties were required to form “slates” for last January’s election.  However, with violence rampant, few candidates campaigned in public so most Iraqi voters cast ballots based on ethnic allegiance. At the same time, U.S. forces were trying to crush resistance in Sunni Arab regions, ensuring their alienation from the new government. Following the election, government posts were divided according to ethnic quotas, similar to Lebanon’s system of government.

Parenti says that “because the major Shiite parties did run in the election,” some insurgents view them as collaborators.  “There was a heavy Islamization of the Baathists and army after the first Gulf War. A lot of the Sunni Baathists in the resistance think the Shiites are animals.  They think they’re Iranian scum.” This has led to a wave of sectarian violence against Shiites, he adds.

Once the victorious Shiite parties cobbled a government together in April, they placed the Interior Ministry under the control of the Badr Brigades, the military arm of the powerful Shiite-based Supreme Council for Islamic Revolution in Iraq. As for the army, a report in The Guardian states bluntly, “Both Iraqi and American officers say that the Ministry of Defense in Baghdad has fallen under the control of Kurdish political parties.”

The result has been a wave of deathsquad killings. Since April, “nearly 1,000 people – most of them Sunni Muslims” have been killed in the southern city of Basra alone, according to the Christian Science Monitor. In May, at least 10 Sunni and Shiite clerics were assassinated.

Writing in The Independent, Patrick Cockburn reports, “Many Sunni military officers and Baathist officials believe they are on a death list of the Badr Brigade which is operating through the [police] commandos… an aggressive paramilitary force controlled by the Interior Ministry.”

The Times of London noted on July 18: “hardline Shia militias… are patrolling large parts of Baghdad, often rounding up suspected Sunni insurgents and imprisoning or even killing them.” The U.S. took the sectarian strategy a step further in May with “Operation Lightning,” using 40,000 mainly Shiite troops to sweep through Baghdad and round up hundreds of Sunni males.

In the North, the Kurds have turned the tables on Sunni Arabs, who benefited from Saddam Hussein’s repression of the Kurds. The effect can be seen in the largely Sunni Arab city of Mosul, with a population of 1.7 million. According to Salon.com, Kurdish forces refer to Sunni Arabs “as murderous ‘dogs,’ two-faced liars, animals and other epithets that indicate… hatred of a group clearly regarded as an enemy.” The same report estimates that more than 40,000 Peshmerga have been transferred wholesale into the “national” security services.

The Kurds are even running their own network of secret prisons, according to The Washington Post. With the knowledge and cooperation of U.S. forces, the Kurds have seized hundreds of Arabs and Turkmen in the city of Kirkuk, and possibly Mosul, and illegally transferred them to prisons further north.

A similar situation prevails in southern Iraq, which has become a de facto religious state: alcohol is banned, rigid dress codes are being enforced, prostitutes are being murdered and local governments and security forces are under the sway of competing Shiite parties and movements.  Just like the North, the South has massive oil reserves, which is fueling a separatist movement. “We want to destroy the central system that connects the entire country to the capital,” one Shiite autonomy campaigner told The New York Times.  Breaking up Iraq may be part of the plan to cut U.S. forces. A report leaked to media in early July stated that the Pentagon plans to draw down troops from 138,000 to 66,000 by early 2006.  Analyst and historian Juan Cole writes, “The withdrawal plan implies a willingness to turn the five northern provinces over to the Kurdish Peshmerga paramilitary, and the nine southern provinces over to a combination of Shiite militias and new Iraqi government security forces.”

It’s highly questionable if Iraqi forces are up to the task. Trudy Rubin traveled to Iraq to determine if Iraqi forces could pick up the slack. She wrote in the Baltimore Sun: “Today, there are more than 100 military and police commando battalions, totaling 169,000 Iraqis. But of the 80 military battalions, only three –at most – are fully capable of planning and carrying out counterinsurgency operations on their own.”

The ineptness of the Iraqi security forces is partly due to the success of the insurgency. Christian Parenti says insurgents he spoke to said, “We’ve read Mao,” meaning they know how to conduct a sophisticated guerrilla war and isolate their enemy, the United States.

The resistance has forced out the United Nations, more than a dozen countries in the “coalition of the willing” and almost all international aid agencies.  They have assassinated more than 50 high-ranking government officials since power was “handed over” on June 28, 2004. In the last few months, they have killed scores of mid-level officers in the security services, indicating they have thoroughly infiltrated the forces and are debilitating the operational leadership.  Most recently, they attacked at least four foreign envoys within one week.

But they need a political wing to consolidate gains on the battlefield. Pepe Escobar of Asia Times argues that a national liberation front is emerging that includes the Association of Muslim Scholars and Shiites grouped around populist preacher Moqtada Al-Sadr.  Escobar writes, “Many groups in this front have already met in Algiers. The front is opposed to the American occupation and permanent Pentagon military bases; opposed to the privatization and corporate looting of the Iraqi economy; and opposed to the federation of Iraq, i.e., balkanization.”

If the Bush administration is provoking civil war, it could create an even greater disaster.  If Iraq starts to unravel, neighboring countries like Syria, Turkey, Saudi Arabia and Iran would move in to stake their claims. The White House is clearly afflicted with a gambler’s mentality: it keeps increasing the stakes to try to recoup its losses.

Parenti notes that domestically the entire “political class is united that the U.S. is not going to leave. They say the stakes are too high, and I think they’re totally correct. The U.S. will eventually lose and it will have a dramatic effect on its power worldwide.”