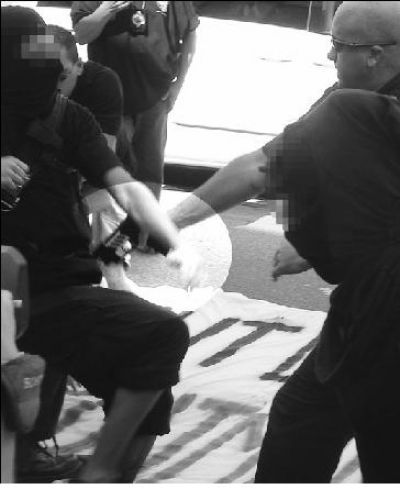 The police then attacked the crowd with pepper spray, dogs, and electric tasers. There were six arrests, and two protesters were hospitalized.

One woman was bitten by a police dog and then arrested. POG held another rally on Aug. 27, calling for an end to police violence and an end to the Iraq war.