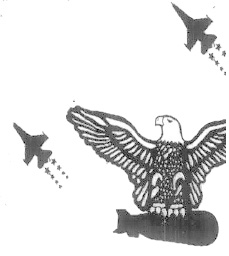 Noam Chomsky analyzes U.S. foreign policy with a hammer. Academic critics on both right and left chide him for the crudeness of his political statements, but imperialism is crude. While Chomsky has a tendency to portray politics as simple, perhaps simpler than it actually is, he does so to bring out the dark underbelly of U.S. power. Instead of long methodological discussions or lifting jargon from French theorists, he brings his expertise to bear on the workings of power, sketching the brutal face worn by U.S. power and the “invisible hand of the market” in the global South in ways accessible to a popular audience.

There is nothing particularly new to be found in Imperial Ambitions, the first collection of interviews with Chomsky since Sept. 11, but that is the point. In a series of clear, concise interviews Chomsky lays out the roots of the Bush Administration’s policies of “preventive war” in the foreign policy of Clinton & Co., the imperialism that has infected the entirety of post-WWII U.S. foreign policy and the strain of paranoia in American popular thought that runs back to the early colonialists’ fear of the “merciless savages.” Chomsky is precisely the kind of critical intellectual that a genuine democracy needs; Imperial Ambitions shows just how far the United States is from being one.