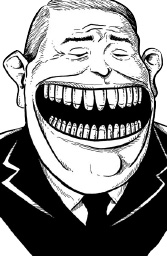 One of the nation’s leading pollsters, Andrew Kohut of the Pew Research Center, wrote recently that among Americans “there is little potential support for the use of force against Iran.” This month the White House has continued to emphasize that it is committed to seeking a diplomatic solution. Yet the U.S. government is very likely to launch a military attack on Iran within the next year. How can that be? In the runup to war, appearances are often deceiving. Official events may seem to be moving in one direction while policymakers are actually headed in another. On their own timetable, White House strategists implement a siege of public opinion that relies on escalating media spin. One administration after another has gone through the motions of staying on a diplomatic track while laying down flagstones on a path to war.

Several days ago President Bush said that “the doctrine of prevention is to work together to prevent the Iranians from having a nuclear weapon” – and he quickly added that “in this case, it means diplomacy.” On April 12 the secretary of state, Condoleezza Rice, urged the U.N. Security Council to take “strong steps” in response to Iran’s announcement of progress toward enriching uranium. Bush and Rice were engaged in a timeworn ritual that involves playacting diplomacy before taking military action.

Seven years ago, President Clinton proclaimed that a U.S.-led NATO air war on Yugoslavia was starting because all peaceful avenues for dealing with the Serbian president, Slobodan Milosevic, had reached dead ends. The Clinton administration and the major U.S. media outlets failed to mention that Washington had handed Milosevic a poison-pill ultimatum in the fine print of the proposed Rambouillet accords – with Appendix B stipulating that NATO troops would have nearly unlimited run of the entire Federal Republic of Yugoslavia.

DIPLOMACY CAN BE DECEIVING

Recent decades of American history are filled with such faux statesmanship greasing the media wheels and political machinery for military interventions in Southeast Asia, the Caribbean, Central America and the Middle East. But the current administration’s eagerness to use “diplomacy” as a prop for going to war has been unusually brazen.

On Jan. 31, 2003 – five days before the ballyhooed speech by then-Secretary of State Colin Powell to the U.N. Security Council – the president held a private Oval Office meeting with Tony Blair. Summing up the discussion, the British prime minister’s chief foreign policy adviser David Manning noted in a memo: “Our diplomatic strategy had to be arranged around the military planning.” Meanwhile, President Bush and his top aides were still telling the public that they were pursuing all diplomatic channels in hopes of preventing war.

Pundits have often advised presidents to use diplomatic maneuvers as virtual shams in order to legitimize the coming warfare. Charles Krauthammer blew his stack in mid- November 1998 when U.N. Secretary General Kofi Annan seemed to make progress in averting a U.S. missile strike against Iraq. “It is perfectly fine for an American president to mouth the usual pieties about international consensus and some such,” Krauthammer wrote in Time magazine. “But when he starts believing them, he turns the Oval Office over to Kofi Annan and friends.”

In late summer 2002, with momentum quickening toward an Iraq invasion, Newsweek foreign affairs columnist Fareed Zakaria urged the Bush administration to recognize the public-relations value of allowing U.N. weapons inspectors to spend some time in Iraq.

“Even if the inspections do not produce the perfect crisis,” he wrote optimistically, “Washington will still be better off for having tried because it would be seen to have made every effort to avoid war.”

When reality can’t hold a candle to perception, then reality is apt to become imperceptible. And in matters of war and peace, when powerful policy wonks in Washington effectively strive for appearances to be deceiving, the result is a pantomime of diplomacy that’s scarcely like the real thing. When the actual goal is war, the PR task is to make a show of leaving no diplomatic stone unturned.

That kind of macabre ritual was underway on April 10 when former White House Press Secretary Scott McClellan told reporters: “The president has made it very clear that we’re working with the international community to find a diplomatic solution when it comes to the Iranian regime and its pursuit of nuclear weapons.”

The quote appeared the next morning in a New York Times news article under a headline that must have pleased the war planners at the White House: “Bush Insists on Diplomacy in Confronting a Nuclear Iran.”

Ambrose Bierce defined diplomacy as “the patriotic act of lying for one’s country.” But there is nothing less patriotic than lying to one’s country, especially when the result is a war that could have been avoided if honesty had substituted for mendacity.

Norman Solomon’s latest book is War Made Easy: How Presidents and Pundits Keep Spinning Us to Death. For information, go to: www.WarMadeEasy.com.