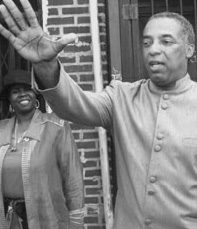 “I ran a very impressive campaign and had almost 200 people who worked for free,” Barron told the Canarsie Digest. “We have launched a movement now.We showed that money isn’t everything.”

Barron has been a fierce critic of the Iraq War and U.S. intervention in Venezuela, Haiti and Palestine. He has also called on the government to pay reparations for slavery.