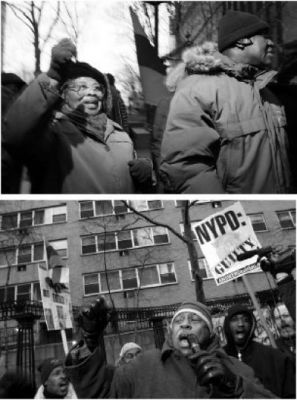 What should we expect as the Sean Bell case goes to the grand jury? Will it be like the Amadou Diallo case, in which the grand jury found reason to press criminal charges, although the officers were ultimately acquitted?

The right to a grand jury is contained in the Fifth Amendment to the U.S. Constitution; the function is to provide a community filter on a prosecutor’s discretion. It is designed to protect a suspect from having to face serious criminal charges on flimsy evidence. In New York, grand juries are composed of 23 people and 12 of them must vote for an indictment or else the case cannot be prosecuted as a felony. In order to preserve the presumption of innocence, the proceedings of a grand jury always stay secret – much to the consternation of the media.

A suspect has the right to testify before the grand jury but may decide not to do so, preserving the right to remain silent throughout the duration of the criminal proceedings.

Officer Michael Oliver, who fired 31 shots, has said he will testify before the grand jury, but he wants to be the last, following an expected 40 to 50 witnesses. Perhaps he is hoping that some of that secret testimony will leak out to his advantage.

When he testifies, he is not allowed to have a lawyer with him. He may step out of the grand jury room to confer with his attorney, but the attorney may not enter the grand jury room. The surviving victims of the Kahlua Cabaret shootout will speak to the grand jury. They say the officers did not reveal their plainclothes status, and they thought they were being robbed. Unless the other officers convince the grand jury that they thought their lives were in danger, there will have to be an indictment. The four other cops have said they will testify. No announcement has been made as to whether any of them will receive immunity from prosecution in exchange for their testimony.

They may stick together like Abner Louima’s abusers did, apparently to concoct a story that would keep all but one of them out of jail, as well as provide grounds for an appeal. Even if there are no criminal charges, there will certainly be a civil lawsuit for deprivation of civil rights. Most likely, the taxpayers will pay the cost of the defense and the damages. One effective reform would be to take the damages award out of the NYPD budget. Presently it comes from general coffers. With an ineffective Civilian Complaint Review Board and a politically powerful police union, there is very little deterrent to shooting first and asking questions later.