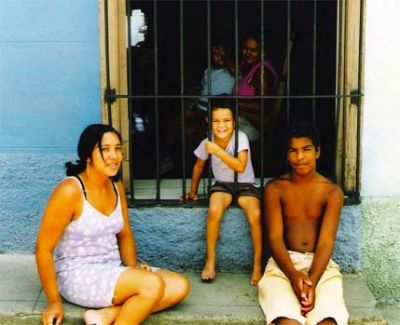 When several Beacon High School students cut themselves on sea urchins while visiting the seashore in Piñar del Rio, Cuba, they went to a nearby government- run health clinic and were treated free of charge and with no bureaucratic hassles — like everyone else who comes through the facility.

“All the technicalities we have to deal with here when you are admitted to a hospital — Social Security number, health insurance coverage, etc. — gets disregarded in Cuba,” said Jason, one of roughly a dozen Beacon students who made the trip. “When you are in pain, they treat you and deal with the other stuff later.”

Jason and the other students journeyed to the Communist nation in early April both to study a different society and to compare it to their own. But, ever since they were greeted on their return with a four-hour interrogation by U.S. Customs officials, threats of fines as high as $65,000 per person for breaking U.S. travel laws and a media feeding frenzy led by the New York Post, they say they have learned more than they ever expected about their own country.

“I thought maybe we’d get a little bit of media attention but I definitely didn’t think we’d get on the front page,” said Julian.

“I picked up the paper and was like, ‘wow’. I’ve heard a lot about how the media falsely portrays stuff and is corrupt in many ways. But I never really understood it,” said Andre, who also traveled to Cuba. “Many aspects of the media aren’t just there to distribute information but they have a goal in mind and a lot of the time it’s based on what’s in the government’s best interest, not the people.”

“We have freedom of speech, freedom to travel. Yet, we have these sanctions that stop us,” said Mark, another student who went on the trip. “If we’re fined all this money, it’s going to make the United States look bad for something that is so unnecessary.”

Speaking with a reporter for the first time since the furor erupted, Jason, Julian, Andre and Mark gathered down the street from their Upper West Side high school after classes let out early on a Friday morning for parent-teacher conferences. They asked that their real names not be used due to legal concerns. The four students emphasized that the trip had been organized independently of the school and that it was unfair to attack Beacon for it. According to the four students, preparation began many weeks in advance of the trip and included regular Wednesday meetings after school at a local church where they read and discussed a wide range of views on Cuba and its government with Nathan Turner, a popular Beacon High history teacher who chaperoned the trip.

“This wasn’t a Beacon trip and nothing should have come back to Beacon in anyway. This is on us and on Turner,” Andre said.

Upon arriving in Cuba, the students kept up a busy pace each day visiting schools, clinics, farms and cultural centers and meeting with political, religious and community leaders, while accompanied by a government-provided translator. Though wrapped in a cocoon of relative privilege during their nine-day stay, the students were confident they had seen Cuba from enough different perspectives to gain a strong insight into the country and its people. For Jason, one of his most powerful memories was of Havana’s vibrant nightlife.

“Everyone there is such a good dancer. Everyone,” he recalled. “Even if they are not dancing, you can tell when they are walking down the street. They have complete control of their body.”

More than seeing some hot dance steps, the students were struck by their encounter with a society free of most commercialism, where scarce resources are shared equitably and concern for the common good is considered more important than individual greed.

“They are an environmentally aware people,” Jason said. “They don’t waste water or paper or anything … You can hitchhike … Everyone picks up each other. It’s unheard of to have one person in a car.”

“Here, we’re so powerful and have all this money yet we have all these gaps in social class [and] there’s all this crime and tension between different races,” Mark noted. “There, that’s not an issue. You’re not looked at on how much money you have or your skin color or where you live.”

“We’ve seen what America does when a hurricane comes. They set up a system for poor Black people to fail,” said Andre, who did volunteer work in New Orleans as a part of an earlier field trip also organized by Turner. “In Cuba, the moment they find out a hurricane is on the way, they do a mandatory evacuation and get every single person out of the way [and] people will stay in other people’s homes. A guy we spoke to had the biggest house in his neighborhood. He had 30 people stay in his house for a week and he had no problem. He fed them until the government supplied emergency food and then the government supplied the resources to rebuild every single home.”

As things turned out, memories of their visit was the only thing the students were allowed to bring back into the United States, as customs officials in the Bahamas confiscated all their souvenirs from the trip and took them into a separate room where they were grilled for four hours before being allowed to catch their connecting flight to New York. Restrictions on the rights of U.S. citizens to travel to Cuba date back to the early 1960s and were further tightened in 2004. To the students, the travel ban smacks of the kind of heavy-handed repression that the U.S. government frequently accuses Cuba’s leaders of engaging in. And they say they have the full support of their parents as they vow to resist any sanctions that are levied on them.

“It’s our First Amendment right to travel,” Mark said. “Post 9-11, everyone has been paranoid and has all these fears of terrorism and I think Cuba should be the last one on their list.” While they brace themselves for possible legal actions, the four students are also grappling with reverse culture shock as they readjust to everyday life. “It’s kind of depressing,” Jason said. “I just want to tell everyone a better world is possible. But a lot of people don’t believe it and because they don’t believe it, then it’s not possible.”

Tweakin' on Beacon: Why the NY Post Smeared One of the City's Best Public Schools
By Chris Anderson

Stop Trashing Our School
By Gleb Mikhalev and Kyle Giller