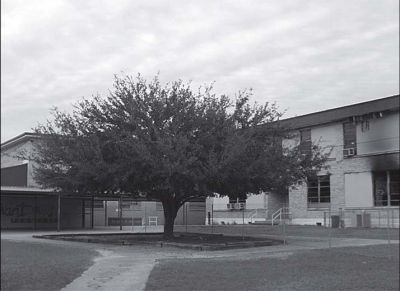 Speaking to demonstrators in front of a rural Louisiana courthouse in early May, Alan Bean, a Baptist minister from the Texas panhandle, inveighed against injustice. “The highest crime in the Old Testament,” he declared, “is to withhold due process from poor people. To manipulate the criminal justice system to the advantage of the powerful, against the poor and the powerless.” As he delivered his message to the crowd, officers from the state police intelligence division watched from the side, videotaping speakers and audience.

In the space of a few weeks, more than 150 residents of Jena, a small central Louisiana town, have organized an inspiring grassroots struggle against injustice in the mostly segregated community. The demonstrations began when six Black students at Jena High School were arrested after a fight at school and charged with conspiracy to attempt second-degree murder. The students now face up to 100 years in prison without parole, in a case that King Downing, National Coordinator of the ACLU’s Campaign Against Racial Profiling, said “Carries the scent of injustice.”

SIMMERING TENSIONS
Local activists say that the wave of problems started last September when Black high school students asked for permission to sit under a tree at an area of the high school that had, traditionally, been used only by white students. The next day, three nooses were hanging from the tree.

The following week, Black students staged a protest under the tree. At a school assembly soon after, La Salle Paris District Attorney (DA) Reed Walters, appearing with local police officers, warned Black students against further unrest. “I can make your lives disappear with a stroke of my pen,” he threatened.

According to many in Jena, tensions simmered in the town throughout the fall, occasionally exploding into fights and other incidents. No white students were charged or punished, including the students found to have been responsible for hanging the nooses. Bryant Purvis, one of the Black students now facing charges, stated that after the incident, “There were a lot of people aggravated about it, a lot of fights at the school after that, a lot of arguments, and a lot of people getting treated differently.”

Within hours, six Black students were arrested. “I think the DA is pinning it on us to make an example of us,” said Purvis. “In Jena, people get accused of things they didn’t do a lot.”

Soon after, their parents discovered that these students were facing attempted murder charges. “The courtroom, the whole back side, was filled with police officers,” Tina Jones, Bryant’s mother, recalls. “I guess they thought maybe when they announced what the charges were, we were gonna go berserk or something.”

Sentencing disparity is a big issue in many of these small town struggles, where many see it as the modern continuation of the brutal Southern heritage of lynching. At the demonstration, family members and allies spoke about the issues at the center of the case. “I don’t know how the DA or the court system gets involved in a school fight,” said Jones. “But I’m not surprised – there’s a lot of racism in Jena. A white person will get probation and a black person is liable to get 15 to 20 years for the same crime.”

ALAN BEAN TAKES ACTION
Alan Bean began his activism in 1999 in response to a string of false arrests in his town of Tulia, Texas. In response, he founded Friends of Justice and dedicated himself to supporting community organizing around cases of criminal justice abuse in rural Texas and Louisiana. His work is often a vital intervention, bringing experience and ideas to local struggles. Small towns like Jena — which has a population of 2,500 and is 85 percent white — are often left out of the organizing support, attention and funding that organizations in metropolitan areas receive.

This disparity was not always the case. Rural southern towns were the frontlines of the 1960s civil rights movement. Groups like Congress of Racial Equality (CORE) and Student Nonviolent Coordinating Committee (SNCC) were active throughout the rural south.

These rural towns have also been important sites of homegrown resistance. In 1964 in Jonesboro, just north of Jena, a group of Black veterans of the U.S. military formed the Deacons for Defense, an armed self-defense organization, in support of civil rights struggles. The Deacons went on to form 21 chapters in rural Louisiana, Mississippi and Alabama, continuing a legacy of defiance that inspired future generations of organizers.

Violent confrontations with racial undertones still occur in many of these towns. Shortly after the incident in Jena, Gerald Washington of Westlake, La., was shot and killed three days before he was to become the town’s first Black mayor. The local police termed it a suicide. Less than two weeks after that, shots were fired into the house of another Black mayor, in Greenwood, La. Jena was also the site of the Jena Juvenile Correctional Center for Youth, a notoriously brutal prison that was shut down in 2000.

JUDICIAL RACISM
Jena residents formed their own defense committee without the support of national organizations. They have been holding weekly protests and organizing meetings that have attracted allies from near and far. The gathering in early May was attended by allies from other northern and central Louisiana towns and representatives from the American Civil Liberties Union (ACLU), National Association for the Advancement of Colored People (NAACP) and National Action Network.

Marcus Jones explained a litany of reasons why the students should not be charged with attempted murder. “The kid did not have life threatening injuries, he was not cut, he was not stabbed, he was not shot, nothing was broken. You talk about conspiracy to attempt second-degree murder, you think about the mafia, you think somebody paid a sniper or something. We’re talking about a high school fistfight. The DA is showing his racist upbringing, and bringing it into the law.”

For three of the youth, Robert Bailey, Theo Shaw and Mychal Bell, trial starts May 21. The other dates have not been set yet. “One of my goals in life is to go to college and not to go to jail, and that changed me right there,” Purvis said. “That crushed me, to be in a jail cell.”

Jordan Flaherty is an organizer based in New Orleans and an editor of Left Turn magazine. He will be speaking at Bluestockings on Thursday, May 24 at 7pm, in conjunction with the release of the new book, What Lies Beneath: Katrina, Race and the State of the Nation. A longer version of this article originally appeared at leftturn.org.