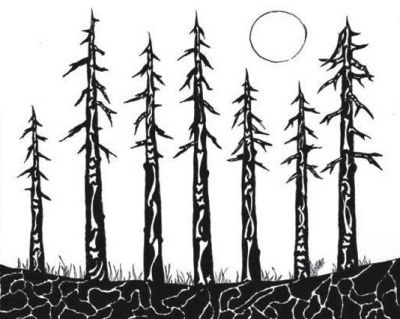 Is green the new red? As the federal government continues its crack down on environmental activists, comparisons between the current “green scare” and the 1950s Red Scare are becoming eerily apparent. Will Potter, the leading journalist covering the “green scare” and host of the website, “Green is the New Red,” explains that the Red Scare was about more than the fear of communists infiltrating the U.S. government. “It was about the cultural threat,” he said. “People were against the entire system of capitalism, which so many felt was the very principle that the country was based on.”

Corporations and research programs that find themselves the targets of environmental and animal rights campaigns are turning to the government for help, says Potter, not only to prosecute people for criminal damages, but also to discredit their beliefs. “The War on Terrorism is merely a tactic to fight an ideological war against those who challenge the notion that humans have the right to subjugate the environment or animals to their own selfish interests,” Potter said.

And this challenge has been fierce. According to FBI estimates, at least 1,100 acts of graffiti and property destruction, resulting in more than $110 million in damages, have been claimed by radical environmental and animal rights in the past 30 years. These actions have provoked a reaction from industry and rightwing ideologues that, at first glance, seems disproportionate to the damage inflicted.

“We must fight not only against particular environmental terrorists but also against the ideology that inspires them,” wrote Dr. Onkar Ghate, a senior fellow at the Ayn Rand Institute, Jan. 30, 2006. Bron Taylor, a University of Florida professor and expert in the study of religion and radical environmentalism, has documented this ideology. In his research, he found that many people in the movement adhere to a philosophy based on a nature-centered spirituality mixed with components of the world’s major religions. “Radical environmentalism is best understood as a new religious movement that views environmental degradation as an assault on a sacred, natural world,” Taylor wrote in 1998.

And this degradation of the environment, they believe, is rooted industrial capitalism’s incessant conversion of natural resources into property and profit. In several of his books including A Culture of Make Believe and Endgame, popular author and environmental activist Derrick Jensen has meticulously compiled arguments to suggest that American society is a “culture of death.” “We’ve evolved this way of living — industrial capitalism — and it is killing the planet … The religion of this culture is economic production and nothing can go against that,” he said.

When public advocacy fails to protect animals and the environment, radical environmentalists take it upon themselves to directly intervene. “The Earth is not dying, it is being killed … and you can’t just sit back and watch it,” details the Church of Deep Ecology’s website. “Direct action is vital to stopping environmental destruction … direct action is a form of worship.” The trenches on the cultural war battlefield have been dug deep and the U.S. Justice Department claims to have the upper hand, putting 10 environmental activists behind bars this year in Operation Backfire. Several related cases are pending and the government is threatening to convene another grand jury in the Midwest. “They don’t just want to destroy underground activists,” said Potter. “They want to destroy the entire movement, because that is what is a threat to values of civilization.