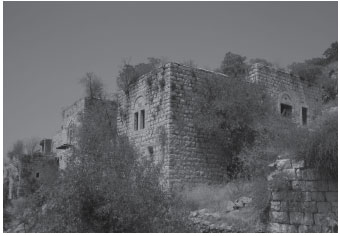 JERUSALEM, Israeli — Jews call the founding of the State of Israel in 1948 a “war of liberation.” Palestinians call it the Naqba — the Catastrophe. More than 500 villages were destroyed and roughly 800,000 Palestinians became refugees — some internally and many in the West Bank and Gaza and in neighboring Lebanon, Syria and Jordan. For the past 60 years, that history has been contested terrain. Throughout Israel signs, landmarks, and memorials commemorate events in Jewish history more than 2,000 years ago, but there is nothing marking the sites of destroyed Palestinian villages and the massacres of Palestinian civilians 60 years ago.

Few Israeli Jews realize that much of the land that is now parks and national forests was once the site of Palestinian villages. One of the organizations trying to bring this lost history to light is Zochrot — Remembering the Naqba in Hebrew. The goal of the five-year-old organization is to tell the Israeli public what happened in 1948. The group makes tours of destroyed Palestinian villages; contacts people who lived there to record their stories; publishes books of refugee testimony; hosts lectures and workshops for students, activists, and teachers; and places signs in former villages explaining the history of the sites. The signs are usually torn down within hours.

The Nazi Holocaust is a “very deep trauma that affects policy today,” explains Tamar, a Zochrot activist who asked that her last name not be used because she was afraid it might jeopardize her position at work. Rather than saying, “This can never happen again,” the Israeli public says “this can never again happen to us,” thus justifying occupation and discrimination against others. The Holocaust and the establishment of Israel are always linked, in a parable of death and resurrection, she says.

“Jews are used to being the victims,” says Tamar. “It’s hard to accept that they are the oppressors.”

The issue of Palestinians displaced in 1948 is much more sensitive than the occupation of 1967, Tamar explains that people might be willing to talk about a Palestinian state in the Occupied Territories, but to question what happened in 1948 is to attack the Zionist narrative.

She described how in February 2005 Zochrot took some 300 Jews and Palestinians to tour the site of the destroyed village of Lifta, near Jerusalem. The pool from the spring that supplied water to the community is now a favorite swimming spot for Orthodox Jews. They gathered around the touring group, which included former Lifta residents, shouting “Death to the Arabs,” and the activists had to call the Jerusalem police to escort them through the village.

Zochrot has also worked through the courts. The group forced the Jewish National Fund to put signs up in Park Canada saying that there had been Palestinian villages on the site, which was evacuated during the 1967 war. The signs have since been destroyed.

Nevertheless, Tamar is optimistic: “Slowly it starts coming to the surface. Twenty years ago there was nothing. Maybe it has to be a new generation. It can’t be people who fought in ’48.”

For a look at Palestinian and Israeli history, visit nakbainhebrew.org.

Photo: Residents of the Palestinian village of Lifta were driven out in 1948.