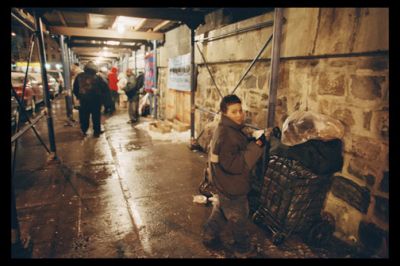 Prevention Assistance and Temporary Housing (PATH) intake facility for homeless families in the Bronx was home to the “sleep-out” protest Dec. 13 against the Department of Homeless Services’ policy of denying people emergency shelter. Frigid temperatures did not keep homeless families, community leaders and activist groups from voicing opposition to the Department of Homeless Services (OHS) policy in the form of a candlelight vigil, defiant chants and a press conference.

Organized by Picture the Homeless, the sleep-out was held in response to a recent decision by the DHS to deny emergency overnight shelter to families who had been deemed to have housing alternatives that they were not using. Under the new policy, the only families who remain eligible for emergency shelter are those who can show that their housing circumstances have changed since being assessed by DHS. However, advocates for the homeless say that the policy denies families with legitimate claims of having nowhere to go for the night, while endangering many of the city’s neediest. 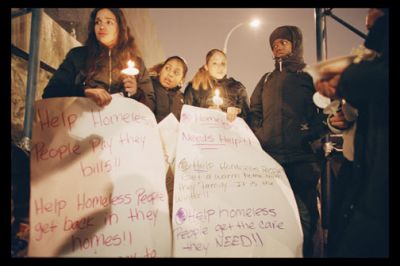 “I spoke with a woman who came down [to New York] from Massachusetts, and she is a domestic violence survivor. At one point she had stayed briefly at her friend’s tworoom apartment and she came down with three of her children, so that’s seven people in two rooms. DHS is telling that person that she could live back there with them,” said Picture the Homeless organizer Nikita Price.

Until October 2007, any family who did not qualify for permanent shelter with DHS because they were deemed to have “an available housing option” could arrive at the PATH intake center facility in the Bronx after 5 p.m. and apply for emergency shelter. Families would then be bused to shelters around the city — sometimes not receiving a place to sleep until the early morning, only to be awoken at 6 a.m. by shelter workers.

The onerous process was one that was used sparingly by many shelter seekers. According to the New York Times, in 2006 the average number of families applying for such temporary shelter was small — only 75 a month. However, by July 2007, the number had jumped to more than 800 a month, with some families relying on the system for weeks at a time. According to DHS, between August 2006 and August 2007, the number of temporary shelter seekers soared 102 percent.

In order to handle the rising influx of temporary shelter seekers, the city decided to use a 2005 legal decision allowing them to deny shelter to those with housing alternatives, claiming that the system was being abused by families who simply did not want to stay in crowded living situations. 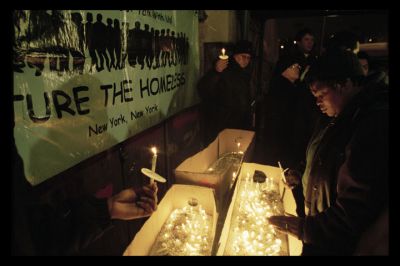 “We cannot allow this subculture of ineligible families to cast a shadow on the entire process,” Robert V. Hess, the commissioner of homeless services told the New York Times in September 2007. “We need to get to the point where ‘no’ really means no.”

According to an Oct.29 DHS press release, the policy had the immediate effect of reducing the number of temporary shelter seekers by 46 percent, with 73 percent of families with “available housing options” no longer applying for shelter.

Advocates for the homeless characterize the claim of success as ridiculous, saying that people in need of shelter are being turned away. “When homeless people are turned away from city shelters and told to double and triple up … of course your numbers will be down. But is this the solution we’re looking for?” Price asked.

Battered women are especially hit hard by this policy, explained Susan Lob, the director of Voices of Women, a grassroots organization dedicated to improving public assistance programs relied on by victims of domestic violence.

“For them, it’s a life and death situation,” Lob said. “Our concern around this issue is that battered women are being turned down because they have someplace else to go, and for battered women that might be a dangerous place.”