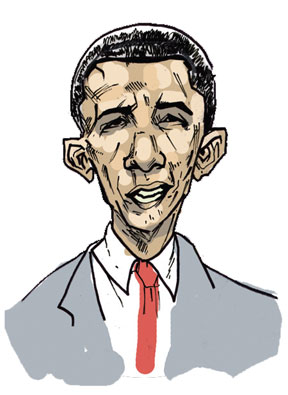 While Democratic candidates are promising “change” after seven years of the Bush administration’s policies, what the candidates say, and what they actually mean, are two different things.

Now that the primary field has been narrowed to a Clinton-Obama scuffle, The Indypendent takes a look at the dismal reality of two leading candidates’ platforms. For comparison, we also look at the positions of John Edwards and Dennis Kucinich, who recently dropped their presidential bids. Edwards and Kucinich will still be on the ballot in New York’s Feb. 5 Democratic primary.

While the positions advocated by the leading Democrats may sound appealing to voters — they do little to address the urgency of global climate change, and do not solve any of the underlying causes. Climate scientists claim that reducing carbon emissions by 70 percent by 2050 will still result in a 3.6 degree Fahrenheit increase in global temperatures.

Experts say that a biofuel “solution” will displace millions of people, disrupt global food markets and create an ecological nightmare. Carbon-trading schemes only create a mega-billion dollar giveaway of the public airspace to private interests while not reducing much pollution. And there is no such thing as “clean” coal — mining and processing coal is ecologically devastating and harmful to local communities.

While overwhelming opposition to the war in Iraq was cited as a main reason for voters’ rejection of Republican candidates in the 2006 elections, none of the leading Democratic candidates have proposed immediate withdrawal of the troops before 2013. As senators, Clinton, Edwards and Obama voted to continue funding and authorizing the war. 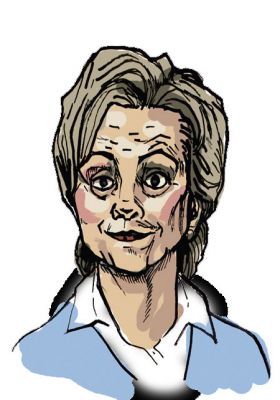 If you are one of the tens of millions without healthcare, don’t fret.

Clinton and Edwards aim to create universal healthcare not by addressing a failed system, but rather by making it illegal to not have health insurance. Their plans will recreate on a nationwide scale the failed healthcare plan of former Massachusetts Gov. Mitt Romney, which will slap $1,000+ fines on residents who do not buy health insurance. Obama, on the other hand, simply proposes using tax dollars to further subsidize the profit-driven private insurers that have failed to provide healthcare to millions of Americans.

While the specific platforms on education vary from candidate to candidate, neither Clinton, Obama or Edwards has proposed ending the Bush administration’s controversial No Child Left Behind. Made law in 2002, No Child Left Behind promised to reform the nation’s “failing” schools, by imposing frequent standardized testing.

Under the plan, schools that fail to achieve improvement in students’ performances are penalized and eventually will be shut down. Many teachers say that the rigorous testing is burdensome, forcing students to regurgitate information without understanding. The issue of “merit pay” based on students’ performances on standardized testing, is also a contentious issue among educators.

In contrast, Kucinich’s education agenda is part of a larger plan to reprioritize values in America, including addressing inequities rooted in race, class, gender and sexual preference discrimination that pervade the classroom. Noting that only 2.9 percent of the budget is spent on education, Kucinich would slice the pie differently, giving less money to war and more to peace initiatives, which include taking care of America’s youth.