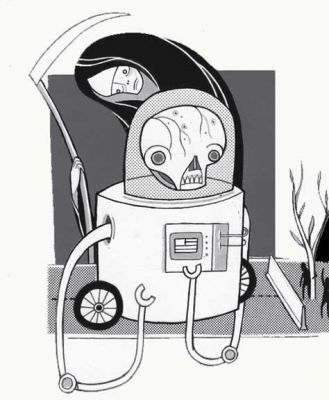 Military recruiters are a familiar sight in Bushwick, Brooklyn, a predominately black and Hispanic immigrant neighborhood where nearly 30 percent of residents live below the poverty line. The area is serviced by two recruiting stations, one on Myrtle Avenue and one in neighboring East New York. Recruiters approach students after school in major shopping thoroughfares like Knickerbocker Avenue, while high schools students receive visits from former students who have joined the military.

Tamara Henderson, a recent graduate of a Bushwick high school remembers recruiters in the school at least once a week, asking for students names in the office and approaching students in the hallways with flyers and information material.

“I feel like they are just targeting blacks and Latino students,” said Henderson. “We should be having college recruiters in our schools to present options to continue our education. Instead we are left with military recruiters, feeding us lies and empty promises.”

“These recruiters are like vultures,” said Desiree Camacho, 16. “When I walk pass the recruitment station they harass me and get in my face to hand me materials. I have even somehow received emails from them and information comes to my home.” To fight back against the recruitment of their youth, community members organized with Make the Road New York have been working with local high schools to make students aware of the dangers of joining the military.

In 2003 Make the Road helped to start the Bushwick School for Social Justice (BSSJ), which was once part of Bushwick High school, a failing high school with a 23 percent graduation rate. Make the Road is now a “community partner” to BSSJ. They help with curriculum development, offer social justice classes and organize with youth through their Youth Power Program in campaigns like fighting to have the airport-style security removed from the school’s main entrance.Mark Rush, BSSJ Assistant Principal, says that as soon as students enter BSSJ as freshman, they are told they are going to college. It is ingrained in them — they are preparing for college.

“We help them apply and get aid and support them and their families through the whole difficult and scary process — this is our alternative [to the military].”“While we don’t currently have an official counter-military recruiting campaign it is part of our daily conversation with youth,” said Sarah Landes, education coordinator of Make the Road. “We offer youth-led workshops on military myths, counter-recruitment and the cost of war. We also work collaboratively with other organizations on a city-wide level to fight recruitment in schools and on the streets.”

Make the Road has organized street theater protests outside the Myrtle Avenue Recruiting station. In the last one, which Landes calls “intense”, kids dressed up in orange jumpsuits and had black hoods on to protest the 2005 Haditha massacre in which 24 Iraqi civilians were killed.Although it tries to “create a community of young leaders demanding the best from themselves today and working together for a more just tomorrow,” BSSJ must still technically allow military recruiters on campus.

“Schools with high poverty populations get Title III federal funding, which we cannot do without, nor do we have the choice to not accept it,” said Rush. “However, we do not give recruiters much of an audience.” The school distributes opt-out forms to students, to prevent the school from being forced to turn over students contact information to recruiters, also mandated by No Child Left Behind.

“I believe in our five years only two students have signed up,” says Rush.These days the halls of the Bushwick School for Social Justice are adorned with students’ poetry and art, and posters bearing quotes from heroes like Che Guevara, Joe Hill and Cesar Chavez. Students call teachers by their first names, and you could walk into any administrator’s office and find a student sharing a joke or details of their day.

“I wouldn’t join the military if it would save my life,” said Robert Moore, a 15-year-old BSSJ student who participates in a Make the Road after-school program. “The government is taking away funding from our school so I see no point in having the military there.”