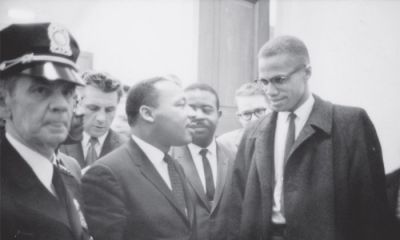 The term “radical” is always subject to misunderstanding. During the recent controversy about the Rev. Jeremiah Wright, many white Americans heard edgy black political discourse for the first time and were alarmed. It was to them radical. Yet today anyone out of the mainstream is considered radical. Such a definition is only a negative one and as such is useless.

“Radical” refers to getting to the root or foundation of something. In that sense, a political radical is someone who attempts to get to the root of a problem and suggests a solution. Defined this way, one can be a radical from the political Right or the political Left, but generally speaking the term “radical” suggests someone on the Left.

Black radicalism is a current that has long existed in Black America. What is critical to grasp is that radicalism has no permanent definition. What was radical in 1892 may not be as radical in 2002.

Black radical currents surface and decline much like other political movements. One must be very careful however, to not define radicalism by rhetoric, bravado or even tactics. In understanding radical currents, one must look at the entirety of the movement and from that draw conclusions. The Rev. Dr. Martin Luther King Jr., for instance, is often viewed as something of a mainstream black political figure, yet when one follows the evolution of Dr. King between 1965 and 1968, one sees a trajectory that is clearly radical.

King concluded that it was not enough to win an end to formal segregation or even to win voting rights. For the last two to three years of his life he focused on the intersection of racial justice, economic justice (including his Poor People’s Campaign and support for unionization) and what we would now call global justice (specifically his courageous opposition to the Vietnam War). He suggested the need to build a transformative movement, not only addressing the continuing grievances and oppression of Black America, but also looking more broadly toward addressing all those oppressed by the system. King’s resistance to the idea of armed struggle or even armed self-defense did not make him any less a radical than Malcolm X; just a different sort of radical.

In this sense, counter-posing King versus Malcolm causes problems. The nationalism of Malcolm X was no more radical than King’s social transformation orientation. Malcolm’s advocacy of armed self-defense certainly made him tactically more militant than King, but strategically these two great leaders were suggesting that freedom for Black America necessitated a systemic change rather than simply the accumulation of reforms.

Many of us did not “get” this at the time, this author included. We focused on aspects of what King advocated, particularly nonviolence, and concluded that this was mainstream and out of touch with the actual needs of Black America. While it was true that many people who swore allegiance to King were far from radical, and individual reformist organizations were prepared to support King under specific conditions, this did not mean that King himself was captivated by incremental change.

Black radicalism today must be defined as anti-imperialist, anti-capitalist, anti-racist, anti-sexist, anti-homophobic/heterosexist, and pro-environment. What is important to note here is that while the Black Radical Congress (founded in 1998) was able to identify things that Black radicals oppose, and in fact, created a very noteworthy document known as the “Freedom Agenda,” what joins Black radicalism together is a very loose thread. Black radicalism goes beyond a militant opposition to racism but looks at and challenges the structural roots to white supremacist oppression and builds linkages with those opposing other forms of oppression.

Today’s Black radicalism suffers from, among other things, an insufficient number of organizations that have achieved a critical mass in order to exert a significant impact on Black America and the rest of the . While Black radicalism does constitute a legitimate current within Black America — a point that Senator Barack Obama was alluding to in his historic address — it does not lead Black America. At best it exists as a pressure point on the larger body.

There are two principal reasons for the weaknesses of Black radicalism. Internally, Black radicalism has been wracked, particularly since the 1970s, with sectarianism and subjectivism. Inside it is a tendency for individuals and organizations to exaggerate their own sense of self-importance, ignore other allies and exaggerate our own abilities. This has often led to infighting and a wearing away of the layers of sympathy that have existed for Black radicalism within Black America.

The second reason was external. Black radicalism has always been subject to repression by the State. In the post-World War II era, the Cold War repression against communists, other leftists and their allies drove many people into internal or external exile, destroyed organizations and marginalized movements and concerns.

Among other things, with the Cold War repression it became more difficult to talk about issues of class when one discussed the challenges that faced Black America. The second wave of repression was during the 1960s and 1970s with the repression unleashed through vehicles such as the FBI’s notorious Counter Intelligence Program (COINTELPRO), established to destroy black organizations via infiltration and disruption, not to mention through the elimination of leaders. Since the 1980s Black radicalism, as a current, has been attempting to rehabilitate itself, with mixed results.

As we approach the 10th anniversary of the founding of the Black Radical Congress with a conference to be held in St. Louis the weekend of June 20 to 22 — the question of the character of Black radicalism for the 21st century, its necessary organizational forms, and its programmatic agenda, are once again on the table for reflection, debate and, hopefully, forward motion.

Bill Fletcher Jr. is an international activist and writer. For more, see his interview with Nicholas Powers at, indypendent.org.