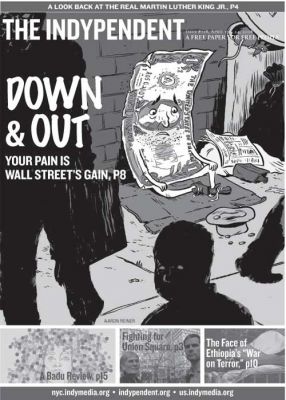 Melez Zenawi is the worst dictator. As a friend of the people of U.S., I am shocked by its [Somalia’s] foreign policy. How would Somalis like the government of the U.S.? They have supported warlords for several years and now are supporting Zenawi against Somalia. The Ogaden region was occupied for over 60 years now and the people of Ogadenia will not give up their right’s to self-determination. Somalis are divided by tribal lines and many, including experts of the region, will tell you that religion is the only thing that can unite them. It’s unfortunate if U.S. is fighting anything with a religious base. The U.S. can have a better friend in the Horn if it sides with those fighting for freedom. They will not forget the U.S. and will give it all of their oil contracts. For sure if U.S. chooses the other way, the people of the region will not surrender and will continue to strive for freedom whether U.S. likes it or not. Zenawi is worse than Robert Mugabe. To Somalis, he is the man behind the 18 years of turmoil in their homeland. Melez has armed the same warlords that dragged the U.S. service members on the streets of Mogadishu. He has caused havoc in the region and continues to make my people hate those from whom they need help (i.e., the West, which is a symbol of freedom in today’s world). Freedom for all people, black, white, Muslim, Christian, Jewish, is of paramount importance. May Allah help all those oppressed in the world today.
—Cabdi

I wish other news media outlets would follow The Indypendent’s great example and tell the truth and tell it as raw and naked as it is. Especially concerning Ethiopia (Ethiopian leaders to be precise), because they’ve been allowed to mass murder for more than 100 years with impunity. But most news media companies, unfortunately, work hand in hand with their governments and only report what they’re allowed to. When will the West stop preaching democracy to the world and really get into the business of implementing it in their countries and for their peoples instead? —Jack

Responses to “Inflation Nation: A Guide to Your Pocketbook Blues,” April 11:

People seem to forget the one and only cause of inflation — central banking. As long as the Fed and banks are allowed to create evergreater amounts of money from thin air, we will have ever-greater inflation. In effect, the banks are stealing from the public by printing their own money. Getting rid of our central bank is the only real solution.
—Anonymous

Forget about “George Bush ever admitting he’s wrong.” Look forward a decade and worry about the trillions (of worthless dollars) we are going to pay as compensation to nations of the world for the “wrong” this administration has done to them.
—Anonymous

My name is Heather and my children are deeply affected by the war. The media uses this as an opportunity to sell more commercials and products to the public. We just want an end to all wars. I have found that there is a global antiwar movement going on all around the world (source: worldagainstwar.org) this worldwide movement is aimed at stopping the war and I think it’s great that real patriots, not desktop activists, hit the streets and demand an immediate end to war. This hurts our citizens but helps the rich. The poor go to war while the rich go to rich schools. This continued enslavement of the American people has continued since Vietnam. When is it going to stop? I think I am going to move overseas and leave America for good, ’cause this is NO PL ACE for my family.
—World Against War

Response to “Bailing out the Billionaires,” April 11:

I enjoyed your article and believe it hit many points! Those who created the problems are those who are receiving significant help. Big business and politics run/control this country and the rest of us are left to sink or swim with the turmoil they create. Greed and incompetence have become their “standard” and now everyone is paying for the selfindulgence of those in power.
—Chris

A follow-up article on the legacies of Malcolm and Martins’ political movements is in due order. What happened to the Nation of Islam and the NAACP and the like? Obviously they are still both around, but what are they doing from a Black radical’s perspective?
—Anonymous