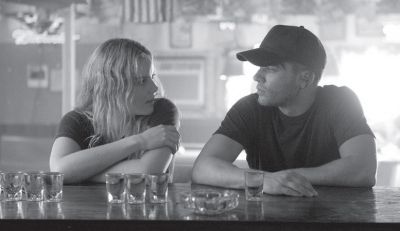 If one wanted to argue Truffaut’s point that it is impossible to make an antiwar film, the first 10 minutes of Kimberly Peirce’s new film Stop-Loss would serve as fine fodder. Kinetic Iraqi alleyway battles (with rocket launchers!) are dutifully employed alongside earnest expressions of American soldiers’ valor and sacrifice. Buoying the intensity is the jocular camaraderie of soldiers far from home, inspecting each other’s distant girlfriends on digital cameras, recording their tanks crushing small cars, and setting their amateur videos of destruction to soundtracks of angry rap and violent metal. The movie seems destined for a military recruitment pitch.

But Peirce last directed Boys Don’t Cry, the haunting story of Brandon Teena, a transgendered teen in Nebraska who runs with the boys until he is revealed and murdered for this transgression; and Peirce’s half-brother enlisted in the army and served in Iraq. So after going through all the maneuvers of a classic war movie, Peirce sends us to Texas, where returning hero Brandon King (played admirably by Ryan Phillippe) is set to get out, proud of his service but resolute about finishing it.

The practice of stop-loss has been called the “back-door draft.” According to Title 10, United States Code, Section 12305(a), the president may order soldiers to remain in the military for longer than whatever is stated in their contract if he feels it is required for national security. Tens of thousands of returning soldiers who have served in Iraq and Afghanistan have been told that they have to remain for another tour (or more) in the war. The lion’s share of the film is set back in the States where King and his fellow soldiers deal with all the complications that civlian life entails for young men who’ve just shot up families and seen their close friends killed in front of them — when King is told he must go back to war. Peirce’s film is a vivid ride from the dust of Iraq to the dirt roads of Texas. The rich palette is a balance to the various characters’ struggle to handle themselves: returning soldiers getting drunk and hitting their girlfriends, girlfriends and families in wide-eyed apprehension juggling their exploding boys, a blinded amputee celebrating his hold on life while thinking aloud about how his death could get his family citizenship, the apprehensions of going AWOL. Their direction and outlooks aren’t the same, and the film, like the war itself, finds no simplistic resolution. What begins with a jingle ends with a meditation.

This film, with its coterie of attractive young stars fighting drunkenly and staring at each other, intent and silent in cars lit only by neon lights, isn’t a film for the activist crowd. We get tossed a hypocritical “support the troops” senator and a few critical remarks here and there, but mostly this is a film about soldiers who’ve done their time and are being conned, by hook and by crook, back into the war. Unless they’ve already been used up. And in this tense drama, we may miss the standard Hollywood antiwar flick’s overblown schematics of a liberal critique. But Peirce is a magician and she manages to craft a touching film that, on the surface, shows a drama of struggling young people, yet sings deep of a soldier’s hymn and an earnest rejection of the military establishment.