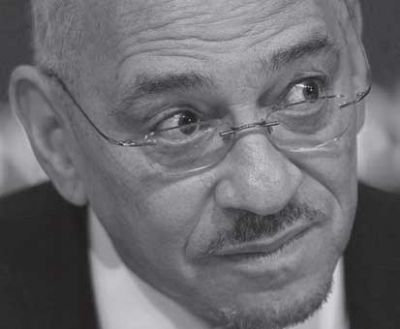 As the media mobs Rev. Wright, test your knowledge of other quotable clergy.

While pundits have excoriated Senator Barack Obama for his years long relationship with Wright, Senator John McCain has largely escaped scrutiny as he embraces ministers who have made inflammatory remarks about Islam, Jews, women, Catholics, gays and pretty much anyone who is not a white evangelical Christian.

This episode also reveals the gulf between the black church and white evangelicals. For one, Wright’s remarks are similar to those made by some of the most venerated black leaders in U.S. history, such as Malcolm X and Dr. Martin Luther King, Jr.

Additionally, Wright’s comments stand in the black church’s tradition of referencing historical events and drawing upon the liberation theology found in the book of Exodus. In contrast, McCain’s evangelical supporters use the apocalyptic language in the book of Revelation and display a fervor for a Christian holy war against Islam.

In this vein, The Indypendent offers two separate quizzes.

Read each statment and match it to one of the following individuals: a) Dr. Martin Luther King, Jr., b) Rev. Jeremiah Wright or c) Malcolm X.

1) “When it came to putting the citizens of African descent fairly, America failed. She put them in chains. The government put them in slave quarters. Put them on auction blocks. … Put them in inferior schools. Put them in substandard housing. … Put them in the lower-paying jobs. Put them outside the equal protection of the law. Kept them out of their racist bastions of higher education, and locked them into positions of hopelessness and helplessness.”

2) “I knew that I could never again raise my voice against the violence of the oppressed … without having first spoken clearly to the greatest purveyor of violence in the world today: [the U.S.] government.”

5) “The Zionist argument to justify Israel’s present occupation of Arab Palestine has no intelligent or legal basis in history.”

6) “We supported Zionism shamelessly while ignoring the Palestinians and branding anybody who spoke out against it as being anti-Semitic.”

Read each statment and match it to one of the following individuals: a) John Hagee, b) Rod Parsley or c) Pat Robertson.

1) Saying that “Islam is an anti-Christ religion that intends, through violence, to conquer the world,” John McCain’s “spiritual guide” preaches that America’s historic mission is to see Islam “destroyed.”

2) Compared by Sen. Joseph Lieberman to Moses, this minister reportedly called the Catholic Church “the Great Whore,” said “The United States must join Israel in a pre-emptive military strike against Iran to fulfill God’s plan,” and stated that “those who live by the Koran have a scriptural mandate to kill Christians and Jews.”

3) He remarked, “The Islamic people, the Arabs, were the ones who captured Africans, put them in slavery, and sent them to America as slaves. Why would the people in America want to embrace the religion of slavers?” He also said feminism “encourages women to leave their husbands, kill their children, practice witchcraft, destroy capitalism, and become lesbians.”