John Carlos had known a lifetime of racism by the time he took to the podium to receive a bronze medal in the 1968 Olympics. Born in Harlem, he won a track and field scholarship to San Jose State University only to find himself and other black athletes still treated as second-class citizens. While the action taken by Carlos and his San Jose State teammate Tommie Smith would come to symbolize the defiance of a generation, both men would be shunned and face years of discrimination upon returning to the United States. Now an in-school suspension supervisor who works with troubled youth at Palm Springs High School (Calif.), Carlos recently reflected on his Olympic journey with The Indypendent’s Nicholas Powers.

Nicholas Powers: What is the responsibility of today’s athletes?

John Carlos: First safeguard what you have been training to do your whole lives. Be smart, if you’re going to protest, have a full understanding of the scene. You’re going to need moral character to stand up against what’s going to come at you.

NP: In the 1968 Olympics, were other athletes talking about protesting?

JC: It was small stuff. Some wore black socks or black berets, but nothing too black or it would offend white society. But the point was to create some dialogue, to make them mad enough to get them to talk. The fallout, after we protested, is they took away my ability to earn a living, to support my family. Friends and family left fearing a reprisal for associating with me. Authorities took their anger out on my kids in school. What kept me sane was that in my heart and mind and soul I knew I did the right thing. 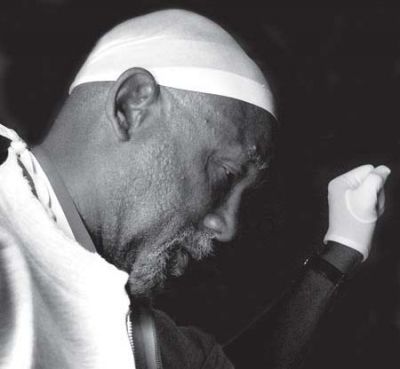 NP: Why is that photo of you and Tommie Smith so powerful even 40 years later?

JC: The picture is a beacon of hope for all humanity, for all people to keep the faith.

NP: What was the physical feeling that moment on the podium?

JC: I was charged. I was more charged than ever in my life. When I left the podium I was not the same man who stepped up. I came down a free man. I’m humbled that God would pick me when I was seven years old; God gave me a vision of being in a stadium and feeling like a winner. I remember telling my father about it.

NP: What was it like to live in a time of such radical consciousness?

JC: It felt natural. We looked at ourselves to raise the level of consciousness. I don’t think we are as hungry for knowledge now as we were then.