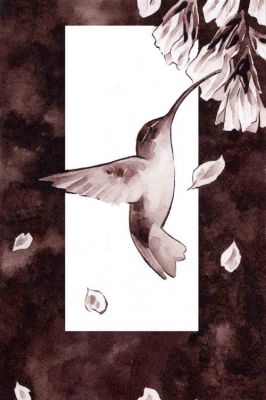 The American century is drawing to a close. The United States is a wounded, but dangerous giant as its power is waning. As there is no contender for the throne, however, U.S. military and political power will continue to be projected globally with the support of other national elites, but with diminishing effect.

The economic crisis is leading nation-states to retreat inward. Just like the Great Depression, which saw the rise of national economic plans such as the New Deal, the Soviet Union’s five-year plans and fascist Germany’s reindustrialization, the proliferation of stimulus plans and bailouts worldwide today indicates the global economic order is unraveling.

The Asian economic model may be finished, with exports declining 50 percent or more in Japan, Taiwan, South Korea and other Asian powerhouses. With demand collapsing worldwide, countries can no longer export their way out of a recession. China’s response, with its huge internal market and cash reserves, has been to implement a far larger and more rational stimulus than the Obama plan.

Yet focusing on domestic consumption to stimulate growth is a losing proposition. Production cannot survive on internal demand alone, and prioritizing domestic manufacturing over foreign trade will inevitably degenerate into “beggar-thy-neighbor” economic warfare. There may be a turn to regional economic and political blocs that countries like Russia and Venezuela are promoting, but these are embryonic for now.

This period harkens back to the time between the two world wars when the United States was the industrial and financial powerhouse, but not the political or military superpower. China is now an industrial and financial behemoth, and it is better placed to weather the global depression than an ailing Japan and a fraying European Union. (The European Union is flirting with disaster, as it does not have the monetary tools to aid Central and East Europe’s export-oriented economies, which are contracting severely and could drag many European banks under.)

China is decades from imposing the type of post-WWII system of governance that saw the United States forge the Bretton Woods Agreement to manage the world economy, establish the United Nations to enshrine big-power rule, wield the Cold War military and nuclear weapons as global instruments of violence, unleash the transnational corporation as the vanguard of capital and enforce a social compact to tame organized labor and repress anti-capitalist movements.

The post-WWII system collapsed in the early 1970s. Monetary policy was undone by outflows of U.S. dollars starting in the late 1950s that accelerated with the huge outlays on the Vietnam War. The corporate rate of profit was depressed by overcapacity resulting from the reindustrialization of Japan and Western Europe and the emergence of newly industrialized countries. (Corporate dividends dried up and the “real” interest rate was low or even negative at times, thus draining the wealth of shareholders and bondholders.)

The era of decolonization and the U.S. defeat in Indochina blunted state violence as a tool and energized radical democrats across the world, including in the U.N. General Assembly. And 1960s social movements started making economic as well as political demands that put further pressure on elites.

Enter neoliberalism to address falling profit rates (and to counter radical political movements). The aim was to reconstruct national economies and the world system with the tools of privatization, deregulation and liberalizing capital flows and the ideology of personal responsibility. The United Nations was defunded and stripped of power, labor was forced back into competition with itself through repression and deregulation, and the Global South was crippled by structural adjustment programs. Wealth flowed upwards as wages and benefits were choked. Americans adjusted by working more hours and sending more household members into the workforce. And consumer debt was used to buoy consumption.

Debt has also been critical to “financialization,” the leveraging of speculative capital to increase profits. This worked because the financial sector increased its debt from about 10 percent of the gross domestic product in 1970 to nearly 120 percent by the time it burned down the house in 2007. But it created one asset bubble after another that governments would then bail out when they burst, such as with the Savings and Loan bubble in the 1980s.

Social programs were starved, but police, prisons, surveillance and military were put on steroids. While the post-WWII state was a warfare-social welfare state, the Reagan-Thatcher model is a warfare-corporate welfare state — which the Obama administration fully supports.

There is a perception that because neoliberalism has been discredited, its time has passed. But laissez-faire ideology has been thoroughly discredited many times before.

The Obama stimulus is not a return to activist government; it’s weak medicine to counter the real deflationary threat. Of the $787 billion plan, about 40 percent is for tax cuts. The “investments” mainly boost programs deprived of funds for years. There is a lot of talk about creating a hi-tech green economy, but little money has been put on the table.

The plan will transfer about $140 billion to the states, but economist Robert Kuttner contends the local government shortfall over the next two years could be up to $500 billion, which means the cycle of job cuts, rising unemployment and Medicaid costs, declining tax revenues, widening budget deficits and further job cuts will accelerate.

The Congressional Budget Office estimates the stimulus plan will produce 3.9 million jobs at most by the end of 2010, but the actual job deficit by then could be 12 million or more from the start of the decline in December 2007.

Obama’s overall economic policy is still cut from the neoliberal cloth. He supports increased military spending, as well as an escalation of the war in Afghanistan; he reneged on his campaign pledge to eliminate the Bush tax cuts right away, and he wants to stick the middle class with the tab for the crisis by cutting Social Security and Medicare.

The reason some may think the neoliberal era is history stems from confusing its tools, such as deregulation and liberalizing capital flows, with its goal of reconstructing ruling-class power. This is evident in how wealth was redistributed upwards. By the late 1970s, the share of national wealth held by the top 1 percent in the United States was at a low, barely more than 20 percent. A few years later, then-U.S. Federal Reserve Chairman Paul Volcker — who is now back in the White House — jacked interest rates, boosting the wealth and income of creditors (and triggering the Global South’s debt crisis). By the late 1980s, the top 1 percent held more than 35 percent of the wealth.

In this moment, policies are being rigged to ensure shareholder and bondholder wealth is salvaged, while homeowners are tossed pennies. The plan to spend $275 billion to help all homeowners in trouble nationwide is dwarfed by the government’s asset guarantees and bailouts to Citigroup alone, which tops $300 billion.

Washington has pumped more than $45 billion of taxpayer money directly into Citigroup, despite the fact that its market value is about $13 billion. Bankrupt insurance giant AIG has received more than $150 billion, but the government has yet to take over its operations, which are being sold off cheaply to other investors. Bailing out the auto sector may eventually top $100 billion, but GM and Chrysler are worth perhaps a few billion combined.

As for the banks, Paul Krugman writes that the Obama administration favors “lemon socialism” because it keeps proposing plans that “involve huge handouts to bank stockholders.” Nationalization would save the banking sector, but corporate management, shareholders and bondholders would be wiped out. And nationalizing one sector might also open the door to nationalizing the automobile and energy sectors and strengthen the push for universal single-payer healthcare.