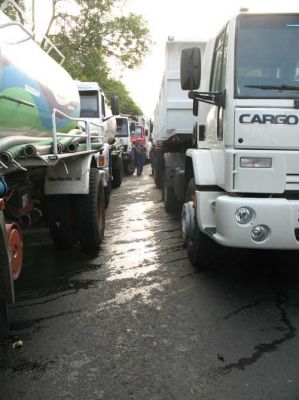 BUENOS AIRES, Argentina—More than 100 trucks blocked the streets in the Constitucion section of Buenos Aires, near Plaza de Mayo, March 5 as part of a large demonstration ending a two-week strike. 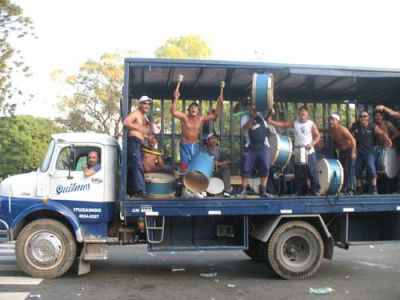 Workers from the truck drivers union Sindicato de Camioneros were demanding three months in back pay from the Buenos Aires government. There were approximately 500 truckers demonstrating — waving flags, playing drums, dancing and chanting from atop their parked city government trucks. 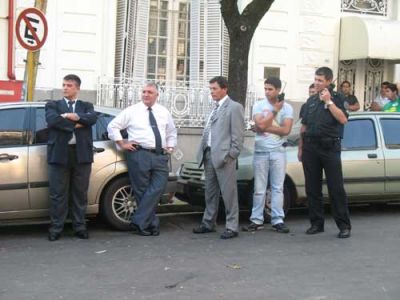 The truck drivers´protest coincided with a demonstration of city construction workers from the union UOCRA (La Unión Obrera de la Construcción) who claimed that Mayor Macri halted construction on a subway project that would bring clean drinking water and sewer cleaning capabilities to slums that have arisen in various parts of the city since 2001. They carried a cardboard cutout of a subway two blocks long as a symbol of the 700 jobs that were lost when Macri nixed the project.

According to one truck driver union member, the police arrested several strikers March 4, which he felt incited a large turn out for the March 5 rally. 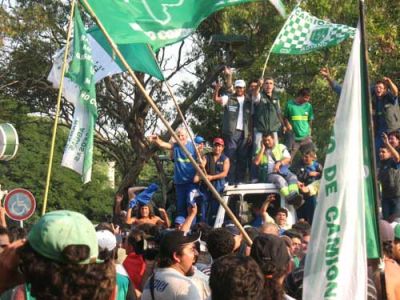 The Teamsters ended the strike when Pablo Moyano, a main organizer and Deputy Secretary of the truckers union, met with Public Space Minister, Juan Pablo Piccardo, and Budget Minister, Néstor Grindetti, who agreed to pay back wages for truckers, a 500-peso raise for gutter cleaners and to rehire fired workers.

The truckers left the rally jubilant, flying flags from the beds of trucks, shouting and smiling.

¨Demonstrating for your rights is always a good thing,¨ said Tito Jamaica, a truck driver and member of the Sindicato de Camioneros, ¨Always¨. 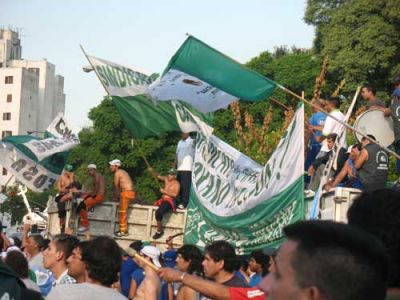