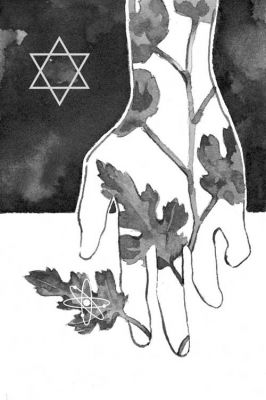 Einstein on Zionism and Israel: His Provocative Ideas About the Middle East
By Fred Jerome
St. Martin’s Press, May 2009

Countless books and articles have been written about the life of the great physicist and thinker Albert Einstein, and since his death in 1955, a near consensus has existed that Einstein was a staunch supporter of the state of Israel.

Veteran journalist Fred Jerome uses hundreds of pages of Einstein’s own letters, articles and interviews — many published for the first time — to refute this thesis.

It is well known that Einstein, a German Jew, witnessed European anti-Semitism firsthand and spoke out against both prejudice and Nazism. These experiences convinced Einstein to support Zionism and a Jewish homeland. After gaining immense fame for his scientific breakthroughs, he was offered the presidency of Israel in 1952 after the death of the country’s first president, Chaim Weizmann.

In reality, while Einstein was sympathetic to the Zionist cause, he repeatedly warned that a “narrow nationalism” may arise if a Jewish-only state was founded and peaceful co-existence with the Palestinians was not achieved. Instead, Einstein advocated Cultural Zionism — the creation of Jewish cultural and educational centers within a bi-national state with equal rights for both Arabs and Jews.

When Einstein was offered the Israeli presidency, Israeli Prime Minister David Ben Gurion stated, “I’ve had to offer him the post because it was impossible not to, but if he accepts we are in for trouble.” In a letter written in the same year, Einstein compared the Zionists’ project with that of the Pilgrims, noting, “how tyrannical, intolerant and aggressive [they] became after a short while.” And in Einstein’s last media interview, which ran in the New York Post a month before his death, he stated “We had great hopes for Israel at first. We thought it might be better than other nations, but it is no better.”

Jerome has authored two previous books about Einstein; The Einstein File: J. Edgar Hoover’s Secret War Against the World’s Most Famous Scientist and Einstein on Race and Racism, co-authored with Rodger Taylor. These books are essential to understanding Einstein, a self-described “revolutionary,” who publicly stated that he would use his fame and celebrity status to bring attention to the causes important to him. For example, Einstein on Race and Racism details for the first time Einstein’s 20-year friendship with Paul Robeson. While the first two books were aimed at filling a large gap in the knowledge about Einstein’s radical beliefs and political activism, Einstein on Zionism and Israel seeks to debunk the myth that Einstein was a supporter of Israel.

In the process, Jerome reveals much about the nature of mainstream propaganda. Einstein’s opposition to Israel was widely known and reported on during his life. In fact, the myth of Einstein’s support of Israel was born the day after Einstein’s death in his obituary in The New York Times, which shamelessly wrote that he “championed” the establishment of the Jewish state. This contradicted decades of reporting from the “Paper of Record.” Jerome provides some examples, including a 1930 article headlined “Einstein attacks British Zion Policy,” a 1938 article stating Einstein was “Against Palestine State” and a 1946 article stating Einstein “Bars Jewish State.”

The book ends with a quote from author and intellectual Gore Vidal, “The only question that really matters: Why?” Jerome follows with, “Why have we not known?”

The New York Society of Ethical Culture will host a reception to celebrate the release of Einstein on Zionism and Israel May 28, 6:30 p.m. 2 West 64th Street in Manhattan. The event is free.

The Indypendent’s Jaisal Noor sat down with author Fred Jerome to discuss why Albert Einstein is remembered for his physics and not his politics.

Jaisal Noor: Why did you decide to write this book on Einstein and his views on Israel and Zionism?
Fred Jerome: When Einstein met Paul Robeson in 1952, Einstein had just turned down the offer to be president of Israel. According to Lloyd Brown [who was present at that meeting] Einstein told Robeson why he had turned down the invitation: He didn’t agree with Israel, with the nationalism, the establishment of the state of Israel, and so on. In both my previous books, there was a brief discussion about Israel. In addition, it is so clearly one of the central issues of today’s world. We cannot ignore this issue and pretend to be concerned about the world or people in the world. It seemed logical to me that if I was going to be concerned about what was happening in Israel, particularly the Israeli oppression of the Palestinians … it would be a logical step to write more on what Einstein had to say. I contacted the Einstein Archives in Jerusalem, and they actually thought it would be a good idea and encouraged me and said that they could provide information that probably had never been published before.

JN: You started with the Einstein Archive in Jerusalem — where else did you go?
FJ: Einstein gave all his papers to the Hebrew University in Jerusalem because he actually helped to found the Hebrew University. As a Cultural Zionist, he was in favor of cultural centers, like universities, but opposed to a Jewish state or nation. I also tried to talk to as many people as possible who talked to Einstein, knew Einstein, who remember Einstein. The most important was [eminent Egyptian journalist] Mohammed Heikel in Cairo. I included this interview, which was certainly never mentioned in any of the more than 100 books on Einstein.

JN: Could you describe the reaction the press had to your previous works on Einstein and the reaction you expect from this one?
FJ: The press’s reaction to the first book, The Einstein File [2002], was one of very significant interest, maybe because J. Edgar Hoover had fallen out of favor with the media in the past 20 years. And so you have a bad guy versus a good guy, Einstein being the good guy. He had just been named Person of the Century by Time Magazine in the year 2000 when I was working on the first book, and I had come up with this file that no one else had — the entire file. So it was a combination of new information and kind of a sexy theme. Then The New York Times devoted a full page of its science section when the book first came out — that helped get the book covered by lots of other media outlets.

When the book Einstein on Race and Racism [2006] came out, there was virtually no coverage in the mainstream media. There was some coverage in the Black press, including the Amsterdam News, some of the websites and so on. Publisher’s Weekly did a review in which they said that it was a good book, was well written, well researched, no complaints, no criticisms. Einstein was a race man, but so what? Six months after the book came out The New York Times finally did do a review of the book, a very favorable review of the book, and published it only in the New Jersey edition, which has very few readers compared to their other editions.

So the contrast was striking. I think primarily because the mainstream media in America really don’t want to write about racism in America and certainly don’t want to identify Einstein with an anti racist position. The other reason the media have ignored this book is that part of the book is Einstein’s friendship with Paul Robeson and while they finally did put Paul Robeson on a postage stamp, after much struggle and protest, clearly the mainstream media and the corporate interests they represent are still afraid of Paul Robeson’s leftism, his socialism, activism, the resistance to them he represented. Outside of the mainstream media it has gotten a very positive reaction. [Co-author] Rodger Taylor and I are still getting invited to speak, five years after the book was published, by students and other groups around the country. But the media reaction was clearly “don’t touch it.”

And my anticipation for this book is that most of the mainstream media will have the same reaction to this book, because I think that their attitude on Israel-Palestine for the most part is well over 150 percent support for Washington’s total backing of the Israeli government. They have been saying in the mainstream media that Einstein was a big supporter of Israel, and they have been saying that since the day he died, over 60 years ago. They never said it while he was alive.