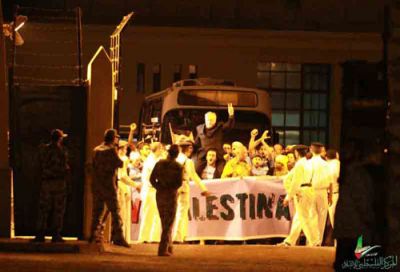 While the group distributed more than $1 million in medical supplies, the 100-member convoy also sought to hear, and then recount in the United States, stories about the experiences of Gazans who have lived under more than 60 years of occupation. Activists also met with local politicians and relatives of political prisoners.

The climate talks at the G8 summit in L’Aquila, Italy, drew to a close July 10 with G8 industrialized nations vowing to cut emissions by 80 percent by 2050.

Emerging countries also called on industrialized countries to help them build lowcarbon economies through financing and technology transfers. However, G8 countries have refused to commit themselves to contributing funding, which according to some experts, might top $150 billion a year.

Physicians for Human Rights is calling for an inquiry into the Bush administration’s failure to investigate possible war crimes in Afghanistan.

As many as 2,000 Taliban soldiers were suffocated to death in container trucks and then buried in mass graves after surrendering to Afghan troops, who were fighting under U.S. military forces in 2001.

Meanwhile, U.S. Defense Secretary Robert Gates recently announced plans to increase the number of soldiers in the Army by 22,000 over the next three years to meet the “persistent pace” of operations in Iraq and Afghanistan, according to The New York Times.

July 2009 has been the deadliest month for the U.S. military and its allies in Afghanistan, with 62 troops killed by July 22.

The International Transport Workers’ Federation, which represents more than 600 unions worldwide, called on its more than four million members to protest Honduran ships July 17 in an effort to oppose the recent military coup.

The federation said it hopes these efforts will “defend democracy” and support the Organization of American States’ denunciation of the ousting of President Manuel Zelaya June 28.

The federation also stated that its goal was to impede loading and unloading of all 650 ships flying the Honduran flag.