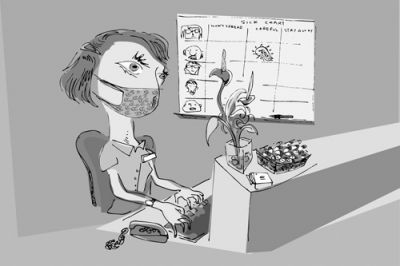 The City Council is currently considering a bill that would require all employers to provide paid sick leave to their employees. Supporters point to concerns over H1N1 as one of the causes of the increased concern about New Yorkers who do not receive paid sick days.

“The fear of a swine flu epidemic has heightened interest in the lack of sick pay coverage for so many New Yorkers,” said Sherry Leiwant, executive director of A Better Balance.

According to a new report, Sick in the City, nearly half of working New Yorkers — about 1.8 million — don’t receive paid sick days. The study, authored by the Community Service Society and A Better Balance, also found that workers without sick days typically work in the hospitality, construction and manufacturing industries.

The Paid Sick Days Act (Intro. 1059), introduced by City Councilwoman Gale Brewer (D-Manhattan) in August, has garnered 38 sponsors, which is more than the 34 votes needed to override a mayoral veto. The City Council is scheduled to vote on the bill Nov. 16.

The proposal seeks to reduce the likelihood of spreading illness to other members of the workforce and the general public. It also allows eligible employees to use paid sick time for their own, as well as for a relative’s, mental or physical illness, injury or health condition, or for preventative care, medical diagnosis or treatment.

“People who don’t have paid sick days can’t stay home when they’re sick,” Leiwant said in a recent press release. “And when their children get sick, that’s a tougher choice. Often they can’t keep them home from school because they can’t afford to take off work to stay home with them. So their sick children go to school.”

For New Yorkers like Roberto, this bill could make the difference between a paycheck or a pink slip. A construction worker in Queens, Roberto, who does not receive sick days through his employer, was forced to miss work after he became ill on the job.

“One time I got sick and fainted on a construction job and I wound up in the hospital. When I tried to go back when I was feeling better, the boss told me to rest more and come back later. So I came back four times, but he never gave me back my job,” said Roberto, who declined to give his last name.

Low-income Latino workers are among those most likely to go without paid sick leave, with 72 percent working for employers that fail to offer paid sick days.

While opponents of the Paid Sick Leave Act claim that the legislation would force employers to shoulder a significant financial burden, Donna Dolan, chair of the New York State Paid Family Leave Coalition, says the cost to employers is minimal, with small businesses looking at a cost of only $5.71 a week if a worker actually takes a sick day.

Dan Cantor, the executive director of the Working Families Party, hopes paid sick days will become a “basic standard” in the workplace.

“Life without sick days is bad enough for working families,” Cantor said. “But when half of New York City cannot afford to stay home when they get sick, it’s a serious threat to public health.”

Jaisal Noor and Tanya Sandler contributed reporting to this article. 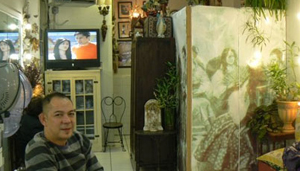 Juno
Jackson Heights
Hairstylist and small business owner
“I think [the bill] is only good for certain businesses. I used to have full-time employees here, but now I only hire help on the weekends. My business is not an upscale salon where I can afford to give my employees nine sick days with pay. “

Rabia Alghani
Manhattan
Stage manager
“I already get 10 sick days from my work, so it wouldn’t affect me personally. But I know plenty of people that work in the city that don’t have any sick days and go to work sick knowing that they don’t have any options, if they want to pay their rent and bills and feed their kids. This will bring people a lot more peace of mind.”

Amanda Harman
Harlem
Business owner, dog-walking company
“It sounds like a great thing, especially for someone that could use it … I used to have employees and be on the other side of it, and I think seems like [it should be a basic] human right or labor law.” 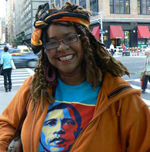 Bernadette Scott
Crown Heights/Harlem
Unemployed
“People cannot control when they get sick. People need income to support themselves and their families regardless of whether they’re healthy or not. People may be skeptical, but until you are the one in need, I think you should keep your mind and your eyes open.”