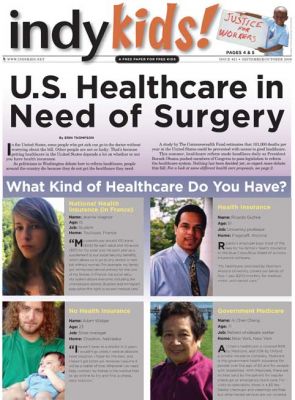 Local right-wing radio broadsided a New York City-based youth newspaper in a long-winded anti-liberal spiel Oct. 20. IndyKids, a volunteer-run newspaper that provides news for 8-to-14-year-olds from a progressive point of view, was targeted on Steve Malzberg’s show on WOR 710AM for its coverage of healthcare, gay rights, food justice and labor unions. In its fall edition, IndyKids spotlighted uninsured Americans and how other industrialized nations run their healthcare systems. Malzberg and his guest could not contain their contempt and said IndyKids was “twisted, sick stuff,” “outrageous indoctrination,” and “pro-union, anti-American.”

“IndyKids is usually the only progressive publication for kids, if there is any, found in schools and libraries,” said IndyKids editor Amanda Vender. “The rest are all from the right or support mainstream consumerism and corporate and government power.”

The attack on IndyKids was mixed in with diatribes against immigrant grandmothers, the French, Ben and Jerry’s ice cream, people without insurance and gays and lesbians. “This is outrageous indoctrination,” Malzberg said. “It starts them real young … on every leftist ideology.”

“It is striking that the right-wing pundits seem to believe that their perspectives will not hold up when compared to those of IndyKids,” Vender said. “Why not allow kids free access to information and let them draw their own conclusions?”

IndyKids is one of many publications found in public and private schools such as God’s World News, Junior Scholastic, Illustrated for Kids, The O’Reilly Factor for Kids and Nintendo Power.

IndyKids was founded in 2005 as a sister project of The Indypendent. Its motto is “a free paper for free kids.” It is currently published five times a year during the school year and is distributed to a growing readership throughout the country.

“A free paper for free kids, they must have the wrong country,” Malzberg said.