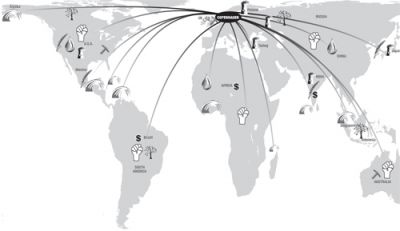 Leaders of 192 nations will convene for the U.N. Climate Change Conference in Copenhagen, Dec. 7 through Dec. 18 to hash out badly needed policy to combat global warming and address climate justice.

We must act now, time is running out, was the message delivered by the community of scientists in a four-part report issued by the Intergovernmental Panel on Climate Change (IPCC ) in 2007, sounding the alarm that unstoppable catastrophic environmental consequences could be on the horizon.

In 2009, the situation appears to be even worse than what the IPCC forecast. Sea ice and glaciers are melting more rapidly than expected. The oceans are acidifying. Methane is leaking from melting arctic permafrost. This is bringing us closer to dangerous feedback loops. Destructive climatic events will intensify as the oceans warm, sea levels rise, currents change, weather patterns shift and large amounts of methane gas are released into the atmosphere. Humans will suffer from intensified storms, droughts, invasive species, the spread of disease, flooding and famine.

So, if things are so dire, why are the meetings at Copenhagen already deemed a failure?

The system that brought us this problem — industrial capitalism built upon conquest and colonization by rich Northern countries for the last 500 years — isn’t going to provide answers. Well, that is, unless there is profit to be made.

This battle over money and power is holding up climate negotiations between the richer, developed countries and everyone else. The answer is simple: reduce pollution, now. One major obstacle, however, is that mainstream environmentalists want to move away from coal, oil, natural gas and biofuel mixtures, and protect the biodiversity of the oceans and forests, but without confronting the power structure responsible. It is also about equality and responsibility: Why should less developed countries have to carry the burden equally, when others have been spewing industrial pollution for some 250 years? Should the Global North pay climate reparations to the Global South?

Curbing climate change will require an unprecedented global honesty about the injustices and environmental devastation caused by greed and power.

That’s why leaders of rich countries are dragging their feet. A handful of countries, including the United States, announced Nov. 15 at the Asia-Pacific Economic Cooperation summit that it would be impossible to negotiate a climate treaty in Copenhagen, given the complexity of the issue.

Ten years after a coalition of environmental and global justice movements took on the World Trade Organization in Seattle, a vast grassroots effort will come together in Copenhagen to disrupt business as usual. It’s time to act now against the system that threatens the planet.

A SNAPSHOT OF WHO WILL BE IN THE STREETS:

The burning of coal is the leading source of carbon dioxide the atmosphere. Worldwide, groups have been protesting the construction of new coal-fired power plants and the mining and shipments of coal. NASA’s climate expert James Hansen says that countries need to completely move away from coal power.

Because trees slow global warming by capturing carbon dioxide activists are working to slow the destruction of forests around the world.

For indigenous peoples who largely depend on the local ecosystem for survival, the effects of climate change have a greater impact. Threats include invasive species, shifts in ecosystems and migrations, mass extinctions, coastal erosion, rising sea levels and a decrease in water supplies. These same communities also say they can offer solutions because they know how to live sustainably on the land.

Small farmers are organized to fight for their right to land. The agriculture industry has pushed them out, and devastated diverse sustainable regional food systems. Small-scale agriculture allows carbon to be sequestered in soil and use less fuel and chemical inputs. Moreover, if we eat local, less energy is used to ship food around the planet.

The intersection of climate change and neoliberalism means half of the developing world lacks access to clean water. Altering weather patters will cause severe drought. Communities contend that water security should be included in the fight for climate justice.

Operation Bike Bloc aims to use pedal power as a direct action strategy. The British climate-art activist collective The Laboratory of Insurrectionary Imagination will promote cycling and civil disobedience. The Critical Mass bicycle ride has been organized in hundreds of cities around the world for more than a decade to advocate for bike-friendly culture.

Organizations and many nations in the Global South are demanding that climate reparations be paid by the industrialized Global North. There is an ecological debt, they contend, from the adverse affects caused by the richest countries polluting for the last 250 years. There is also a call to cancel the debt developing countries owe to international financial institutions.

As the coal and oil sectors are targeted as climate culprits, the nuclear power industry is remaking itself as a green alternative. Environmentalists counter that nuclear power has a huge carbon footprint because of the energy needed to mine and process uranium, construct and decommission the plants, and handle, process and store radioactive waste.

Rising sea levels are threatening communities that did little to cause global warming. They are bringing their stories to Copenhagen to advocate for climate justice.