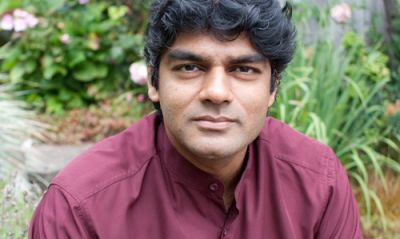 When food prices skyrocketed last year, sparking riots in dozens of countries, Raj Patel’s prophetic Stuffed and Starved became the book to read to understand how a global food system was constructed for the benefit of a relatively few corporations and to the detriment of billions consigned to either hunger or obesity.

Patel’s latest work is The Value of Nothing, in which he deftly critiques the ideology and functioning of the “free market,” while posing already existing alternatives to capitalism gone wild. The Indypendent’s Arun Gupta sat down with the writer, activist and academic to talk about selfishness, democracy, rights and why a hamburger should really cost $200.

ARUN GUPTA: What message are you trying to convey in The Value of Nothing?
RAJ PATEL: I’m trying to explain the economic crisis and provide a crash course about why prices and value are not the same thing. The diagnosis is a political one. The first half of the book deals with the recession and the crisis of capitalism. The second half is about hope — and not the vapid type that was peddled last year — but something far more concrete and practical. Moving beyond the idea that all we need to set things straight is an enlightened consumerism and a bit of government regulation, the book examines what social movements are doing to effect systemic change.

AG: Reporting about the economy usually consists of data about production, consumption, income, growth, jobs. Why do you place so much emphasis on ideology and behavior?
RP: Speaking about the economy as a series of indicators is already an ideological decision, a choice to obscure some irreducibly political elements from the picture. The economy is people’s lived experience of work, after all. For example, when we just hear the unemployment data, the battles over jobs and workers’ control of the workplace are hidden. By talking about ideology and behavior I try to go beneath what the mainstream media report and provide tools to interrogate the standard reporting. The story has everything to do with the way modern consumer society transforms us into far more rapacious creatures than we would otherwise be.

AG: What is the popular notion of the free market?
RP: There’s the economic utopia of the perfect market, where there are many suppliers and many buyers, perfect information, no transaction costs or barriers to entry. The notion of the “free market” was peddled very explicitly throughout the Cold War as providing freedom above all else. Yet the market provides freedom in an incredibly restricted sense. You are as free as the property you own. Without money, you’re without liberty. Because we decide to distribute society’s goods through the free market, the poor are unsubstantially free. 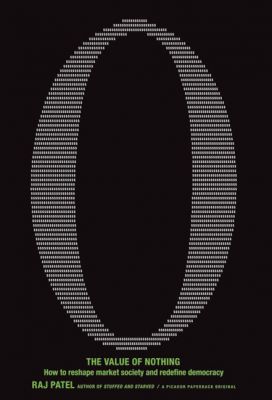 AG: You argue the market is “constructed.” Explain.
RP: People think that the markets that are taught in economics 101 are somehow timeless. They’re not — they’re pretty new. The idea that we can sell our labor or land is historically aberrant. It’s only about 500 years old. It was constructed through the act of enclosure, which, in turn, inaugurated what we now know as capitalism. These markets didn’t happen by magic — they required a strong and forceful government to make them. And, we’re discovering, they require a strong and forceful government to resuscitate them once they’ve collapsed.

AG: Are you arguing in favor of essentialism?
RP: We’ve been fed the line that we are selfish animals at heart. It is an idea taught early and often, and results in Ayn Rand being widely read and respected from U.S. high schools to corporate boardrooms. But we’re not purely selfish animals, and almost every civilization has known this. The Enlightenment philosopher Jean-Jacques Rousseau, for instance, was interested in primate studies, using them to make arguments about how we are socialized and our natural inclination to cooperate. Our state of nature isn’t, he observed, red in tooth and claw. We’re much more complex than “homo economicus,” the standard creature of economics, a being of perpetual want and greed. Studies show that we’re not essentially any one thing, but that we’re capable of behaving entirely contrary to a self-interested animal.

AG: You contend that the actual price of a $4 Big Mac should be $200. What are the real costs of that hamburger?
RP: The Center for Science and Environment in India tried a few years ago to figure out the true cost of a hamburger. Assuming that it was raised on pasture that was once rainforest, the ecological services provided by that rainforest, the loss of diversity, carbon sequestration, water cycling, fuel and tropical product sources, among many other things, the cost would come to $200. The U.S. food industry has huge hidden costs, from the agricultural run-off that causes a dead zone in the Gulf of Mexico to the cultural destruction wrought by the “Western” diet. There are also huge health costs associated with poor diet — in 2007, $174 billion was spent in the U.S. caring for people with diabetes — as well as the public funds that support the industrial food system.

Cheap food is “cheat food.” There are all kinds of costs that are externalized from the price we pay at the checkout. We pay those costs one way or another — but the food companies don’t. Merely having a system of free markets with accurate prices still doesn’t address the underlying issues of poverty and disenfranchisement.

AG: How would you describe the system under which we live?
RP: I once called it “incipient global fascism.” It’s a system in which both the corporations and the state push a vision of citizenship, nationalism, patriotism, inclusion and distribution and in which transgression is punished. It is about a particular moment of conjuncture between the state and capital. Although there are instances of private contractors doing policing, such as after Hurricane Katrina, policing is still done by the government. It’s a state and corporate conjuncture.

During the recent G-20 protests, Pittsburgh was turned into a police state in the service of capital. The underlying politics of fear that we’ve had since 9/11 is alive and well in the Obama administration, and is alive everywhere else in the world, too.

AG: You talk a lot about democracy, participation and collective decision-making as a solution, but isn’t that confusing the mechanics of politics with ideology? Doesn’t that first require a public that is educated to be skeptical, thoughtful and rational?
RP: We have lost the ability to function as “small d” democrats. Where do we learn the art of moderation, of reasonableness, of having principles, of learning to negotiate?

There is an embarrassment of places where we can start learning about democracy and equally many places where democracy is on the defensive. Rank-and-file-driven initiatives like the National Union of Healthcare Workers, the United Electrical Workers, the Longshore Workers and the Wobblies are fighting back. Schools, prisons and even radio stations are spaces in which people can learn democracy. Everywhere can be a school for democracy, but only if we stop viewing our lives as spectators.

AG: You speak of rights, but hasn’t the idea of rights been co-opted by neoliberalism?
RP: Rights were also co-opted from the getgo, and yet they have always escaped the box the powerful tried to put them in. Although rights were invented to mollify the people who didn’t have them, in practice they are the language that has been used by everyone from the landless-workers movement in Brazil to the Zapatistas to the shack-dwellers in South Africa as an authority that trumps the state. As we make our mistakes towards a more perfect union, rights can be a safety net as we engage in that difficult process.

The Value of Nothing will be released by Picacor in January.