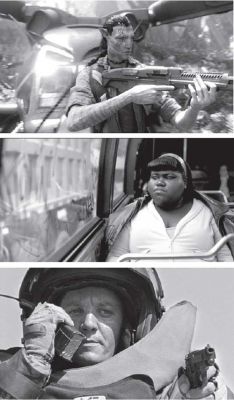 “Oscar” is getting older—this year marks the 82nd awards ceremony for the Academy of Motion Picture Arts and Sciences. But movie lovers will have to wait until March 7 to find out whether or not he has, in fact, become wiser.

For the first time since 1944, there will be ten nominees (instead of only five) for the coveted Best Picture Oscar. And, for the first time ever, two of the Best Picture nominees were directed by women (Kathryn Bigelow’s The Hurt Locker and Lone Scherfig’s An Education), and one by a Black man (Lee Daniels’ Precious).

No woman-directed movie has ever been named Best Picture; only three others have been nominated, out of some 450 nominees: Barbra Streisand’s Prince of Tides in 1992; Jane Campion’s The Piano in 1994; and Sofia Coppola’s Lost in Translation in 2004. Campion and Coppola were also nominated as Best Director—joining Lina Wertmüller, who in 1977 had become the first female Best Director nominee, for Seven Beauties. Streisand wasn’t nominated as Best Director, and no woman has won in that category, either.

On the other hand, 16 out of 81 Best Pictures have been war movies, one of which was actually an antiwar movie.

What makes a war movie an antiwar movie? Showing that war is horrible and never worth the price, as did 1930’s Best Picture, All Quiet on the Western Front. Opposing that vision are those that show war and slaughter as the ultimate test of manhood. But most have occupied a middle ground: War is a dirty job but somebody has to do it, they declare, which essentially supports the (pro-war) status quo by failing to challenge it.

The Hurt Locker is three times a rarity—a war movie made by a woman, a character-driven action movie, and a woman-directed movie with almost no women in it. Yet it fits into that large middle ground, with its story of three members of a bomb disposal unit in occupied Iraq, a story driven by the intense and moving portrayal by Jeremy Renner as the squad leader hooked on the adrenaline rush of his dangerous business. (“War is a drug,” declares an epigraph from the Chris Hedges book, War Is a Force That Gives Us Meaning; the film’s title apparently refers to the protagonist’s collection of fuses and detonators he’s removed from live bombs.) With equally nuanced performances by Anthony Mackie and Brian Geraghty as the other squad members, its tight focus on the three soldiers’ shifting emotions make it one of the most intimate of the genre ever filmed. Yet by positing the three as heroic saviors of the Iraqi people who can’t protect themselves against the evil Iraqi bomb-setting insurgents, The Hurt Locker accepts and approves the occupation of Iraq. It is a strong film; it is a convincing film; but it is not an antiwar film (which could help its Oscar chances).

As the woman director of a young woman’s coming-of-age story, the Danish filmmaker Lone Scherfig hasn’t gotten a fraction of the attention Bigelow has for Hurt Locker. An Education is, after all, what women directors do (that is, when they get a chance to direct at all). Set in London and Paris as the stuffy Fifties begin to give way to the exuberant Sixties, it’s the story of a 17-year-old’s first affair, the chance at college she almost sacrifices to it, and the lessons she learns. Unlike both The Hurt Locker and Precious (see below), An Education is chock-full of sharply drawn characters, from the center of the story—the hungry-for-experience Jenny (Carey Mulligan) and David (Peter Sarsgaard), the twice-her-age seducer— radiating outward to her inadequately suspicious parents (Cara Seymour and Alfred Molina), David’s disreputable friends (Dominic Cooper and Rosamund Pike), and Jenny’s teachers (Olivia Williams and the always impressive Emma Thompson). An Education is a near-perfect film, despite the reluctance of most of the characters to think that a 30-something man who takes an intense interest in a 17-year-old is up to no good—but it’s a small film, about a woman at that, and they rarely win Oscars.

Precious is an even longer-than-long shot. No movie directed by a Black person has ever been nominated as Best Picture; only a handful of films primarily about Black lives (Sounder, A Soldier’s Story, The Color Purple, and Ray) have been nominated, all of them directed by white men. None of them won, nor did any of those nominees tell a tale as grim as does Precious, the story of an obese, illiterate Black teenager twice impregnated and (CAUTION: SPOILER FOLLOWS) infected with HIV by her own father.

At that, Precious—its full title is Precious, Based on the Novel “Push” by Sapphire—omits from its catalog of horrors some of the grimmest aspects of Sapphire’s novel, which describes a young woman sexually abused since earliest childhood by both her parents. Unfortunately, the film version also fails to depict convincingly the ultimate victory that the novel’s Precious wins over her circumstances. In the novel, the horrors throw into dramatic relief her slow and patient struggle up from illiteracy; in the film, she suddenly and for no discernible reason “gets it” and can read.

Even more than in The Hurt Locker, the powerful and compelling lead performances—by Gabourey Sidibe as Claireece Precious Jones and standup comic/actor Mo’nique as her battering and rage-filled mother, Mary—carry the film. As in The Hurt Locker, other characters (including those played by Mariah Carey and Lenny Kravitz) seem to exist only as they interact with the central characters. In the end, the film Precious is neither as harrowing nor as uplifting as the book from which it’s derived.

So on March 7, who will hear the magic words, “And the Oscar goes to—”? Will 2010 go down in Academy history as the Year of the Woman? Will it be the Year of the Black movie?

This critic says not yet. Kathryn Bigelow will be outshone by her ex-husband, James Cameron; the Black characters will lose to the blue ones. Alas, this will be yet another Year of White Guy Dances with Natives of Color and Saves Them: Avatar, all the way (except for acting awards, some of which will go to The Hurt Locker, An Education, and Precious as consolation prizes).

An earlier version of this article that included some inaccuracies was published by mistake; this is the correct version.