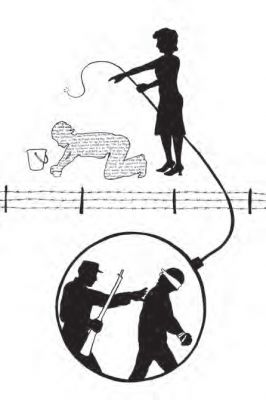 “The message is quite simple: It’s time,” said Shuya Ohno, deputy communications director for National Immigration Forum, one of more than 500 organizations that helped organize March for America. “The president promised to get immigration reform in the first year … everybody agrees that the system is broken and needs to be fixed.”

Republicans and Democrats alike have acknowledged deep problems with U.S. immigration law for more than a decade, yet have failed to develop a comprehensive plan to overhaul the system. After the nationwide immigration marches in 2006, President George W. Bush pushed for a bill that was held up in the Senate in 2007.

As a result, immigrants have become “a semi-permanent class of illegal workers who will never be able to fully take part in American democracy,” said Robert C. Smith, professor of Immigration Studies and Public Affairs at Baruch College and the Graduate Center at City University of New York.

“Our plan has four pillars,” wrote the senators in a Washington Post editorial March 17, “requiring biometric Social Security cards to ensure that illegal workers cannot get jobs; fulfilling and strengthening our commitments on border security and interior enforcement; creating a process for admitting temporary workers; and implementing a tough but fair path to legalization for those already here.”

Their proposal was welcomed by mainstream immigration groups. “It is an important first step,” said Co-Executive Director of Make the Road New York Ana Maria Archila and Lillian Rodríguez-López, president of the Hispanic Federation in a joint statement March 19.

Others immediately criticized the plan strongly. “Schumer’s comprehensive immigration reform means the continued criminalization of the undocumented,” said Teresa Gutierrez, a co-chair of the May 1st Coalition. She spoke during a March 18 demonstration outside Schumer’s office at 757 Third Avenue in Manhattan. “We must unite together to end the humiliation and heartache.”

“The Democrats and Republicans have created a comprehensive immigration reform plan which provides legalization in exchange for even more punitive policy,” said Roberto Lovato, a New York City-based writer and activist. “This means jailing more children and families, more raids that terrorize people, and even more accelerated fattening of the already bloated prison system. We’re witnessing another very cynical, even sinister game that is being played in D.C.”

Deportations increased by 50 percent during Obama’s first year in office — from 264,503 to 387,790 — according to Department of Homeland Security statistics cited by the coalition Fair Immigration Reform Movement.

“This is not sound economic policy or moral policy. This is not leadership nor change we can believe in,” said Pramila Jayapal, executive director of OneAmerica.

Many are not surprised. “Security after 9/11 has contaminated the way we think about immigration in this country” said Dr. Marcelo M. Suárez-Orozco, co-director of Immigration Studies at New York University. “We’re caught in a national security paradigm, and we are out of touch with the realities of citizenship in the 21st century.”

According to surveys by the Pew Research Center in January, 83 percent of people polled said that the economy should be Obama’s top priority, compared to the 40 percent who felt that immigration reform should head the list.

But a report released in January by the Center for American Progress and the Immigration Policy Center calculates that legalization of America’s 12 million undocumented immigrants could bring as much as $1.5 trillion into the U.S. economy over a 10 year period.

Of the 12 million, at least 8.3 million are active in the U.S. labor force, according to a 2008 study by the Pew Research Center. Immigrant rights advocates assert that the broken immigration system creates a twotiered labor market that breeds an exploitative work environment.

Unlike current enforcement-only policy, the Center argues, “comprehensive reform would raise the ‘wage floor’ for the entire U.S. economy — to the benefit of both immigrant and native-born workers.”

“The reality is that immigration reform is about economic recovery,” Jayapal said.

“It’s a great opportunity right now … Obama has managed to unify us momentarily, because of how much suffering he has brought on immigrants,” Lovato said.

“This is about economic justice, fairness in the workplace, labor rights and racial justice,” the National Immigration Forum’s Ohno said. “All these issues really speak to a positive vision of what America is supposed to be.”