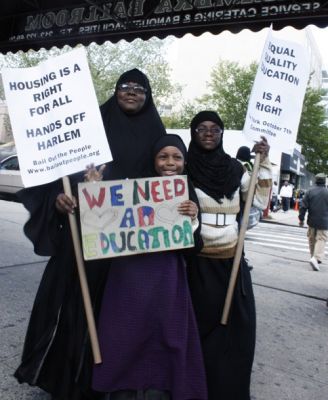 On Oct. 7 thousands of people throughout 32 states, including California, Illinois and New York, participated in the National Day of Action to Defend Public Education. The demonstrations drew attention to budget cuts tuition hikes at public universities throughout the country. There were several actions were held at CUNY campuses in New York City, including demonstrations at Brooklyn College, the City College of New York and Queens College. There was also a rally in Harlem where CUNY students were joined by Harlem hospital workers, as well as union and tenant activists, to bring attention to widespread attacks against the public sector.